Lisa Rinna has a new do’… and another alter-ego of sorts! The ‘RHOBH’ star debuted a blonde hair makeover on Dec. 22, along with the name of her latest shoulder-length wig!

Lisa Rinna is the queen of wigs, but she really outdid herself with this one! On Tuesday, the Real Housewives of Beverly Hills star, 57, unveiled a new blonde do’ just in time for the Christmas holiday. She took to Instagram to share a video inside her massive closet that’s featured in a ton of other glam shots on her page. As for the name of her middle-part, wavy blonde wig? — “We call her Goldie,” Lisa captioned her post, along with a gold star emoji.

Lisa, who appears almost unrecognizable in the clip, sat in front of a ring light while she showed off her brighter locks. Meanwhile, Harry Styles‘ latest hit, “Golden,” played in the background, respectively. Her glam featured a glossy nude lip; sparkling eyes; a bronze contour; and bold lashes. While the Bravo star is known to switch up her look from time to time, this one is  arguably her best to date. Lisa’s celebrity friends and fans alike even gushed over her new do’ in the comments.

“Yes. I love it,” former Real Housewives of Orange County star, Tamra Judge shared. Another former RHOC star, Gretchen Rossi, wrote, “I love her too much,” about Lisa’s wig. Designer to the stars Marc Jacobs commented with, “She is very Goldie.” Heather Locklear even chined in, adding, “So gorge,” in one comment, and “Stop! I thought it was Kelly,” in another. 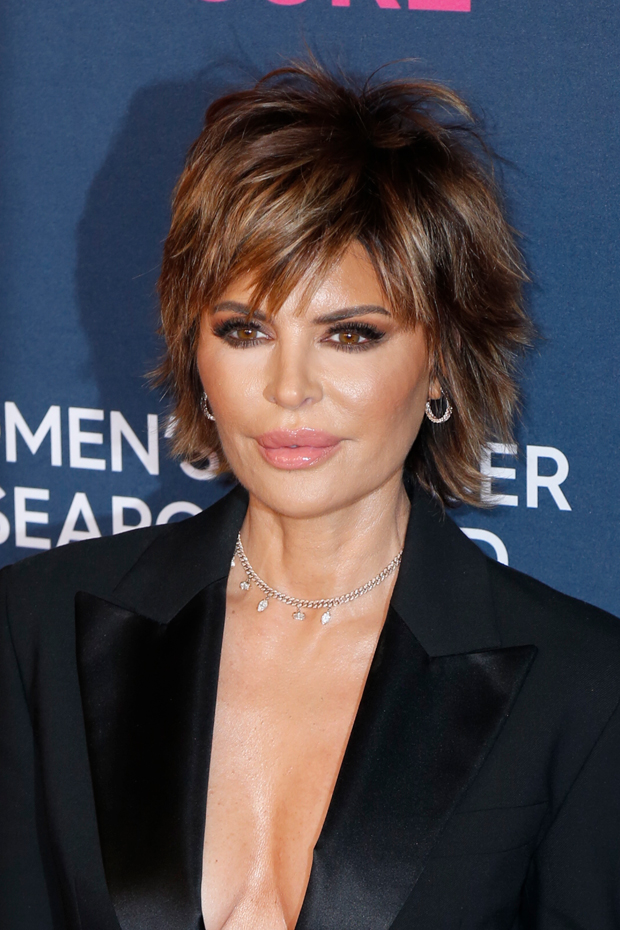 Here’s a fun fact: This isn’t the first time Lisa’s testing out the age-old theory about whether or not blondes really do have more fun. The reality star, who normally sports a choppy brunette do’, has gone blonde on a number of different occasions, and she’s given each of her wigs a special moniker.

Just in 2019 alone, Lisa went blonde at least twice. In June, she opted for a blonde wavy wig with a side-part, named Raquel, for the Season 9 reunion of RHOBH. Four months later, she sported a poker-straight blonde wig with bangs, named Heidi, in November. More recently, in March (2020), Lisa donned a wildly voluminous, long blonde wig named Patricia. — Let’s face it, Lisa Rinna can pull off just about any hair color or style!