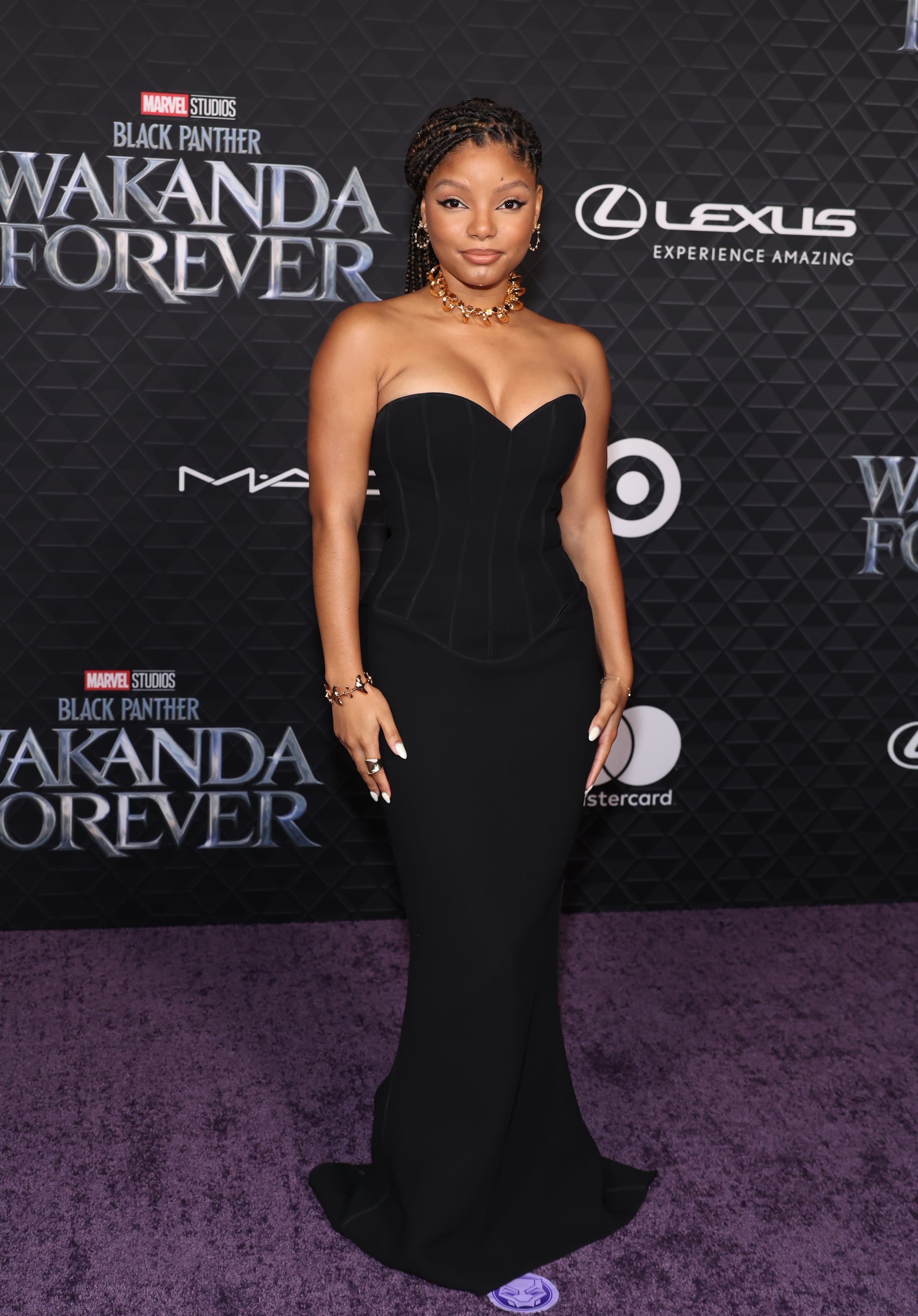 Halle Bailey gave fans a look into what it took to achieve her life-like “Avatar” Halloween costume. On Oct. 30, the singer posted a video on TikTok documenting the process, which involved body paint, special-effects prosthetics, and intricate eye makeup.

In the video, Bailey’s entire body was airbrushed with pale-blue makeup to transform her into the character Neytiri from the movie. A dramatic winged liner was added to her eye makeup, and prosthetic applications were applied to the tips of her ears to make them pointed. Then, Neytiri’s signature blue markings were drawn onto the perimeter of Bailey’s face, as well as her torso, arms, and legs. To really drive home the look, a bright pink was added to Bailey’s lips and nose to give the costume an innocent, almost fairy-like quality.

Celebrities came out in droves this past weekend showing off their festive Halloween costumes, and the looks were nothing short of showstopping. Bailey’s sister, Chloë, looked amazing as Storm from X-Men; Megan Fox turned heads in a spot-on Pamela Anderson costume; Lizzo went all out dressed as Marge Simpson; and Kim Kardashian was almost unrecognizable as Mystique. If you’re looking for some inspiration of your own, take a closer look at Bailey’s costume below.

get ready with me for halloween 🥰💙#avatar ✨