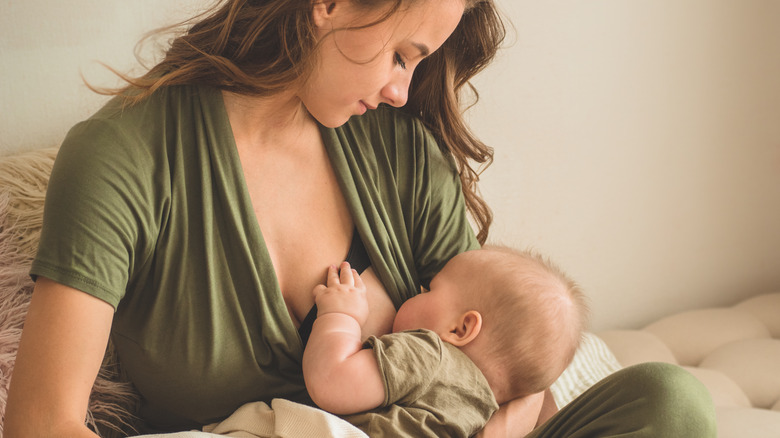 Many women in their youth opt to go crazy and get themselves a piercing to make them feel sexy and edgy. Nipple piercings are one of the ways that some women love to showcase their individuality and sexuality for them and even their partners. There are women who report that nipple piercings make them feel sexier and even spice things up in the bedroom, too (via Bad Girls Bible). But, as they get older, nipple piercings can interfere with some other things they may have coming up in adulthood.

Some women who become mothers are concerned that their nipple piercing can interfere with breastfeeding their baby. With nipple rings being metal and even a danger or hazard for their little one, some moms wonder if they have to remove their nipple ring in order to breastfeed. As it turns out, there is plenty of information available for mothers who are curious about their nipple rings and their baby’s feeding time.

How a nipple piercing impacts breastfeeding 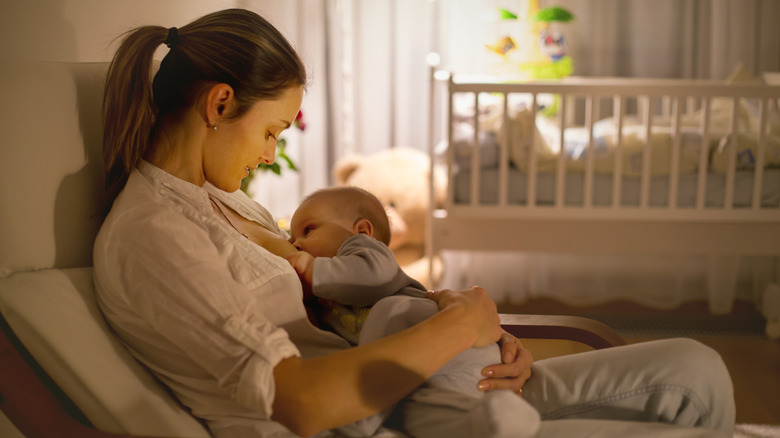 Breastfeeding with a nipple ring is totally fine, as long as the piercing is fully healed. Most piercers will not pierce a pregnant or breastfeeding mother, so more likely than not your piercing should be totally good to go by the time you’re nursing.

While some moms fear that nipple piercings may prevent them from breastfeeding, it doesn’t at all. Milk glands are located in the breast behind the nipple, so the ring doesn’t interfere with whether or not a mom can make and produce milk (via Healthline). However, the nipple ring can sometimes interfere with milk flow and how much you’re able to feed your baby at a given time. Piercings can block milk from flowing or sometimes even cause blocked milk glands, too.

One of the biggest things mothers should remember is to remove their nipple ring before feeding. Even if the ring is secure, a nursing mother should remove it because it can become a chocking hazard for babies if it gets loose. The last thing any mother wants is their newborn choking on a ring.