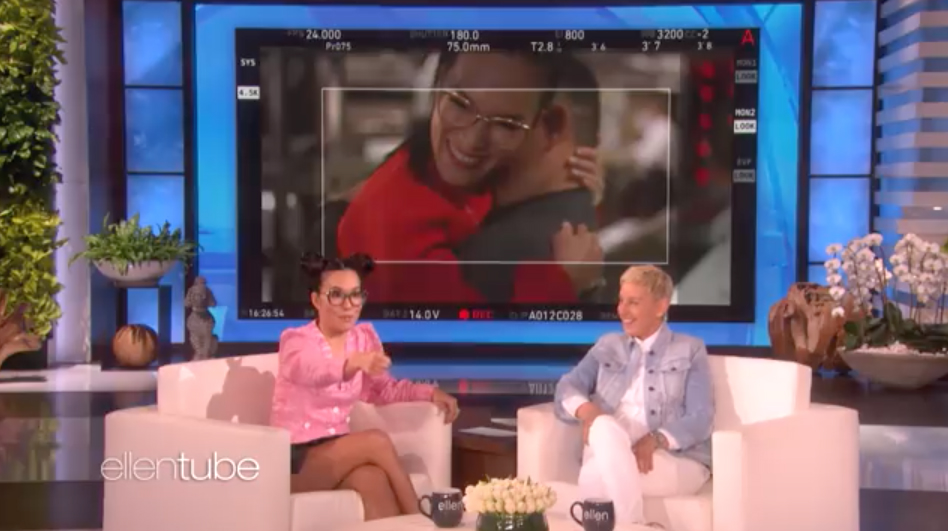 I am very late to the Ali Wong train. I’ve heard so many amazing things about her stand up specials and although I’ve seen clips, I haven’t watch them in total yet. (In my defense, my to-watch stand up special list is as long as my arm.) However, as the resident Rom Com Watcher, I’ll watch Ali’s new Netflix film, Always Be My Maybe, the day it comes out. Ali and her friend of 16 years, Fresh Off the Boat’s Randall Park, wrote the film. It’s about a celebrity chef, Ali, who gets dumped by her successful and super yummy fiancé, Daniel Dae Kim. She reconnects with her high school boyfriend, Randall, and when he realizes he’s fallen back in love with her, she shows up with a dirty talking Keanu Reeves. I have no idea what happens next but what could I possibly want after a dirty talking Keanu Reeves shows up? Just kidding, I know exactly what happens because, as I said, I love rom Ccms and part of that love is their predictability about making me feel warm and fuzzy.

But here is why this movie is going to be so good, because Ali totally gets it. She appeared on Ellen DeGeneres’s talk show to promote the movie and all she could talk about is how excited she was to kiss Daniel and Keanu. She talks about the movie at 3:38 mark. The video is cued:

During the part where Ali gushed over her co-stars, they show a few photos on the screen. One is of her kissing Daniel Dae followed by one of him lifting her up in his arms and her face is just beaming. Those are the photos to which she keeps referring in the excerpt:

Look at that! That’s me kissing Daniel Dae… and then look at the picture afterwards. What you see on my face, that’s a grown woman experiencing joy, right there. Pure joy. Mother of two. My best friend was like, “Was it exciting? Did you have chemistry with Daniel Dae Kim?” I’ve been with the same dude for 10 years. I would have chemistry with a turtle with this point.

So Keanu got involved because you just asked him to do it and he’s a big fan of yours. That’s amazing
Yeah. It was amazing. I couldn’t believe he did it. It was really sweet and, I have to say… going to Daniel Dae Kim, so you can see in that picture where my face has all the joy on it. He improvised lifting me up and that was even more exciting than kissing Keanu. Because, I told my best friend, “he lifted me up and it wasn’t a problem for him.” That was so sexy to me. Like, he just lifted me up and he wasn’t like swearing or anything.

Ali is a comedian so we can rest assured that she’s joking when she implied she’s lost all chemistry with her partner of 10 years, Justin Hakuta. Chemistry doesn’t have an expiration date, and who *doesn’t* have chemistry with turtles, amiright? But what’s absolutely not funny is implying anything is sexier than kissing Keanu! Clearly, Ali had not seen this photoset when she spoke so recklessly on national television.

Actually, getting back to Daniel Dae Kim, since that’s all Ali seems to want to do, I’m kidding as well. I find him incredibly sexy and would love to be lifted up in his arms. He could even swear, I’m not picky. And truth be told, I’d be in heaven hanging out with Randall, whom I enjoy in everything I see him in. So Ali got Netflix to spend all this money to make a movie in which she gets to kiss Daniel Dae Kim and Keanu Reeves and so I could live vicariously through her. Thanks Netflix!

Here’s the trailer for Always Be My Maybe. It comes to Netflix this Friday

Thanks to Just Jared for the story! 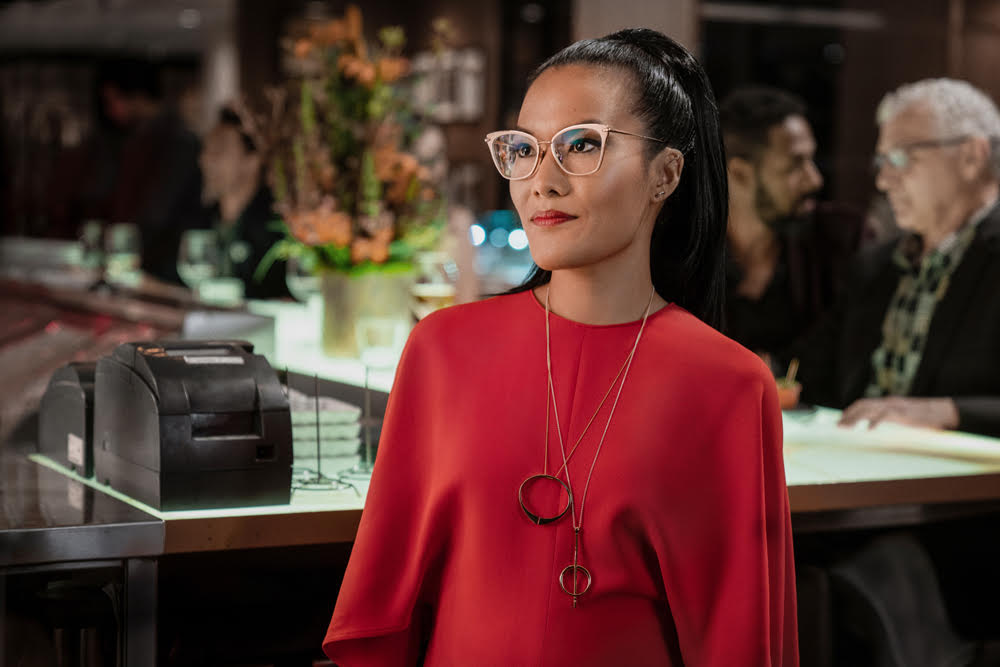 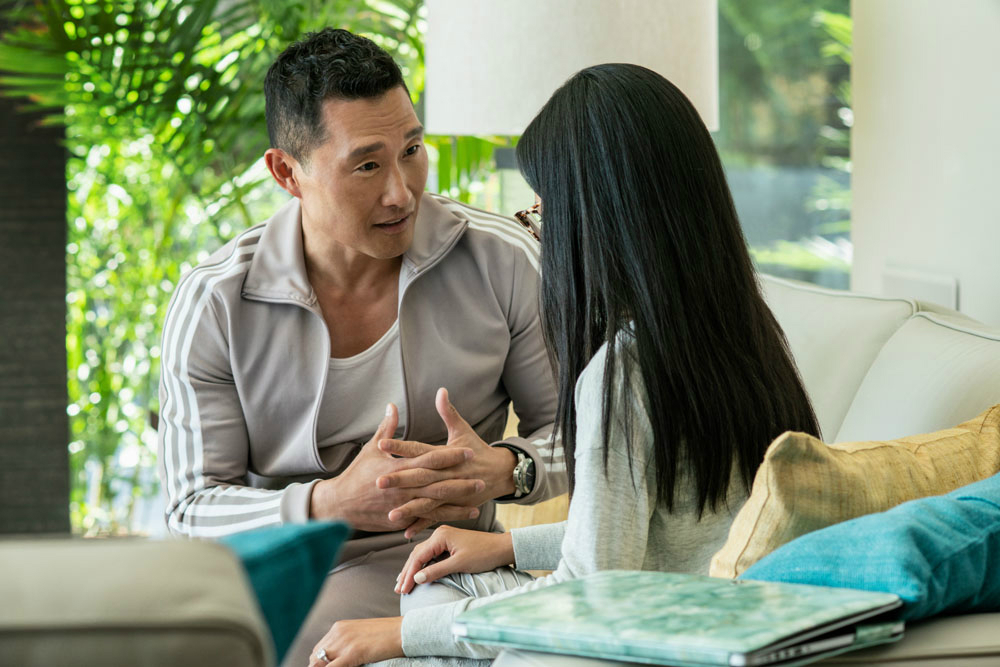 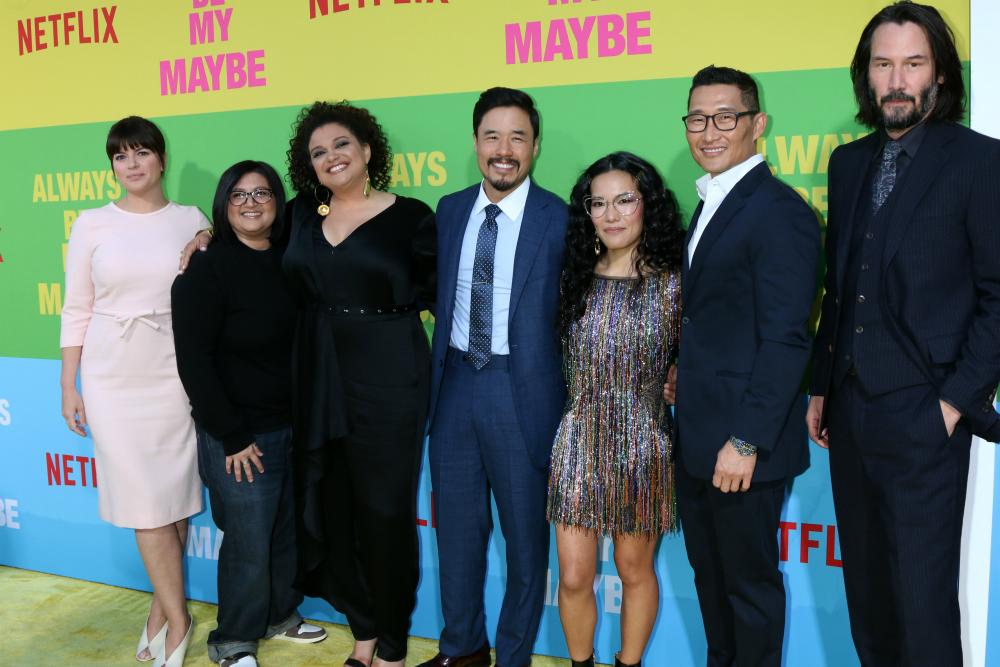