Loose Women favourite Andrea McLean, 50, has opened up about why she and her husband Nick Feeney have drawn a “line in the sand” from where they met and avoid discussing each other’s pasts. The star got onto the subject of the ban in her marriage while speaking about whether people should know all about their partner’s history on the ITV show.

Andrea, who tied the knot with businessman Nick in 2017, explained: “Funnily enough, Nick and I have had this conversation before we even knew we were going to be talking about it.

“We don’t ask about each other’s pasts, the line in the sand is from where we met and then that’s all we sort of need to know.

“You almost think of it like Scrooge, if you’re going back constantly focusing on the Christmases past, you’re not enjoying your Christmas present, so just focus on now.”

Andrea’s co-star Stacey Solomon, who is in a relationship with Joe Swash, revealed in response that she asks her beau to tell her everything, but then often ends up regretting it. 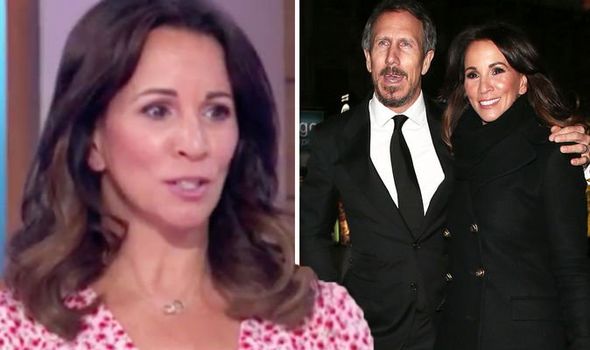 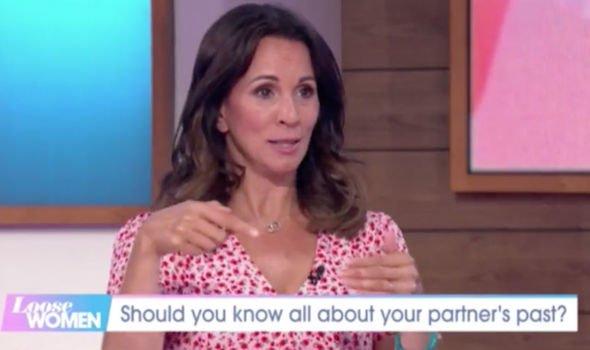 She admitted: “I do that thing where I’m like, ‘Go on, tell me, I won’t care! There’s nothing you can say that would upset me.’

“And then he’ll tell me and he’ll look at me and go, ‘Are you alright?’

“And then I’ll go, ‘Yeah fine’ and don’t talk to him for the rest of the night.”

Stacey then giggled: “I’m terrible, I really feel like I want to know!” 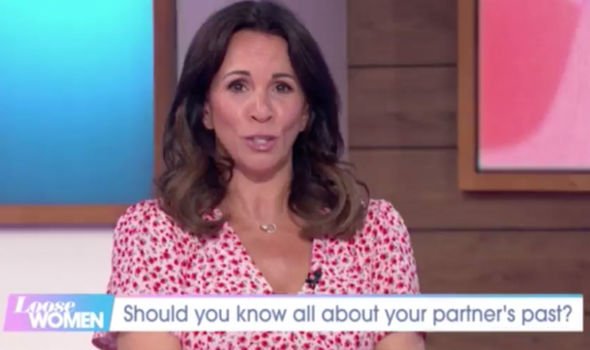 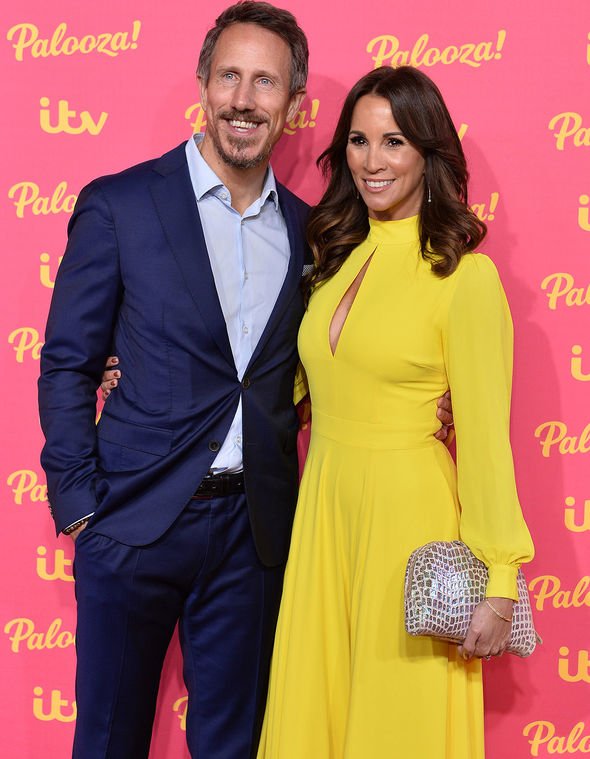 Fellow Loose Women panelist Denise Welch then quipped: “You go, ‘Just tell me, I won’t throw it back at you’ and then for the next 11 years it comes up in every argument!”

Andrea recently gave fans another insight into her love life with husband Nick, as she snapped a screenshot of their adorable “love messages”.

Andrea began by sending her beau the blowing a kiss emoji, which was immediately followed by a hand on the face symbol and the word, “Oops.”

“I meant [love heart],” she quickly typed in reply before signing off with the clenched teeth emoji, often used to symbolise embarrassment.

Nick responded with a laughing emoji and a pink heart.

Elsewhere, Andrea insisted to her 263,000 Instagram followers that they should not “feel bad” about taking some time out to relax in a candid post.

The presenter shared a snap of herself in bed alongside a mantra, which read: “Sometimes the best thing to do is nothing.”

A slight mark could also be spotted on Andrea’s pillow, which she explained was caused by her made-up face.

Andrea wrote alongside the snap: “How good are you at ‘stopping’?

“I always have that nagging, guilty feeling that I should be doing something more productive with my time, because like you, there are a thousand things I ‘should’ or ‘could’ be doing.

“But after driving home from work today with the window open, music blaring, taking deep breaths, doing everything I could think of to keep awake at the wheel (yes, I’d have pulled over if the tiredness got too much and became dangerous), I got home, dumped my bags and crawled into bed fully dressed and with a full face of TV make up. And SLEPT.

“The makeup all over my pillow is testament to that! I still have a thousand things to do, but I needed rest MORE.”

08/11/2020 Celebrities Comments Off on Andrea McLean: Loose Women star addresses surprising ban in her marriage with husband Nick
Recent Posts
We and our partners use cookies on this site to improve our service, perform analytics, personalize advertising, measure advertising performance, and remember website preferences.Ok