A lot of new celebrity relationships have sprung up in 2021. But few — aside from Bennifer 2 — have surprised people quite like that of Andrew W.K. and Kat Dennings. The musician and the actor announced their engagement shortly after revealing they’re a couple. How far apart are they in age, and what is their net worth difference?

Andrew W.K. is known as the God of Partying

The self-proclaimed God of Partying broke out on the music scene in the early ’00s. After touring with the Foo Fighters, he released his debut studio album, I Get Wet, which included his first hit single, “Party Hard.” Since then, he’s put out several more albums, dabbling in subgenres across rock and metal.

Not only is W.K. a solo artist, but he’s known for working as a producer, writing jingles, and even opening a nightclub. Ever the entrepreneur, he’s written a book, dabbled in TV, and hosted a radio show, all with varying degrees of success. On the personal front, W.K. has kids with Cherie Lily, who he married in 2008.

Kat Dennings is an actor famous for ‘WandaVision’

Dennings knows something about spending time with “gods.” She starred in Thor and Thor: The Dark World as Darcy Lewis, an intern who encounter the titular God of Thunder while working with astrophysicists. She later obtained her degree in the subject, appearing in the Marvel Cinematic Universe Disney+ series WandaVision.

Dennings began acting as a child, appearing in such series as Sex and the City and Raising Dad. Outside of the MCU, she’s perhaps best known for her starring role in the sitcom 2 Broke Girls, which ran for six seasons. Before W.K., Dennings dated singer Josh Groban for about two years.

They announced their engagement in May 2021

After W.K. and Dennings shared romantic photos in May 2021, they confirmed their relationship. “Andrew W.K. has recently begun dating actor Kat Dennings,” came a statement published in Exclaim. “The two met earlier this year in Los Angeles. Andrew W.K. and his ex-wife, Cherie Lily, began amicable divorce proceedings in late 2019.”

Less than two weeks later, Dennings and W.K. revealed they’d taken another step in the relationship. “Don’t mind if I do,” wrote Dennings on her social media accounts, sharing photos of her engagement ring. W.K. shared the images, too, along with news stories confirming their engaged status. 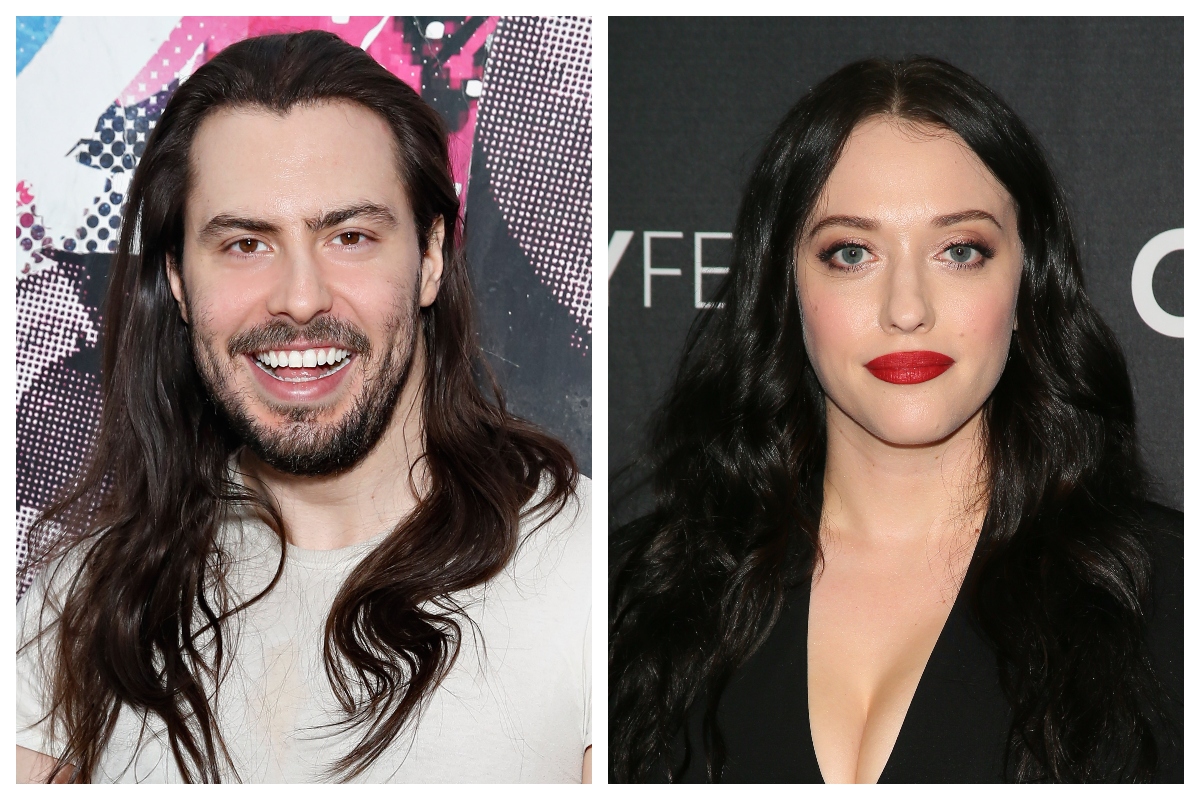 W.K.’s music career has provided generously for him over the years. Between his multiple albums, tours, and affiliated business ventures, he’s continuously brought in money. Coupled with his TV and film appearances and a side career as a motivational speaker, Celebrity Net Worth estimates W.K.’s net worth of $6 million. He turned 42 in May 2021.

But Dennings’ net worth far surpasses her fiance’s. She’s worth approximately $25 million, according to Celebrity Net Worth. Much of that comes from her Two Broke Girls earnings ($150,000 per episode) and syndication royalties from the series, totally around $50 million. Dennings turns 35 in June 2021, making her about seven years younger than W.K.

05/13/2021 Celebrities Comments Off on Andrew W.K. and Kat Dennings: What Is the Difference in Their Age and Net Worth?
Recent Posts