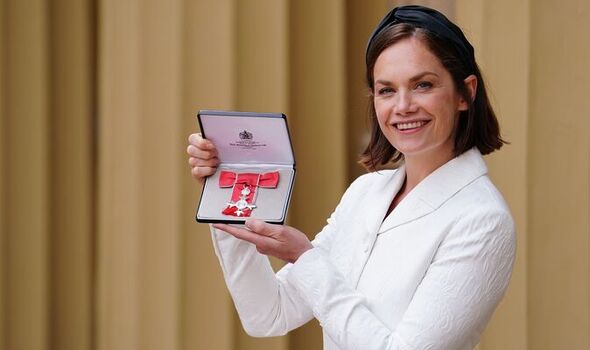 The actress, 40, collected the honour from Princess Anne in the first major investiture ceremony at Buckingham Palace since the start of the pandemic. Ruth was made an MBE in the Queen’s Birthday Honours list for services to drama.

She has starred in hit TV shows Luther and The Affair and has won two Olivier awards.

Earlier in the day, pop star Mel B was seen beaming as she received her MBE from the Duke of Cambridge.

The Spice Girl, 46, was honoured for services to charitable causes and vulnerable women.

She said: “I never thought I would be here getting this MBE for the work I’ve been doing.

“It’s amazing to have but it’s not just for me – it’s for all those other women.”

Speaking afterwards, he said: “I think when you are recognised by your country for services to the sport that you’ve loved and served, I think you’ve got to regard that as the ultimate accolade.

“Getting an honour like this is always going to be the highest accolade and I am very grateful and proud to be here.”