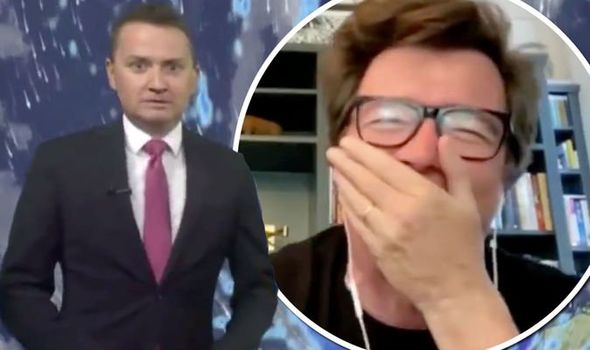 Matt Taylor, a BBC weather presenter, has reacted to an epic gaffe he made on live TV this morning. The 44-year-old had just finished presenting the BBC Breakfast weather forecast when his co-star Charlie Stayt dropped him in the deep end with a guest, during a link to an upcoming interview.

“Matt, are you a Rick Astley fan?” Charlie asked the meteorologist.

To which he honestly replied: “Err not a massive one.”

Unbeknown to Matt, pop star Rick was about to be a guest on the show and was watching via a live link ahead of his appearance.

“Well that was the wrong thing to say,” Charlie remarked.

“He’s listening and he’s coming up in just a moment. 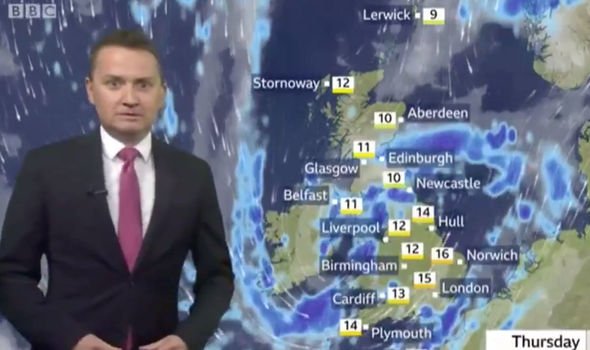 Trying to save Matt’s blushes, the host continued: ”I’ll ask you again – Matt, are you a Rick Ashley fan?”

This time, the BBC star relied: “Love Rick Astley, the best, grew up with him.”

“He is coming up next,” Charlie went on to inform viewers.

Rick, who rose to fame in the 1980s with songs such as number one smash Never Gonna Give You Up, then appeared on screen via video link and could be seen in a fit of giggles. 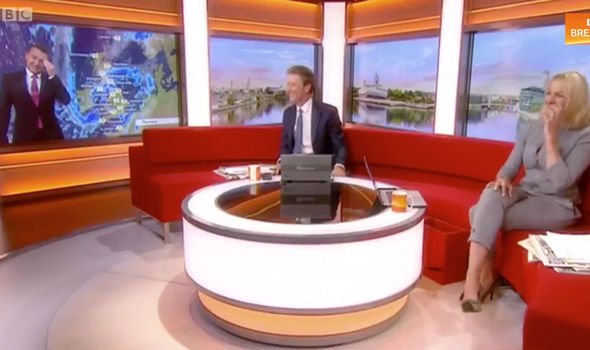 “There he is now, he’s listening in, look he heard everything you said Matt. The damage is done,” the host added, rubbing the mistake in further.

The show’s social media team posted the snippet online this morning, and jokily dubbed it: “The best guest introduction on BBC Breakfast ever.” 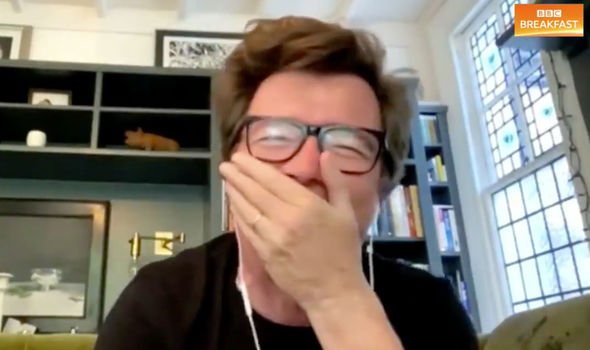 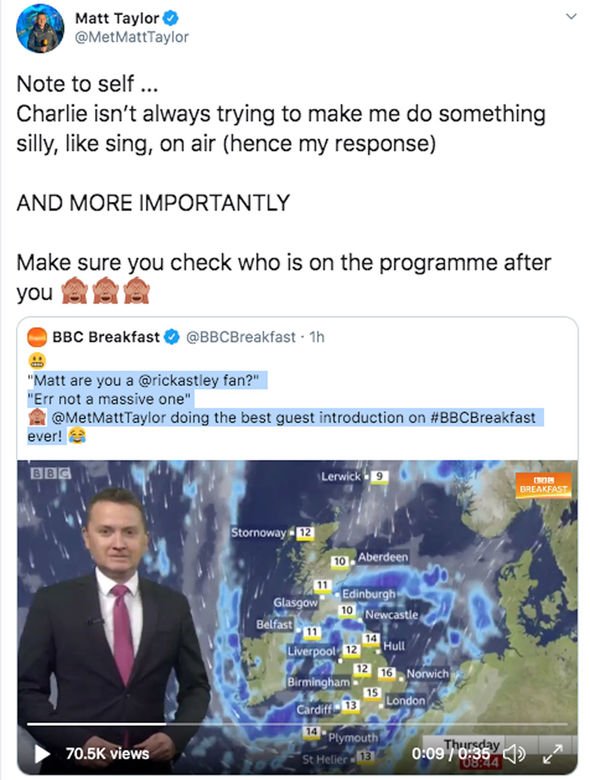 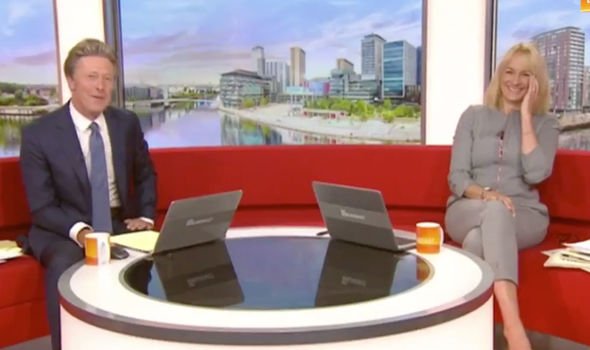 Matt then shared the clip with his 32,1000 Twitter followers with an amusing response

“Note to self…Charlie isn’t always trying to make me do something silly, like sing, on air (hence my response).

“AND MORE IMPORTANTLY Make sure you check who is on the programme after you.”

Reacting to the blunder in good humour, the 54-year-old singer, who has a new single coming out – Every One of Us, in conjunction with the Unsung Hero Awards – appeared in the comments section on the post.

“All is forgiven,” he wrote, before adding a laughing emoji.

“Brilliant! With all the doom and gloom at the moment we need more moments like this in the morning. I love Rick’s music! Loved Rick’s response too! Very funny! Enjoy the sunshine today everybody,” one social media user wrote in the comments section.

A third remarked: “Can’t help but smile when live TV doesn’t quite go to plan…“