Billie Eilish’s intense love for The Office is no secret, and the pop star recently opened up about why she is such a fan of Michael Scott in a candid chat with the goofy Dunder-Mifflin boss himself. Eilish appeared on the season finale of Brian Baumgartner’s An Oral History of The Office podcast along with Steve Carell on Tuesday, Sept. 15, and she got real about her passion for the workplace sitcom. Billie Eilish’s quotes about The Office are so relatable for fans who are constantly rewatching the series.

Fans first learned of Eilish’s devoted fandom of The Office when she released her debut album When We All Fall Asleep, Where Do We Go? in 2019. The song "my strange addiction" from that album includes dialogue from The Office episode "Threat Level Midnight." Eilish said she included the audio because she is so invested in the series: "It’s about strange addictions, and The Office is mine."

As a superfan, Eilish did not hold back when she got the chance to chat with Carell and Baumgartner about The Office. In the final episode of Baumgartner’s Spotify podcast, which has delved into pivotal behind-the-scenes moments about The Office since its launch on July 14, Eilish admitted she started watching the show when she was 12 and has now seen it all the way through 14 times.

For a show with over 200 episodes, 14 full rewatches is a pretty incredible feat. Eilish went on to explain what it is about The Office that prompts her to have it continually playing on her phone: 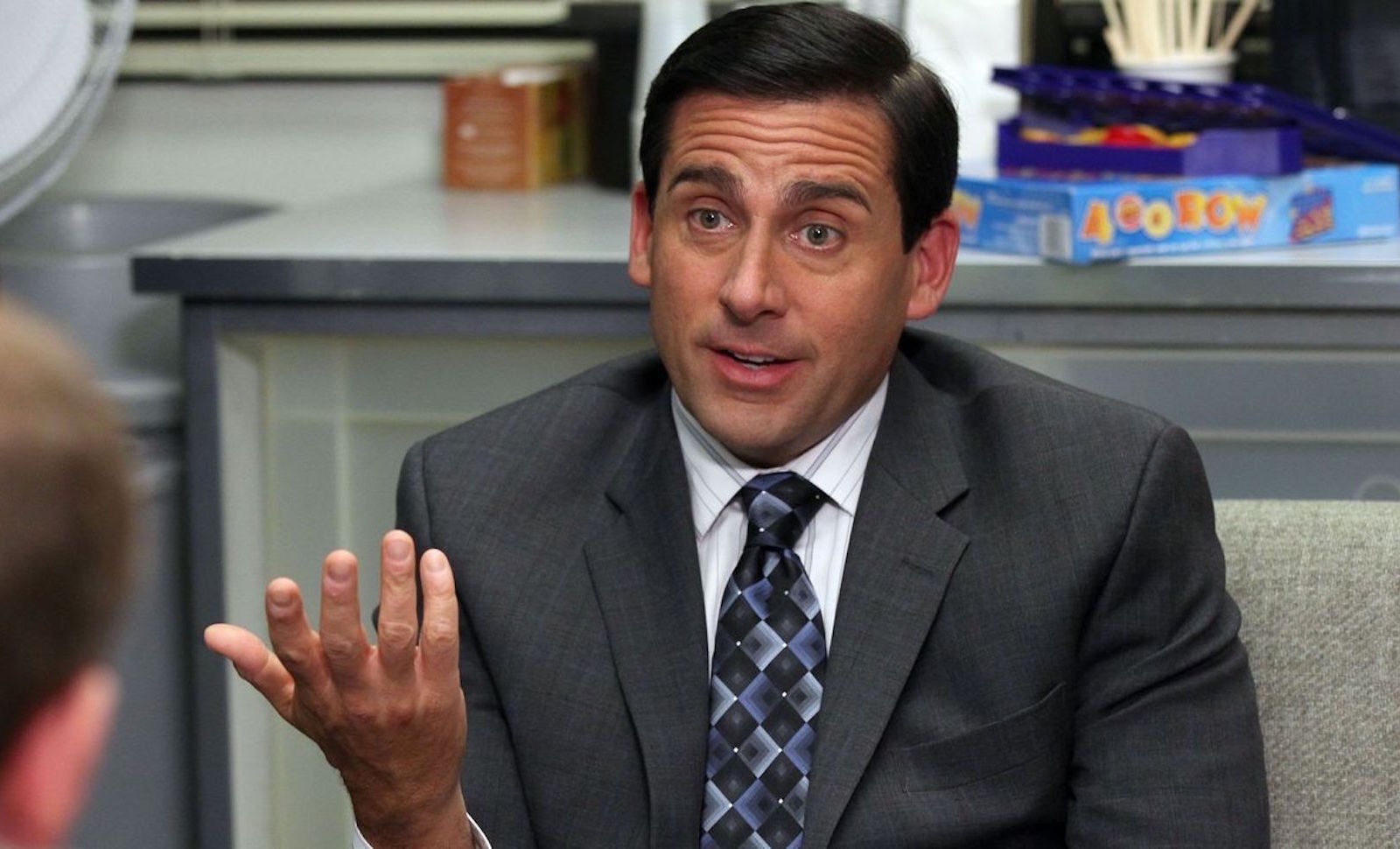 Unfortunately for Eilish and every other The Office fan who relies on streaming to watch the show, The Office is about to leave Netflix. The beloved sitcom will no longer be available on the streaming service in 2021, but fans will still be able to stream the show by using NBC’s new platform Peacock.

You can listen to the full season of An Oral History of The Office on Spotify now.