Britney Spears shared a new video of herself enjoying a painting session on a large white canvas that was spread out across her floor and gave her fans an update on how things are going in the caption.

Britney Spears, 39, is letting her fans know how she’s doing in her latest Instagram post. The singer shared a new video that showed her getting artistic in a solo painting session on July 27 and used the caption to reveal she’s been feeling “overwhelmed” and wanted to show her “true colors.”

“As you guys know there’s a lot of change going on in my life at the moment and today I was feeling overwhelmed so I went to Michael’s and got white paper and paint 🎨 !!!” she began in the caption. “I wanted to see color and this is me messing around !!! Ok so I’m not a professional painter 👩🏼‍🎨 but I certainly felt like I was !!!”

“This is an expression of how I’m feeling at the moment … rebellious… colorful…bright…bold …spontaneous…magical…so obviously showing my true colors 😜🌈🤓 !!!!” she continued. “If you look closely you can see find a fish in there somewhere 😉 🐟😉 !!!” 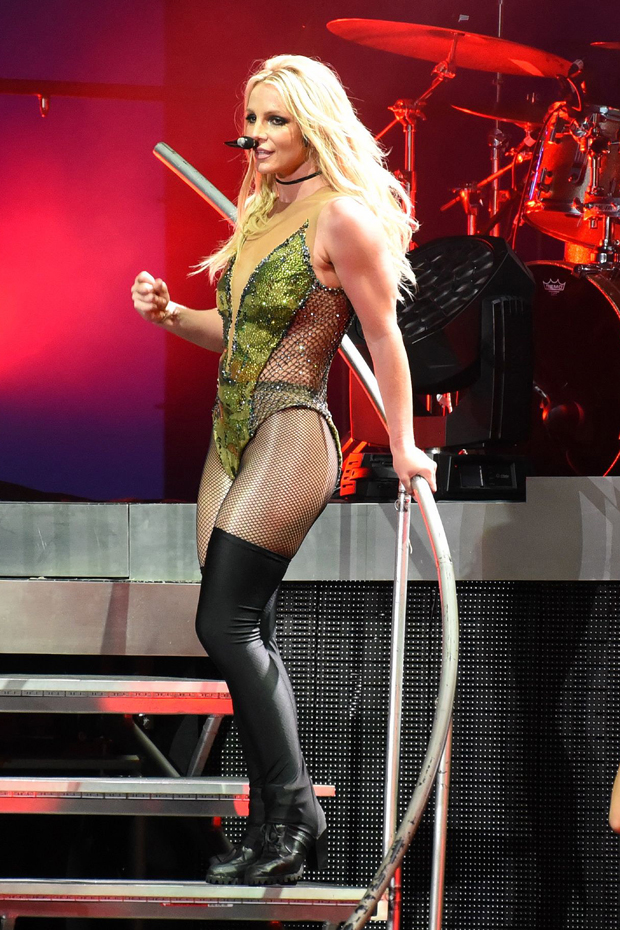 Britney’s fans were quick to respond to her and show their support. “I love this,” one follower wrote while another wrote, “What a wonderful and therapeutic way to deal with stress! Good for you mama. ❤️.” A third exclaimed, “This is really wonderful!! Keep trying new things!” and a fourth shared, “Yay!!! Love seeing you express yourself through art on all its forms.”

Britney’s latest video comes after she wowed people with some sexy topless pics this past week. The “…Baby One More Time” crooner was wearing only Daisy Dukes while holding and covering her chest with her hands and standing outside in front of a tree, in the eye-catching snapshots. She didn’t bother captioning them but no words were needed since she received many responses praising her for her confidence.

Her new posts seem to indicate she’s feeling a bit more free to show herself off in different ways ever since she testified for a second time in her ongoing conservatorship case earlier this month. She reportedly mentioned her dad, Jamie Spears, 68, during the hearing and asked that he be removed as conservator of her estate. She also reportedly asked to charge him with “conservatorship abuse” after claiming she was “scared” of him and has “abandonment issues.”