After trying his hand at being a photographer for the last few years, Brooklyn Beckham has decided to switch up his career, and will instead be modelling.

The eldest Beckham child, who showed off a new tattoo tribute to wife-to-be Nicola Peltz, has signed up to be represented by one of the world's leading fashion managers.

Robert Ferrell has had many high profile clients who he has represented over the years, including Kate Moss, Naomi Campbell and Claudia Schiffer, and now Brooklyn is the newest name to be joining that list.

"Brooklyn has a recognisable face now and is in high demand in the fashion world, especially as he's the son of David and Victoria," a source explained. 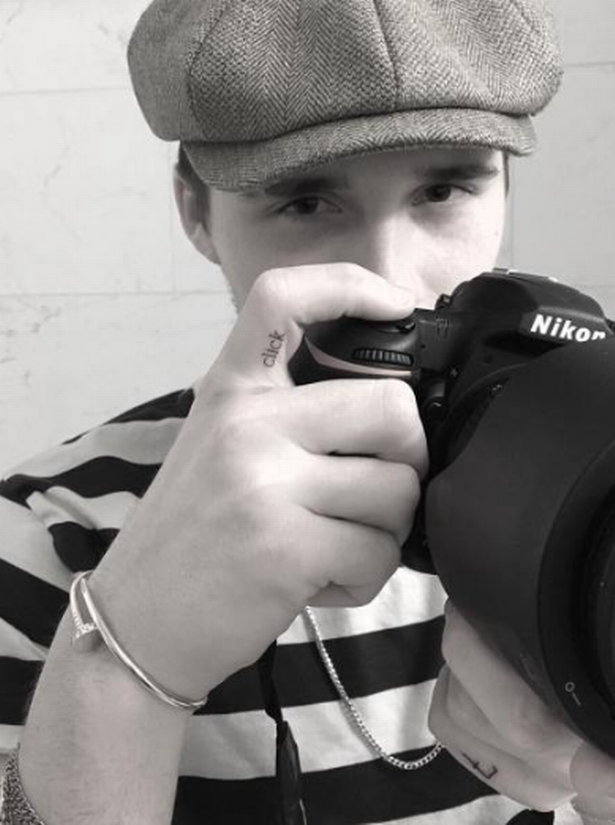 Get exclusive celebrity stories and fabulous photoshoots straight to your inbox with OK!'s daily newsletter . You can sign up at the top of the page.

"He has got one of the industry's leading names to help build him up and bag him lucrative deals. It's a promising move," the insider concluded.

The 21 year old has plenty of people around him to guide him in his new career, as other half Nicola is a model, and both his parents have dabbled in the modelling world also.

As well as having change in his professional life, Brooklyn is all set to get married to Nicola after he proposed to her earlier this year.

David and Victoria's son revealed the special news on Instagram in July, with a stunning picture of the pair gazing into one another's eyes.

Brooklyn is wearing a suit, while Nicola, 25, dazzles in a summery dress as the pose amongst nature.

"Two weeks ago I asked my soulmate to marry me and she said yes xx," he captioned the post.

"I am the luckiest man in the world. I promise to be the best husband and the best daddy one day. I love you baby xx."

Nicola also shared the same picture on her own profile and gushed: "you've made me the luckiest girl in the world.

"I can't wait to spend the rest of my life by your side. your love is the most precious gift." The couple, who stepped out together in New York in September, have reportedly had to postpone their nuptials due to the coronavirus pandemic.

"They originally told close friends to save a date in September 2021," a source told The Mirror.

"This week, Brooklyn told his mates they've decided to postpone as it's too risky.

"And they don't want the pressure of having to plan and postpone again, and don't want limits on guest numbers,"

12/03/2020 Celebrities Comments Off on Brooklyn Beckham quits career as a photographer to try his hand at being a model in profession change
Recent Posts
We and our partners use cookies on this site to improve our service, perform analytics, personalize advertising, measure advertising performance, and remember website preferences.Ok