Charley Webb, 31, recently welcomed her third child with husband and co-star Matthew Wolfenden, 39, (who plays David Metcalfe) in July this year. The Emmerdale star has since taken to Instagram where she opened up about “mum guilt” after enjoying a night out with her girlfriends.

In view of 389,000 followers, the Debbie Dingle actress took to the picture-sharing site and uploaded a snap with her friends last night.

The actress could be seen throwing up the peace sign as she posed for the shot.

Charley revealed she “hated” the guilt mothers experience when they spend time away from their children.

She captioned the post: “I managed to get the two babies to sleep last night before I went out for dinner so they had no idea I wasn’t there. 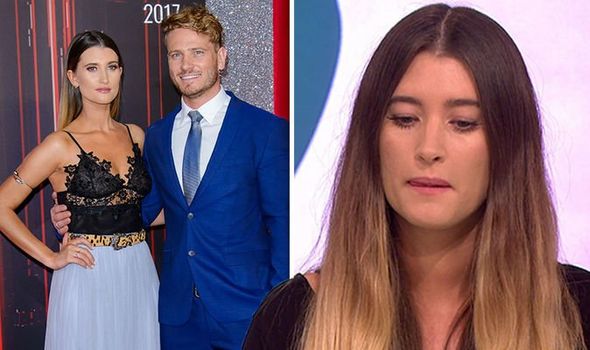 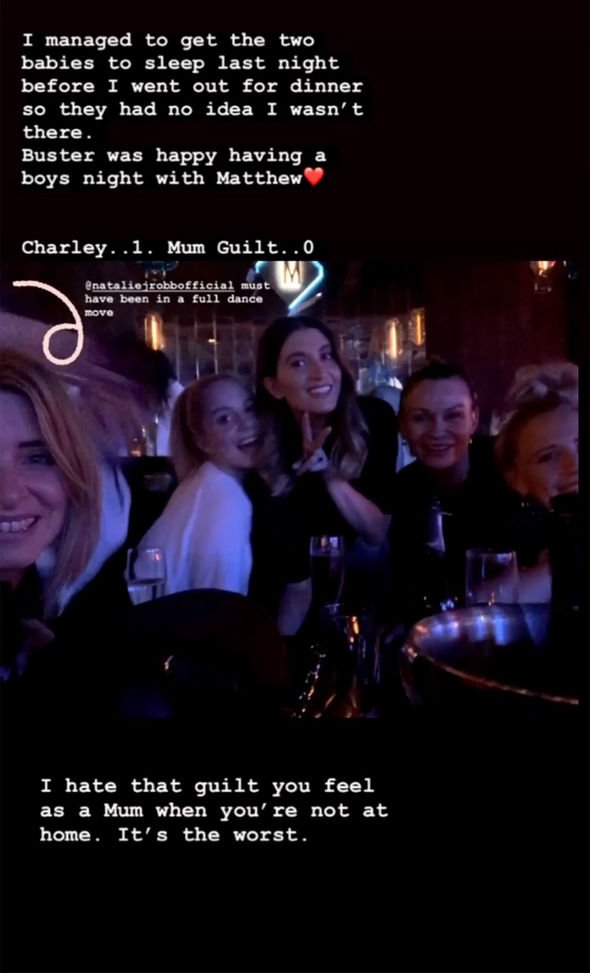 “Buster was happy having a boys night with Matthew.”

“I hate that guilt you feel as a mum when you’re not at home. It’s the worst.”

Charley is a mum to her three sons – Buster, nine, Bowie, four and her latest addition Ace – who she shares with Emmerdale co-star Matthew. 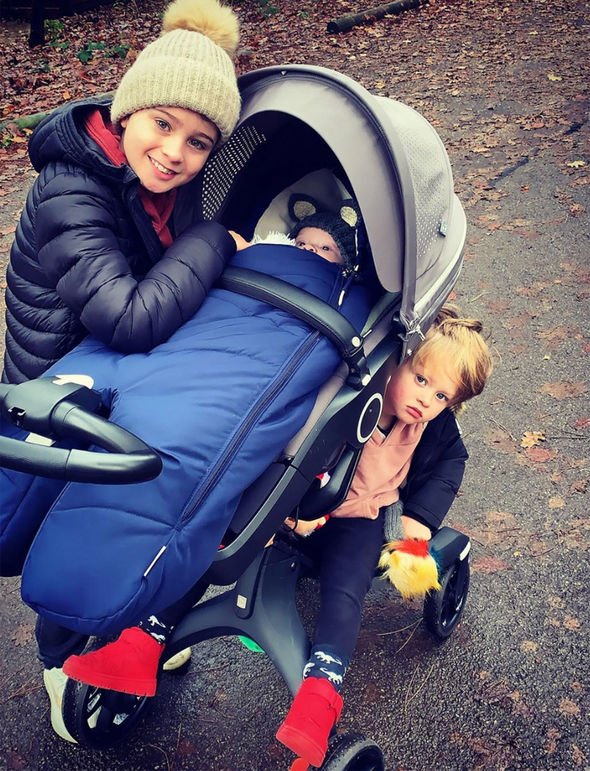 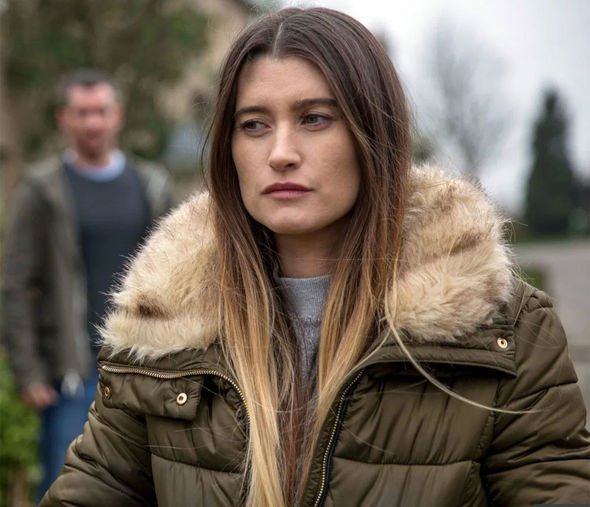 The couple tied the knot in a secret castle ceremony surrounded by family and friends in 2018.

The candid message comes after she revealed that she has “no plans” to return to Emmerdale since going on maternity leave after welcoming son Ace in July.

She has been enjoying time away from the ITV soap admitting that looking after three children “is a different ball game”.

Charley – who has played Debbie Dingle on the programme since 2001 – final scene as Debbie aired in August last year.

Speaking to The Sun at the launch of Inflata Nation Peterborough, she explained there is no planned date to return to the soap.

She told the publication: “I’m still on maternity leave at the moment. It’s been good but three kids is a different ball game.

“It’s been really good fun, but there are no plans for me to return to work at the moment.”

On the soap, Charley’s character Debbie Dingle is currently living in Scotland, with Aaron Dingle (Danny Miller) heading north to stay with her in episodes which aired earlier this week.

Elsewhere,  Charley opened up about a big move, admitting she “genuinely cried” following an “intense” challenge.

She returned to the gym for the first time a few months after becoming a mother again.

Taking to Instagram, the soap star shared an image of herself on a spin bike, clad in workout leggings.

Related posts:
01/19/2020 Celebrities Comments Off on Charley Webb: ‘No idea’ Emmerdale’s Debbie Dingle speaks out on ‘guilt’ amid show exit
Recent Posts
We and our partners use cookies on this site to improve our service, perform analytics, personalize advertising, measure advertising performance, and remember website preferences.Ok