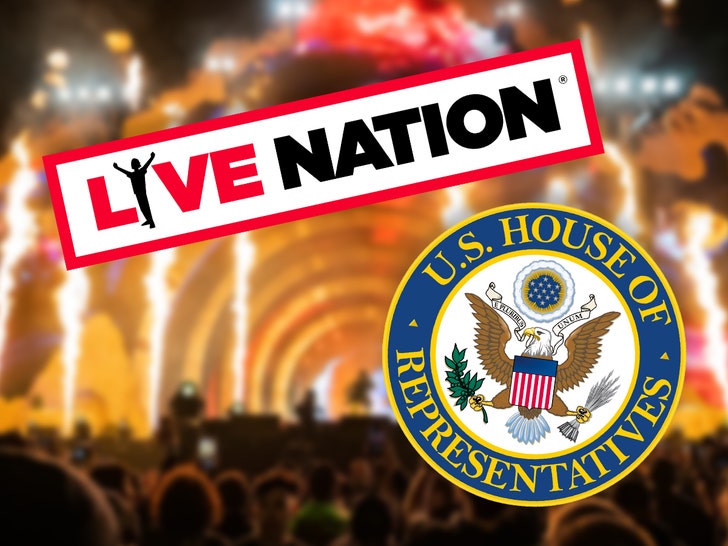 The Astroworld Festival tragedy has now become an issue of national importance — because Uncle Sam is stepping in and demanding to know what happened … and STAT.

The House Committee on Oversight and Reform is requesting that Live Nation — the main promoter for the event — come to the table for a conversation about how 10 people ended up dying at the concert … requesting any and all pertinent info on the colossal failure. 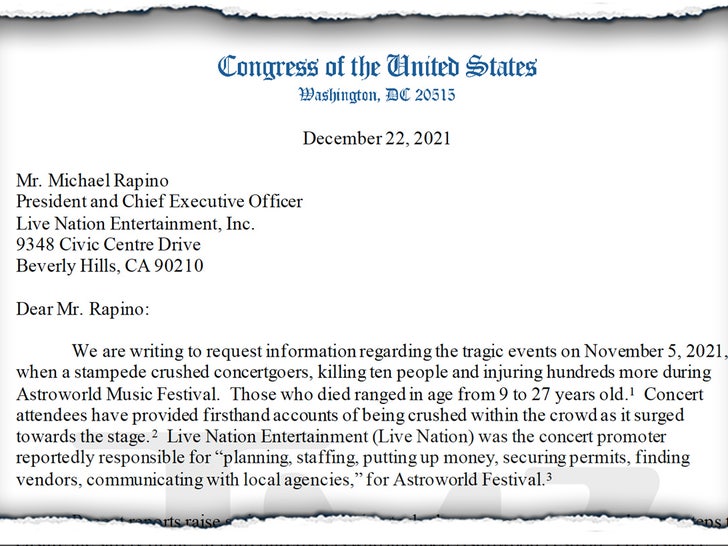 The effort to get to the bottom of this at the congressional level is being headed up by Rep. Carolyn B. Maloney, the Chairwoman of the Committee on Oversight and Reform and Rep. James Comer, the Ranking Member … among other members of the committee.

In their open letter, the Representatives write … “Recent reports raise serious concerns about whether your company took adequate steps to ensure the safety of the 50,000 concertgoers who attended Astroworld Festival.”

They add, “For instance, reports indicate that security and medical staff were inexperienced or ill-equipped to deal with mass injuries. Some attendees stated that the placement of barricades made it difficult to escape. Experts have stated that Astroworld Festival organizers failed to heed warning signs.”

The House also says there is a disturbing window of time that public officials in Houston have pointed out — saying they declared the event a mass casualty relatively early into Travis Scott‘s set, and allegedly told event staff people were going down … only to have the show go on for several more minutes. The committee members want answers on that, too.

The Oversight Committee notes they’re deeply saddened by the loss of life, and are drilling down in hopes of figuring out what went wrong … and preventing this in the future. They’re asking for info to be sent from LN no later than Jan. 7, and even a briefing by Jan. 12.

Travis, meanwhile, is not mentioned once in their memo.