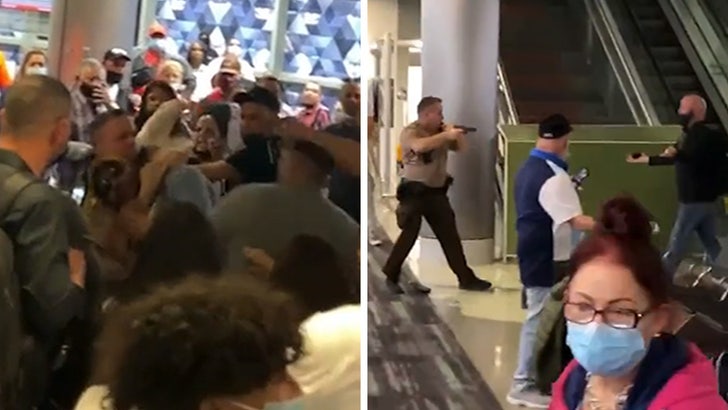 A Miami Airport cop saw things quickly spin out of his control during a struggle with a traveler … getting so bad, the officer was forced to pull his gun to get the guy to back off.

Check out the video, you see the man and the cop tied up — with the cop seemingly on the losing end — before he’s able to break free. After distancing himself from the man, the officer pulls his gun, pointing it at his aggressor and getting things under control.

According to legal docs, obtained by TMZ, officers were called to the gate after an “unruly passenger” named Gregorio Serranopaca, jumped in front of an airport golf cart, snatched the keys and sat on the hood, demanding to speak to a supervisor. 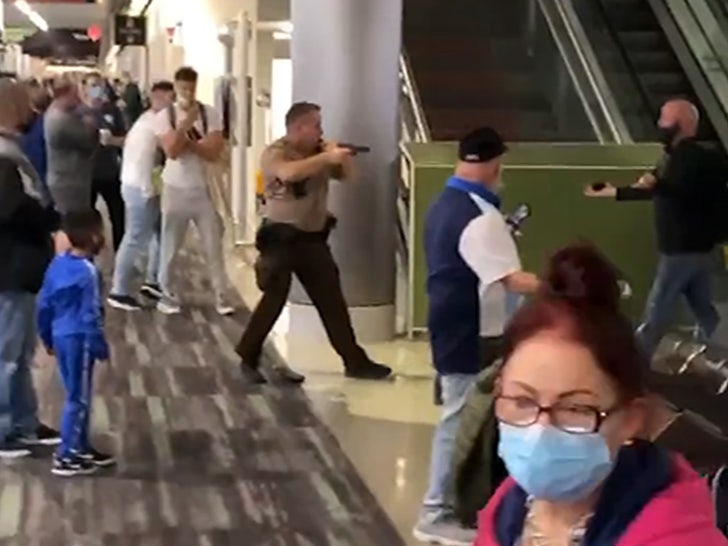 Serranopaca was allegedly pissed he had missed a chartered flight, and took it out on other staffers.

Once cops arrived, things escalated, triggering a large brawl between cops and Serranopaca. At one point, you see another man, Alberto Yanez Suarez, attempt to pull officers off of Serranopaca. 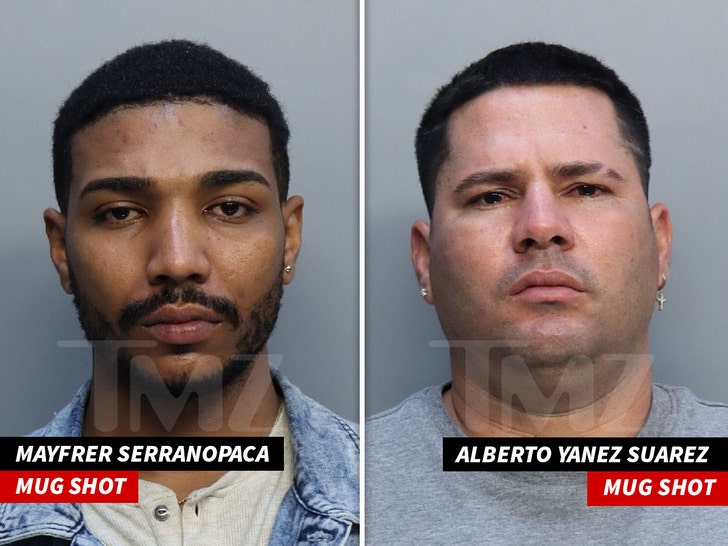 After being struck several times, the officer then backs away, pulling his gun and getting things under control.

Both Serranopaca and Yanez Suarez were arrested on a slew of felony charges ranging from battery to resisting arrest to burglary and false imprisonment.