“Eugene Levy was such a gift,” the fan wrote in a since-deleted tweet. “It’s so sad to watch knowing he is no longer here.” 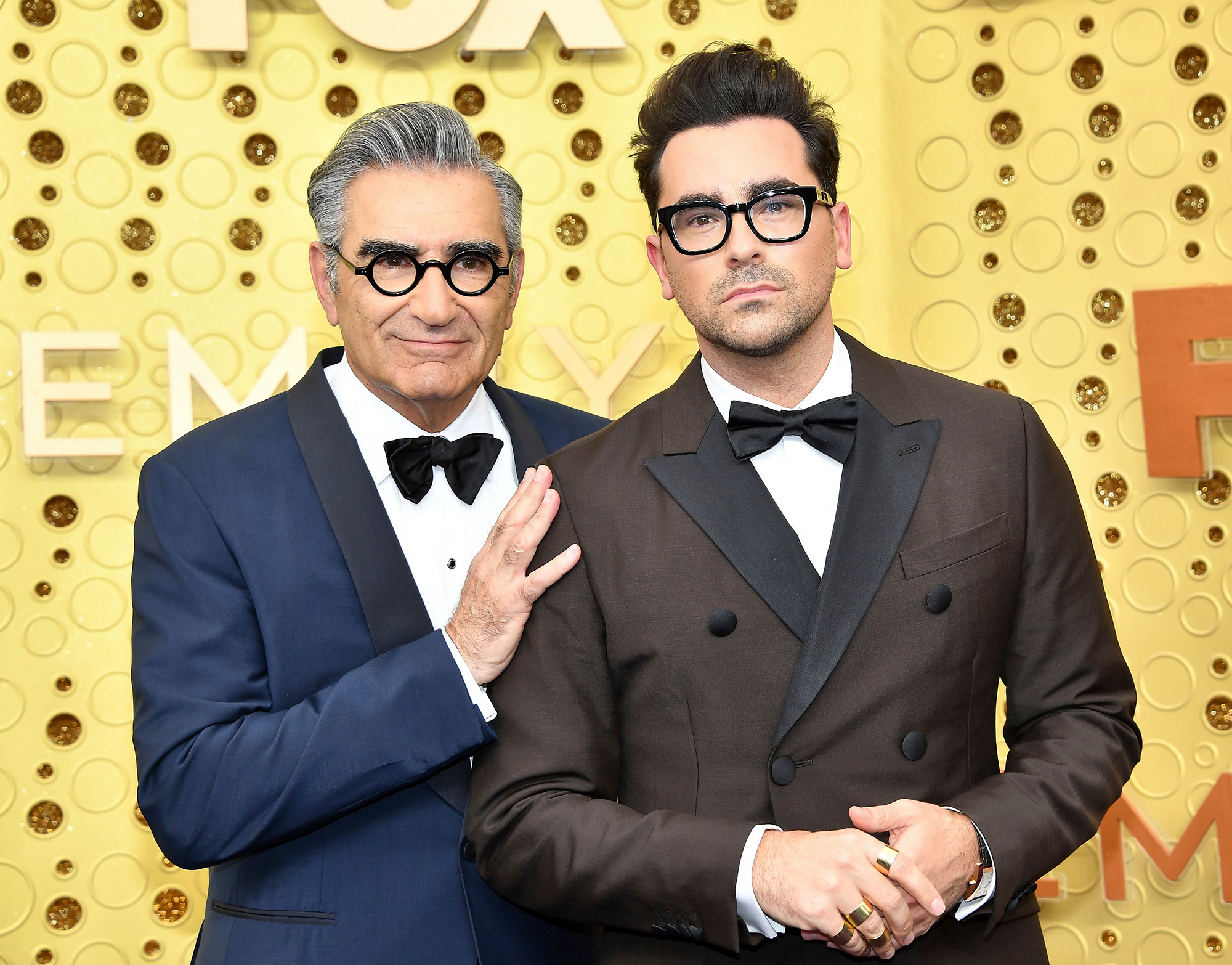 The Twitter user subsequently apologized for the gaffe: “I’m sooo sorry! I thought he had passed last year. Everything has been such a blur the last year. I’m happy to know he’s fine. I’m so embarrassed.”

Everything the ‘Schitt’s Creek’ Cast Has Said About Possible Movie

Dan and Eugene, 74, starred as father-son duo Johnny and David Rose on Schitt’s Creek for six seasons from January 2015 to April 2020. The pair cocreated the hit series, which also featured Catherine O’Hara and Annie Murphy as Moira and Alexis Rose, respectively.

Although the fan erroneously believed the American Pie star had died in 2020, he has actually been more in the spotlight than ever during the last year as Schitt’s Creek swept awards show after awards show. Eugene won an Emmy for Outstanding Lead Actor in a Comedy Series in September 2020, as Dan, O’Hara, 67, and Murphy, 34, took home awards in their acting categories too.

“As a dad getting to work on camera for six years with both my kids, Daniel and Sarah [Levy], ‘Hi, honey.’ Such a joy,” Eugene gushed in his acceptance speech. “I love you both and could not be prouder.”

The New York Minute star also won a Screen Actors Guild Award for Outstanding Performance by an Ensemble in a Comedy Series alongside his costars in April.

Amid the awards season fervor surrounding the show, Eugene surprised Dan during his Saturday Night Live hosting debut in February. He joked during his son’s monologue that he “flew in to wish you luck tonight, but because I traveled, I’m now in this tight isolation box” amid the coronavirus pandemic. The patriarch urged the Happiest Season star not to “worry about” him as he watched the show from the glass case.

Fans’ obsession with Schitt’s Creek has only grown since the series finale aired in April 2020. Murphy teased earlier this month that a film continuation might be in the works.

“I mean, I’ve been sending Dan $5 a day in the mail as a bribe. So far, I have not heard back about a movie officially. But, oh, my God, I would be just over the moon if that ever came to pass because I miss everyone so much every day,” the actress exclusively told Us Weekly. “Just to see Moira again, I would pay a lot of money to do that.”