EDEN CONFIDENTIAL: We will stock you! Queen star Brian May applies to trademark his OWN NAME

Fancy getting between the sheets with Queen guitarist Brian May?

I hear he’s applied to the Intellectual Property Office to register his name as a trademark for a wide range of potential uses including bed covers, footwear, jewellery, travel bags, guitars and amplifiers.

May, 75, was awarded a knighthood in the New Year Honours, so he might have to update his application to ‘Sir Brian May’. 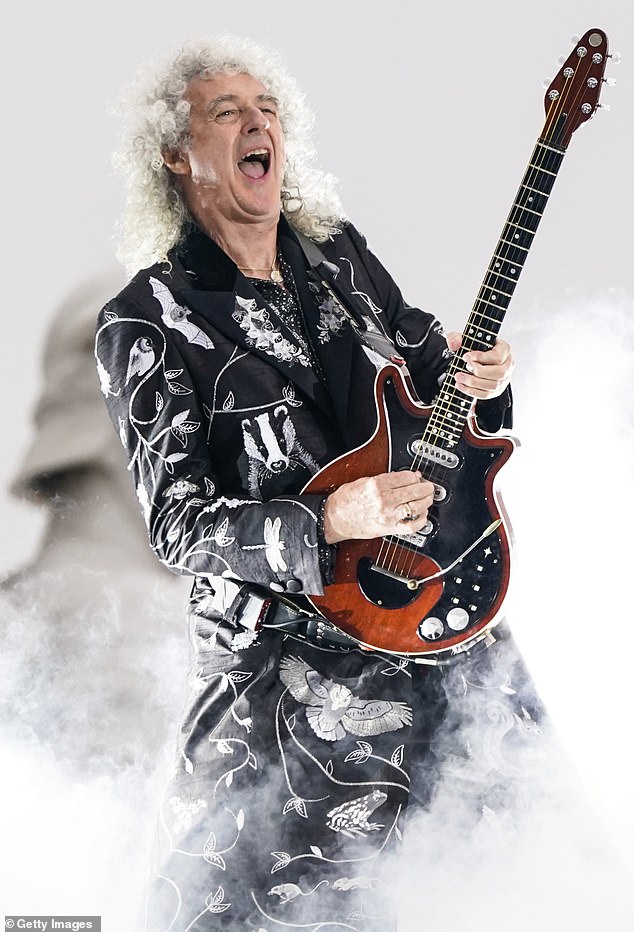 Fancy getting between the sheets with Queen guitarist Brian May? 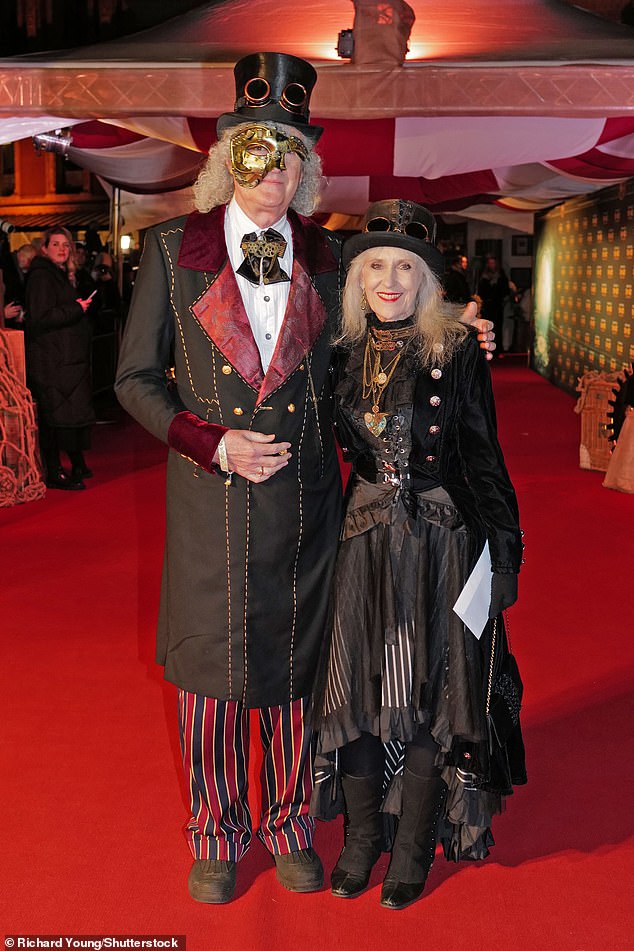 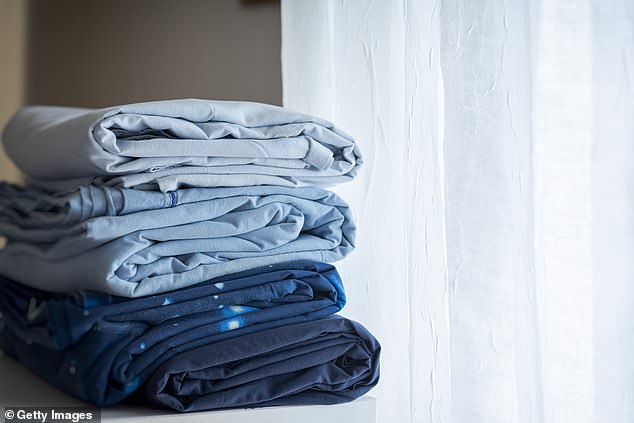 It would cover  a wide range of potential uses including bed covers, footwear, jewellery, travel bags, guitars and amplifiers

Heston splits with ‘wife’ who says they never married 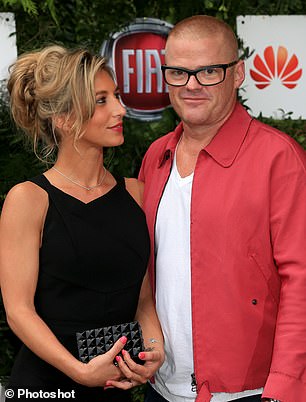 Famed for creating unexpected delights such as snail porridge and egg-and-bacon ice cream for diners at his celebrated restaurants, Heston Blumenthal continues to serve up surprises in his personal life.

I can disclose that the TV chef, 56, has split up with Stephanie Gouveia, the mother of his youngest child.

And friends of the French estate agent say she never legally married Blumenthal, who is 21 years her senior, even though his spokesman was reported to have said they exchanged vows in 2018. ‘Heston and Stephanie actually split up some time ago,’ one of their friends tell me. ‘Despite all the reports at the time, they were never married.’

A spokeswoman for the Michelin-starred chef was quoted as saying in 2018: ‘Heston and Stephanie are delighted to announce they’ve got married. They were spending some quality time together and decided to seize the moment.’

The couple had been on holiday in the Maldives and were said to have ‘decided to make things official in an impromptu beach-front ceremony’, according to a newspaper report. Now, however, a spokesman for Stephanie tells me: ‘Marriage should be recognised by legal authorities. This wasn’t. What happened does not constitute a marriage in a legally binding sense.’

The Indian Ocean state is not the only country where marriage for foreigners can prove complicated. Jerry Hall believed that she and Sir Mick Jagger had married in Bali but when she began divorce proceedings, the Rolling Stones singer said the ceremony hadn’t been official. The High Court in the UK agreed and declared it void.

Blumenthal and his wife, Zanna, the mother of his first three children, divorced in 2016. He had an affair with U.S. cookery writer Suzanne Pirret, who has said her favourite things are ‘food and sex’.

Angelina Jolie’s charity is shut down

Angelina Jolie worked so closely with the two political advisers she met through her United Nations work with former Conservative leader William Hague that they set up a charity together to tackle issues such as violence against women.

I can disclose that The Jolie Dalton Helic Foundation was, however, formally closed down yesterday. The Hollywood star had made a huge financial investment in the charity, which she co-founded with Baroness (Arminka) Helic (pictured with Jolie and Brad Pitt) and Chloe Dalton.

Apple bags a VIP seat in the front row 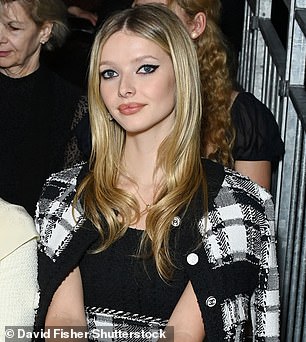 Gwyneth Paltrow’s daughter, Apple Martin, made it to the front row of Chanel’s haute couture show at Paris Fashion Week this week, 14 years after the label’s celebrated creative director, Karl Lagerfeld, declared that one day she’d be a ‘Chanel girl’.

Radio 4 presenter Ed Stourton, who has incurable prostate cancer, has spoken of his sadness that he’s unable to receive Holy Communion because he’s been married twice.

The Roman Catholic rules on divorce have made him question his faith. ‘Leaving apart the sadness of the rule, it was probably useful to be woken up,’ he says.

In an interview with The Tablet newspaper, he adds of receiving Communion: ‘I’ll be frank, if a priest is happy, I’ll take it. Mostly, though, I sit at the back when everyone else goes up.

As Siefried Farnon in the popular Channel 5 drama All Creatures Great And Small, Samuel West is a much-loved vet. In real life, he’s nursing his own wounds. ‘After breaking my Achilles tendon and then having knee surgery on an old sword fighting injury (honest), I’m spending more of my 57th year hopping than I expected,’ wails the son of actors Timothy West and Prunella Scales.

Raymond Briggs brought joy to millions with his children’s stories such as The Snowman and Fungus The Bogeyman.

And he’ll bring joy to many more from beyond the grave. I can disclose that Briggs, who died last summer aged 88, has left a total of £6million in his will.

Newly released probate documents reveal that his house in Sussex has been left to his two children, but the rest of his fortune is to go to good causes. Three charities are expected to benefit.

He asked to be buried in East Chiltington Churchyard, East Sussex, with the headstone inscribed with a quote from his granddaughter: ‘­Raymond is not a normal person.’

I am so dull, admits Paxo

The BBC’S former Newsnight Rottweiler Jeremy Paxman has never been boring, but he insists he’s now a member of the Dull Men’s Club of Great Britain. ‘There are so many useful tests to discover if you are dull… ringing up the Speaking Clock, liking macaroni cheese and watching the tide go in and out,’ he says. ‘I plead guilty to all.’

Paxo, who steps down as host on University Challenge in the autumn, does take issue in Saga magazine with those who call a daytime nap boring: ‘Name me one person who doesn’t enjoy a decent kip in the day and I will show you a Barbarian.’

Major-General Alastair Bruce, Governor of Edinburgh Castle, the historical adviser on ITV’s Downton Abbey, is mourning his colourful cousin, Lady Martha Bruce, who has died aged 101. A friend of the royals, the daughter of the 14th Earl of Kincardine commanded anti-aircraft guns in World War II before serving as a prison governor. ‘What a life,’ Bruce tells me. ‘She took her anti-aircraft battery to Italy. Her strength lay beneath her courtesy.’