Emmerdale’s Charley Webb took to Instagram today to share her health struggles with her 568,000 followers. The actress admitted she was “feeling ill” as she cuddled up under a blanket despite the current heatwave affecting the UK.

This morning Charley, 34, shared a picture of just her leg nestling under a thick blanket while she sat outside in the sunshine.

The temperature at that time was marked at 22 degrees celsius, which many people would consider “shorts weather”.

However, Charley wasn’t feeling quite so warm in the sunshine, as she opened up about her health.

“There’s worse places to be ill,” she told her fans. 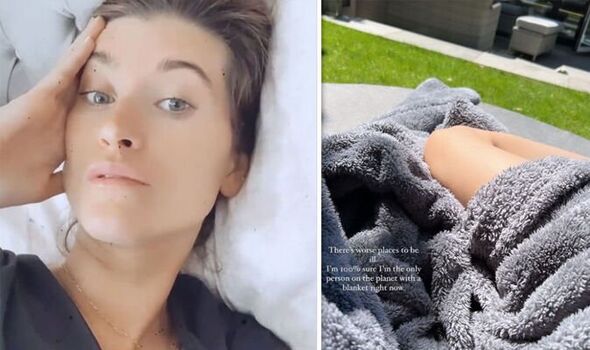 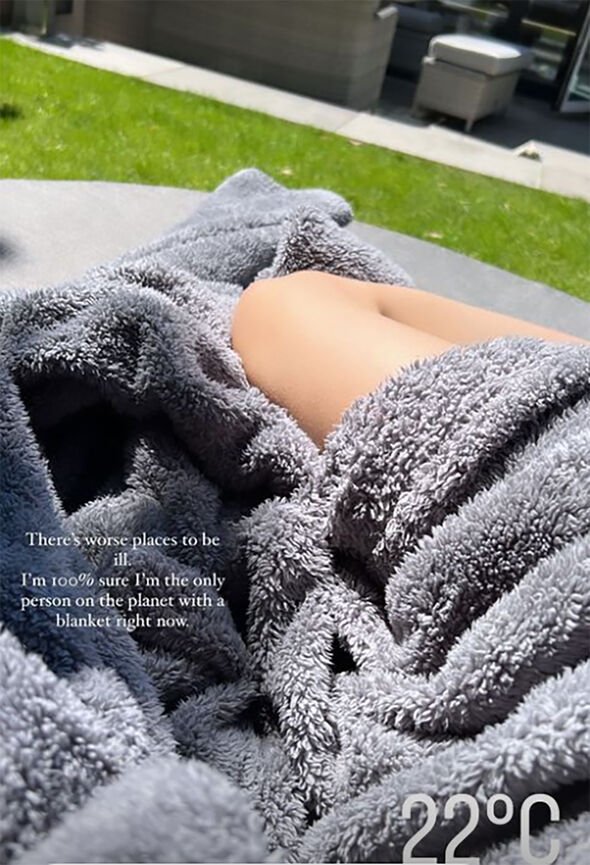 Later today, Charley updated her followers with another post confirming she had moved inside.

“So happy to be in bed,” Charley captioned another picture of her legs as she rested.

She also included a poll for her followers to find out who else liked going to bed early. 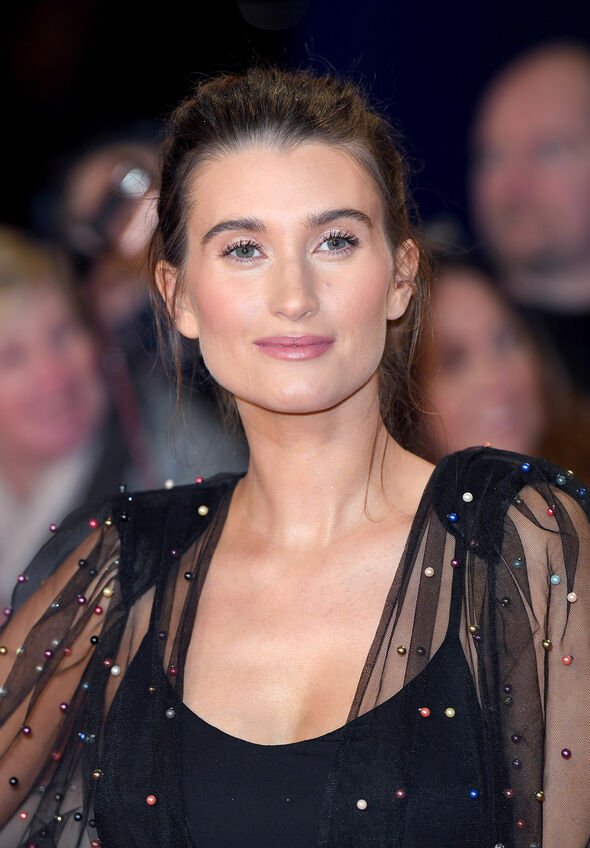 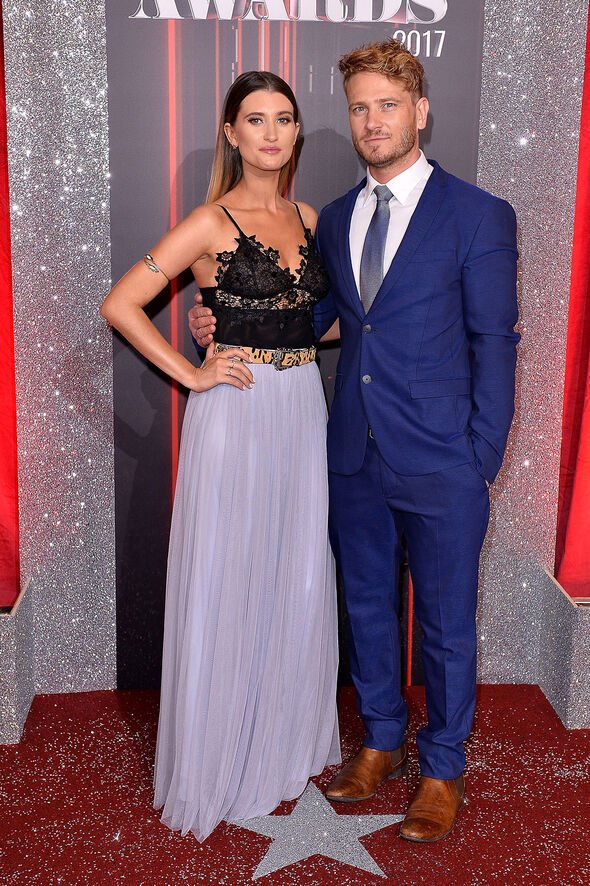 “Earlier the better for me,” she wrote. “Are you an early night or a night owl?”

Charley’s post comes after the soap star discussed her ongoing health issues with her followers two Sundays ago.

Taking to social media, the mum-of-three posted an image of herself lying back, with one arm over her face.

She captioned the photo: “Migraine hell today. Does anyone else suffer with vision migraines?

“It’s where you get some sort of bright light/flashing [lightning] type of thing in your eye followed by the migraine.

“They make me vomit as well. They are truly disgusting.”

According to the NHS, if you have five or more migraines a month, you might benefit from prescription medication.

It also advises that if you experience a severe headache along with paralysis or weakness in the arms or face, slurred or garbled speech, a fever, stiff neck, mental confusion, seizures, double vision or a rash, you should seek immediate medical attention.

Charley joined Emmerdale in 2002 as Debbie Dingle and went on to date her now-husband, Matthew Wolfenden, a year after he joined the cast as David Metcalfe in 2006.

The pair announced they were expecting their first child in 2009 and Matthew proposed to Charley on Christmas Day of that same year.