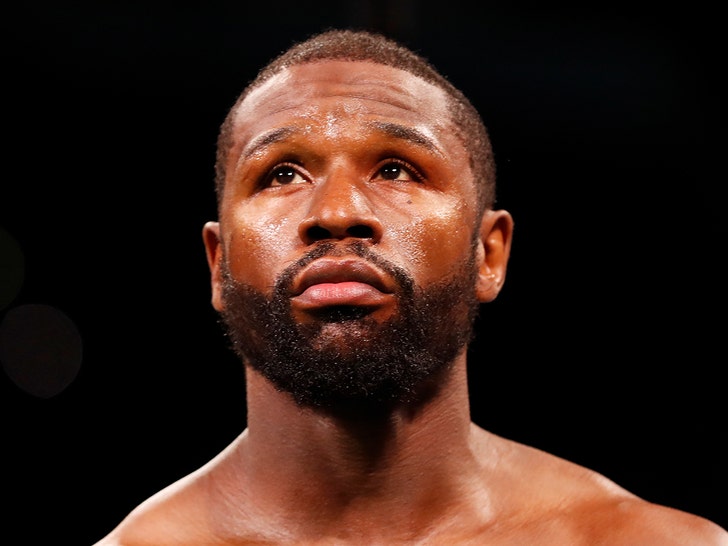 Floyd Mayweather‘s much-anticipated boxing match in Dubai this weekend has been called off … TMZ Sports has learned.

Sources tell us … the exhibition fight — which was supposed to pit Mayweather against his former sparring partner Don Moore on Saturday on the Burj Al Arab hotel’s helipad — will no longer go down following the death of United Arab Emirates President Sheikh Khalifa bin Zayed Al Nahyan. 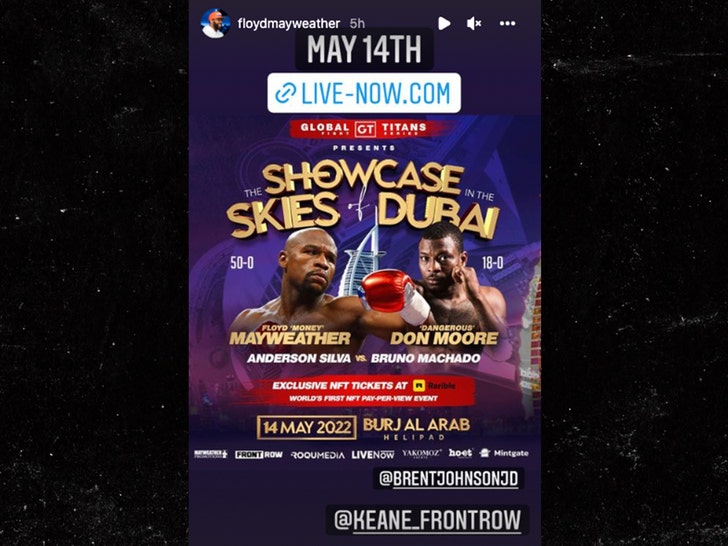 Government officials, according to WAM, the official UAE news agency, have suspended “work in ministries, departments, federal and local institutions, and the private sector” for the next three days due to the Sheikh Khalifa’s passing … and, according to our sources, that means the Floyd fight cannot happen this weekend.

We are told, though, the two boxers could attempt to reschedule the match for sometime next week.

Mayweather and Moore have both been in Dubai the past few days promoting the fight … with Moore saying he was legitimately gunning to beat the 50-0 boxing legend.

The fight was scheduled to be just the third fight Floyd’s taken since he beat Conor McGregor in 2017. Mayweather previously beat Tenshin Nasukawa in an exhibition in 2018, and seemed to easily handle Logan Paul in non-scored exhibition in 2021.