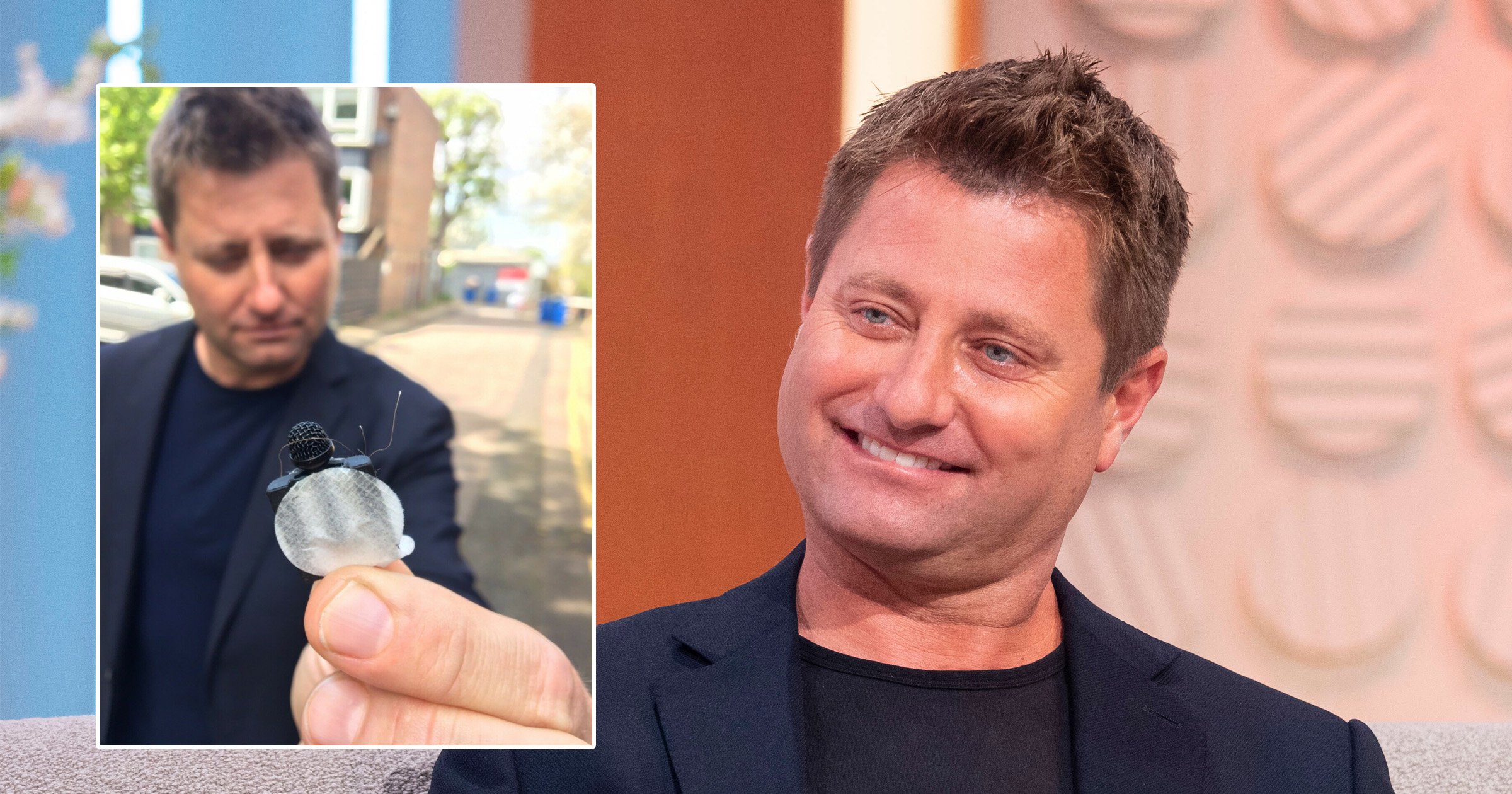 George Clarke would consider shaving his head for charity after he was stunned to see people make serious bids on ebay for a bit of his ‘used’ chest hair.

The architect and Amazing Spaces host explained that it started out as a joke after a clump of his body hair came off after a radio mic was stuck to his chest.

His soundman Dan popped it on ebay for a laugh when filming wrapped, and included some photos of the TV star holding the strands aloft so you know it’s legit.

However to his surprise the listing has attracted some a fair few buyers who must be big fans of his programmes such as Shed of the Year.

A shocked George revealed on Instagram the hair has fetched over £300 in bids on the website at the time of writing, and he has decided to give the money to mental health charity CALM.

The property expert is definitely game to donate hair from, erm, other areas to charity (meaning his head, obviously).

‘I don’t mind that,’ George told Metro.co.uk. ‘I’m very thankful that I’ve got a very full thick head of hair in my middle age. I’ve been told I’m never gonna go bald because it’s such a thick head of hair which is good. It could be a resource for fundraising for many years to come.

‘Someone asked me last night, “How much is the rest of your chest worth now then?” At a rough guess – because I’m not quite David Hasselhoff level of chest hair but I’m certainly not an Olympic swimmer either – I’ve probably got about £45 grand’s worth if someone’s paying £310 for that. I could take it all off and sell it for a good cause.’

Getting serious, the presenter also praised the ‘generosity of the British’ in giving to charity, saying he has been ‘touched’ by people’s kindness over the past year.

He shared: ‘I am genuinely, always amazed by the generosity of the British public. I always think that, whenever there’s Red Nose Day or Stand Up To Cancer, even when we’ve been going through austerity, really, really difficult times, we raise millions of pounds.

‘When the country’s going through some of the hardest times, let’s face it, Covid’s not been easy for anybody has it? People are still willing to give. I think that’s amazing.’

The winning bidder – who put up £310 – will not only get his actual chest hair gift-wrapped in ‘a smart jewelry box’ but some signed books and a thank you video from the man himself. Amazing!

If you’ve got a celebriy story, video or pictures get in touch with the Metro.co.uk entertainment team by emailing us [email protected], calling 020 3615 2145 or by visiting our Submit Stuff page we’d love to hear from you.