Products featured are independently selected by our editorial team and we may earn a commission from purchases made from our links; the retailer may also receive certain auditable data for accounting purposes.

After a year without a single release from Marvel Studios, the next phase of the Marvel Cinematic Universe is pushing forward with Earth’s mightiest heroes coming to streaming. While Marvel is no stranger to expanding their universe into TV (with mixed results for Agents of Shield and Jessica Jones), studio chief Kevin Feige announced at the Disney Investors Day presentation last year, that 2021 would be the year for massive releases on Disney+.

The newest super-powered edition now streaming on the platform, WandaVision, opens up exciting possibilities for how Marvel can play around with their established comic lore, with Avengers‘ Elizabeth Olsen returning as Wanda Maximoff (a.k.a. Scarlet Witch) and Paul Bettany as her doting android husband, Vision.

The show is a nostalgia trip of winks and nods to past eras of television (and even subtler winks and nods connecting it to the greater MCU). But the more the studio expands and experiments, casual viewers might start to wonder how these upcoming projects even tie in to their comic book counterparts at all.

Marvel Phase 4 (which includes releases from 2021-2023) is expected dip into studio’s catalogue to take inspiration from one-shots, beloved side stories, and new editions of fan-favorite characters. For the broader context of these characters, we always recommend the new edition of the Marvel Encyclopedia (if you want to understand anything from whose side everyone was really on during the Civil War, to why there are just so many Peter Parkers).

The Best Gifts For Marvel Fans

How to Watch 'WandaVision' Online: Stream the Marvel Series Now on Disney+

Bruce Springsteen on Making 'Born to Run': 'We Went to Extremes'

But if you’re ready to dig into some of the heroes from the roster of 15 (!) titles coming to Disney+ in 2021 alone, here’s our list of best Marvel comics and graphic novels tied to the MCU. Read these tales to catch up on the characters’ backstories, before streaming the shows and films online.

House of M, written by Brian Michael Bendis and illustrated by Olivier Coipel, takes place after the legendary events of Avengers Disassembled. 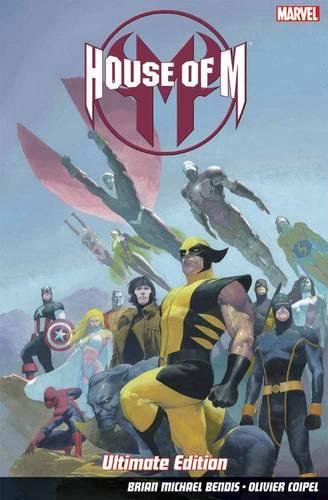 What you need to know: after Scarlet Witch (Maximoff) suffers a mental breakdown, she uses her powers to create an alternate reality where each character can experience their ideal life. Sound familiar? This storyline served as part of the inspiration for WandaVision, while the further inspiration came from the following series on our list. 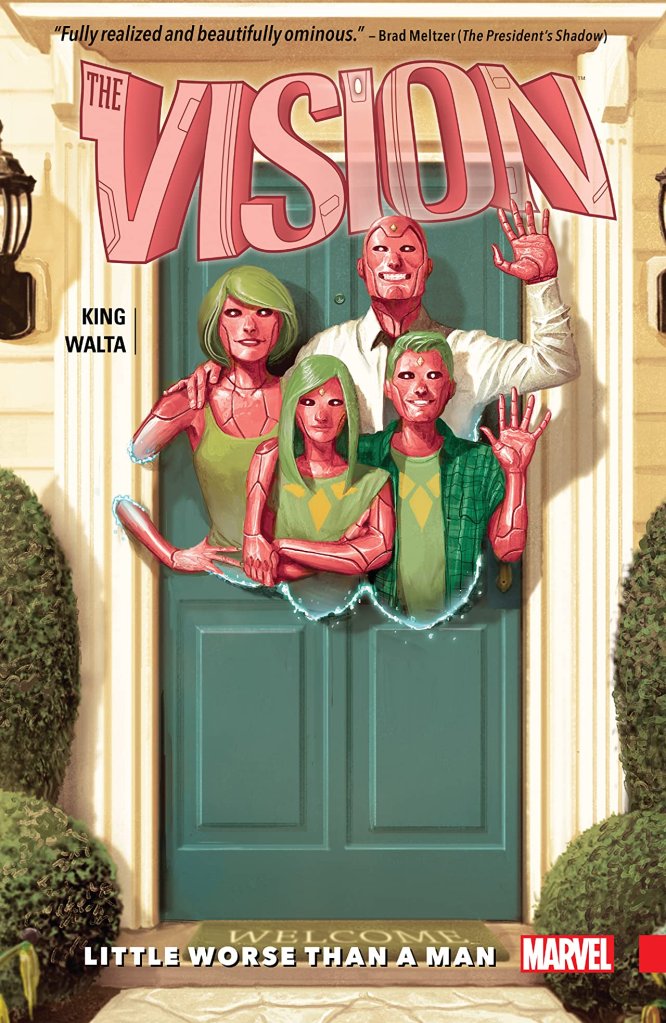 In an interview with Variety, Vision actor Bettany spoke about how the events of the mini-series The Visions was one of the main inspirations for WandaVision. “[It’s] a story about Vision trying to build a family in suburbia and it was sort of a mash-up between them, and also with a sort of loving look at American sitcoms throughout the American century,” he says.

In the comic, writer Tom King and artist Gabriel Hernandez Walta’s explore Vision’s quest to become a fully-actualized human, which includes building himself the perfect a wife and two daughters out of an “unrelenting need to be ordinary,” according to the series synopsis. Hilarity (and existential crises) ensue. 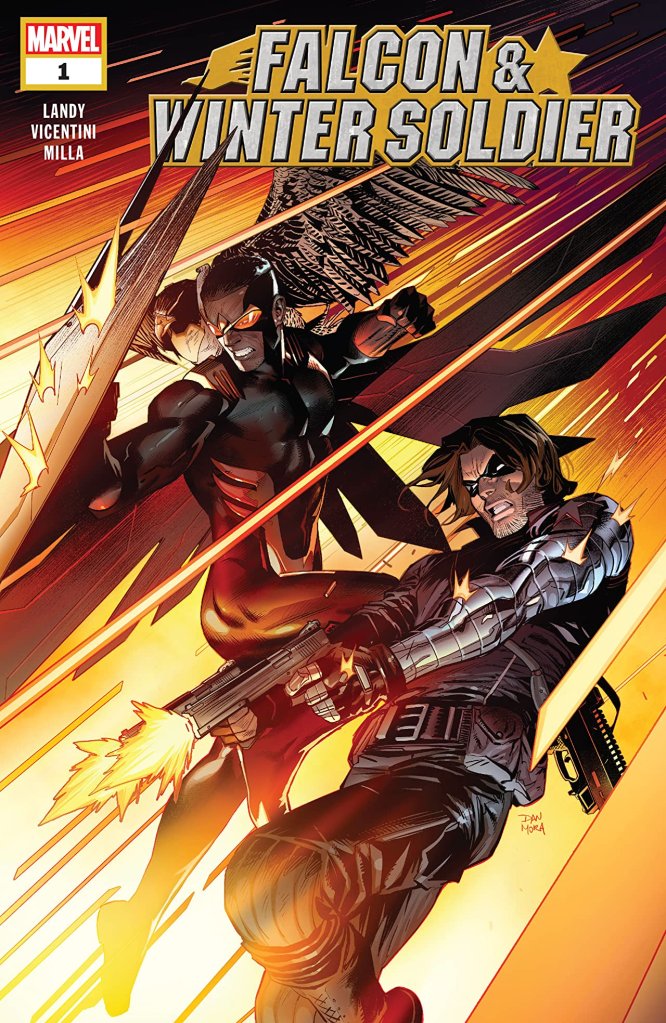 There’s no better way to prepare for the upcoming The Falcon and the Winter Soldier series than reading up on the comic edition of this dynamic duo. This current ongoing series by Derek Landy and Federico Vicentini reintroduces the characters, who have previously seen many successful runs of individual stories from both, and gives us a pretty good sense of what the dynamic between Sam Wilson and Bucky Barnes will entail on the show (including a lot of snark on both ends.) The two are reunited as ex-Captain Americas, as opposed to Wilson just taking up the honorary mantle in the MCU, and follows them as they try to uncover the new leader of Hydra before the terror group can re-take over the world. 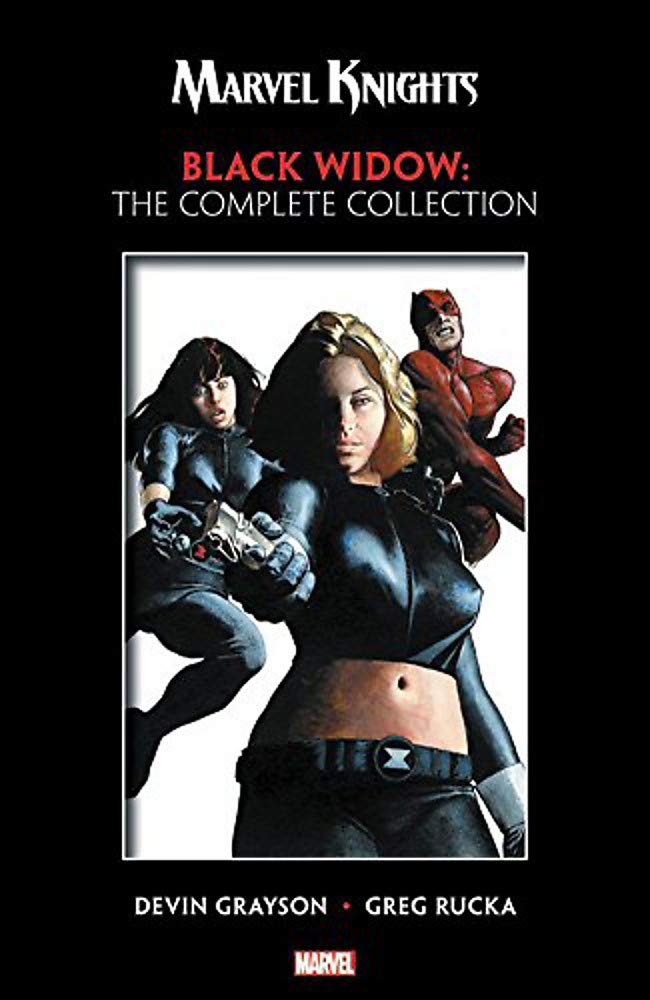 Natasha Romanoff (a.k.a Black Widow) is arguably a much more fleshed-out character in the Marvel comics than what were able to see of her onscreen before she died in Avengers: Endgame. After Scarlett Johansson’s standalone film Black Widow got pushed to over a year after it was originally supposed to debut, many fans were trying to fill the void with comic storylines that might give them a window in the mysterious pass of this expert assassin. The history of the “pale little spider” is expanded upon in Devin Grayson and Greg Rucka’s Marvel Knights Black Widow, where Romanoff meets her match, Yelena Belova—the only student of the Red Room to ever surpass her skills. What’s better than one Black Widow? Two. 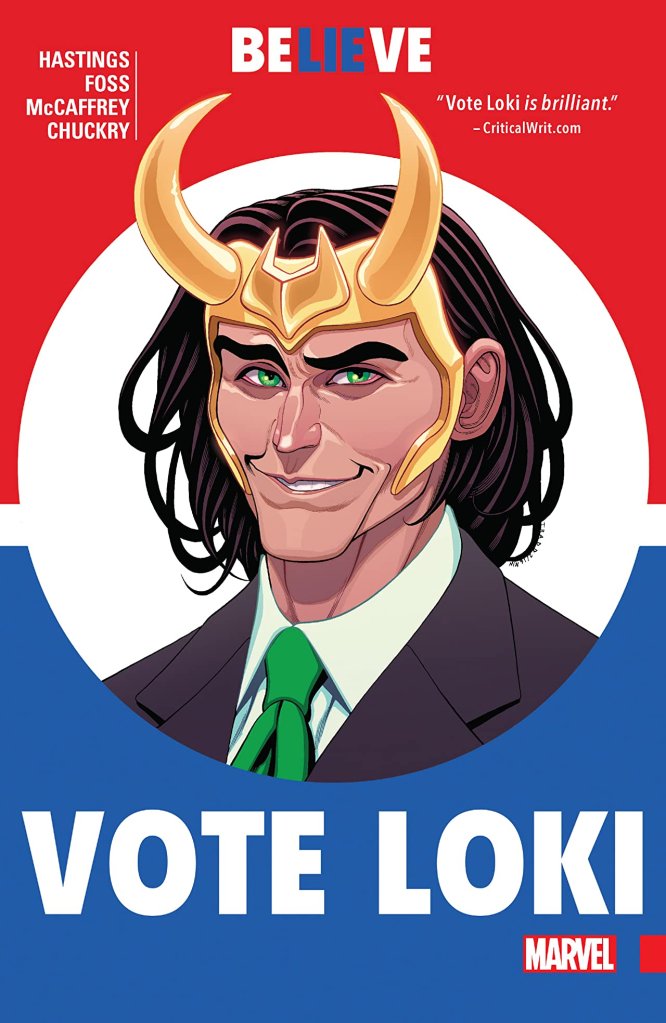 After the events of Avengers: Endgame, the God of Mischief himself is getting his own series, Loki, in which he’s brought to the Time Variance Authority after stealing the Tesseract. While the plot for this show seems mostly original for now, there are a few clear comic tie-ins: Luke WiIlson’s character of Mobius M. Mobius shows up the most in the Marvel comic versions of the TVA. However, the clear inspiration for Loki’s look in the TV series comes from the mini-series Vote Loki, in which the trickster runs for the highest office in the land…the President of the United States. His campaign takes off with a surprising about of support after claims he’s the only politician with “the guts” to lie to the American people. Some things, even across multiverses, never change. 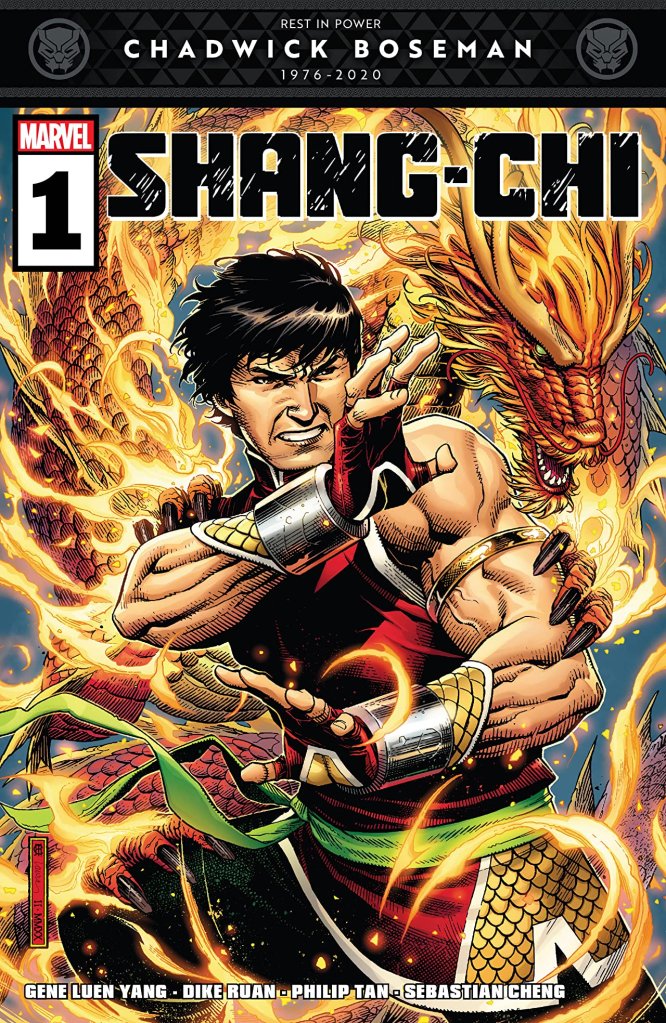 The upcoming film Shang-Chi and the Legend of the Ten Rings will make history as the first MCU film with both an Asian main lead (played by Simu Liu from Kim’s Convenience), and an Asian filmmaking team (director Destin Daniel Cretton and screenwriter David Callaham.) This most recent five-issue mini-series is a fresh reintroduction to Marvel’s underutilized Master of Kung Fu, from Eisner Award-winner Gene Luen Yang and art by by Dike Ruan and Philip Tan.

Here we discover the threads of Shang-Chi’s past, where he is chosen to bring balance to the world after the death of his father, the leader of an ancient and malevolent secret society. Betrayal, family, action, and justice—all the best ingredients for a classic Marvel tale are in this series.