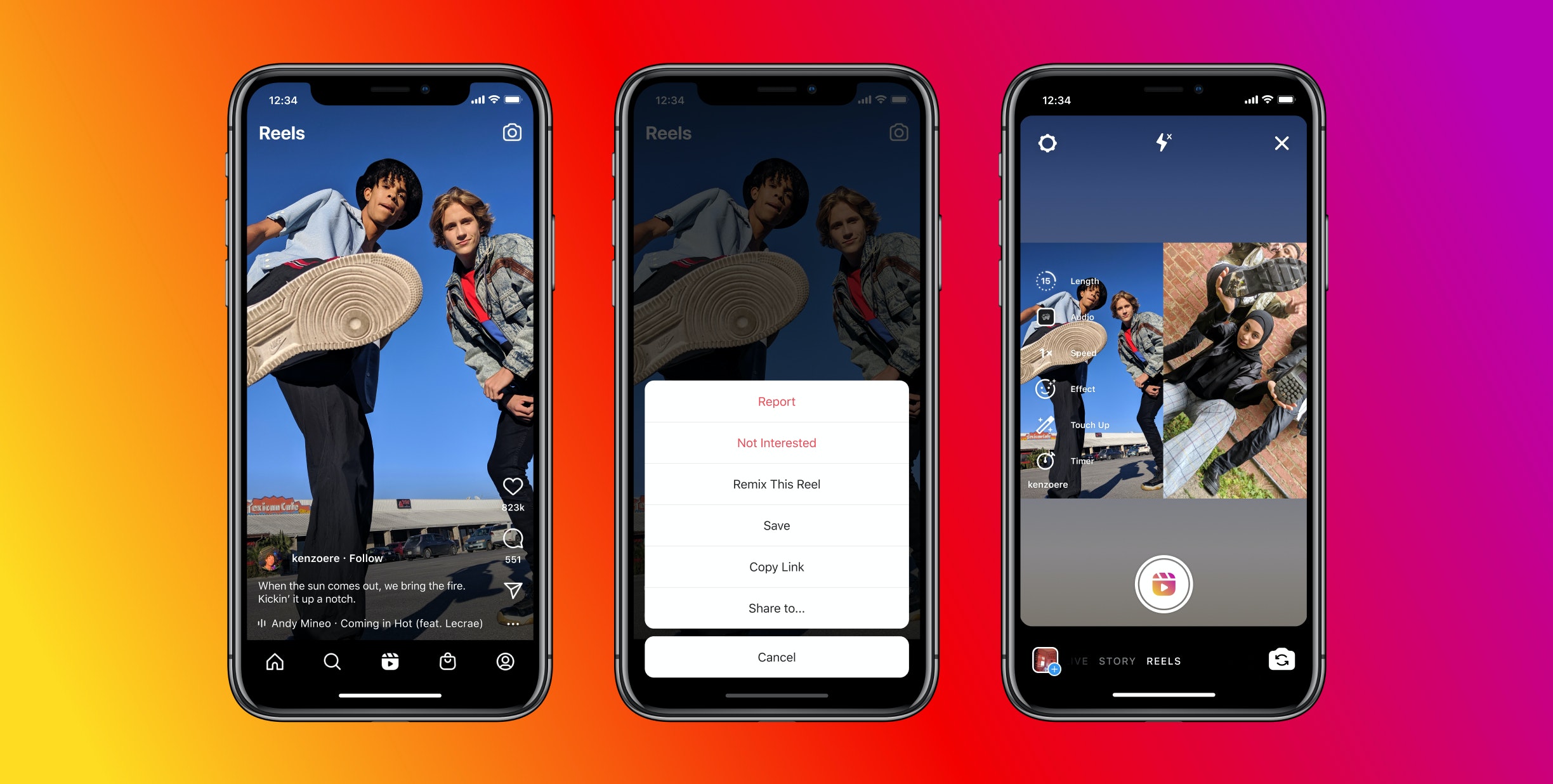 Instagram is putting its own spin on one of TikTok’s most popular OG features. Following Duets’ makeover in late 2020, Instagram is getting on the hype with a near-identical Reels update: Remix. Here’s how to use Instagram Reels’ Remix feature, which already boasts fans like John Legend and Taylor Cassidy.

Just like Duet on TikTok, which lets you virtually react and collaborate with other TikTokers, Remix creates a split screen that allows you to create a new video up to 30 seconds long to play alongside a different video you’re inspired by. You can make Remixes with your old Reels or create them alongside Reels from other creators. You can also download other peoples’ Reels to use in a Remix.

If you’re ready to get started, you’ll first want to find a Reel you want to remix with, then tap the three dots located at the bottom right of the video. There, scroll down and select "Remix this Reel," and you should see the screen split. One side will show the original video and the other side will show where you can start recording your Remix.

Like when you record individual Reels, you’ll be able to edit both the audio from the original video as well as your recorded one, and add a voiceover by using the slider and microphone icons at the top of the screen. Once you’re done editing, hit post, and voila, your Remix will be posted for all your followers to see.

Keep in mind that if you have a public Instagram account, Remix is available by default for all new Reels you publish, meaning literally anyone can create a Remix with them. To enable the feature on older videos, all you have to do is tap the three dot menu and select the option to "enable remixing." If you want to turn the feature off for any reason, you can switch it off for all Reels in your Instagram settings or, for individual Reels, you can tap the three dot menu to do so.

Want to create a Remix with a creator’s older video? You’ll have to ask them to enable the Remix feature on their Reel in order to use it.

Considering Instagram launched its Remix feature on March 31 and it’s still being rolled out, don’t worry too much if you’re not seeing it yet. A good rule of thumb is to make sure you have the latest version of Instagram and, if you still don’t have access to it, keep an eye out for the option in the coming days.