Last Friday, a 27-year-old transgender woman named Layleen Polanco was found unresponsive in a cell in Riker’s Island in New York City. Although attempts were made to revive her, she was pronounced dead. The Department of Corrections issued a statement saying her death was not “the result of violence or foul play,” however Polanco’s cause of death has not yet been revealed.

Due to the mysterious circumstances surrounding Polanco’s death — as well as the fact that she was reportedly the 10th black transgender woman found dead in the United States in 2019 alone — LGBTQ activists have been vocal in protesting her death, demanding answers from Mayor Bill DeBlasio and calling for the immediate closure of Rikers Island. Additional details that surfaced about Polanco’s death were even more heartbreaking: Polanco was being held in Rikers on failure to pay $500 bail resulting from bench warrants — warrants that are issued when an individual does not appear in court — related to an August 2017 arrest. The arrest was the result of an NYPD sting investigation after Polanco allegedly agreed to perform oral sex on an undercover officer in exchange for money. She was arrested for misdemeanor prostitution and a low-level drug possession offense.

As a result of her arrest, Polanco was required to appear in Manhattan’s Human trafficking Intervention Court to receive counseling services, an alternative to jail time that is often presented by judges to those arrested on prostitution charges. She was arrested again last April for allegedly biting a cab driver; although she would have been released from Rikers on this charge, she was reportedly held in jail because she had failed to complete the court-ordered diversion program and could not pay the $500 bail. (In response to Rolling Stone‘s request for comment, Lucian Chalfen, Director of Public Information at the New York State Unified Court System, said, “Layleen Polanco had a number of open cases at the time a New York City Criminal Court Judge set bail on her most recent arrest for assault. She actually had eight failure to appear warrants in connection with the earlier Human Trafficking part case. Bail, in New York State, is set to ensure the defendant’s return to court, which by her past behavior seemed to be an issue for her.”)

At the time of her death, Polanco was being held in a restrictive housing unit at Rikers because she had been involved in an altercation with a fellow inmate, a Department of Corrections spokesperson confirmed. She had been in there for at least a week. According to Polanco’s family members, who spoke at a rally organized by LGBTQ community organization the Anti-Violence Project on Monday, Polanco suffered from a medical condition that was linked to seizures 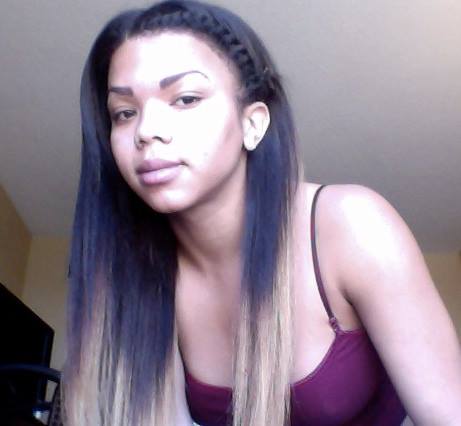 The fact that Polanco had died in a restrictive housing unit when she was being incarcerated for failure to meet bail for misdemeanor charges drew widespread ire across social media, with many prominent political figures, such as Alexandria Ocasio-Cortez, decrying her death. It also prompted Decrim NY, an organization lobbying for a bill introduced this week that would decriminalize sex work in New York state, to issue a statement on Polanco’s death.

“We urgently need to decriminalize sex work now — actually decriminalize sex work, not just more reforms that widen the net and tie people up in the legal system — to protect our TGNC communities of color who rely on the sex trade to survive,” said Jessica Peñaranda, Decrim NY Steering Committee member and director of Movement Building at the Sex Workers Project at the Urban Justice Center. “We cannot have another death. Not one more.”

Sex workers in the LGBTQ community outraged by Polanco’s death say the harsh circumstances surrounding her incarceration, combined with her poor treatment at the hands of police that led to her ending up at Rikers in the first place, are all too common for transgender sex workers of color, who are often targeted for discrimination and harassment by law enforcement officials and are subject to appalling treatment in the prison system.

“It touches too close to home,” said Cecilia Gentili, a transgender former sex worker, principal owner of Transgender Equity Consulting, and steering committee member of Decrim NY. Similar to Polanco, Gentili was arrested nearly a decade ago on a drug possession charge and failed to complete court-mandated treatment, then was arrested again on prostitution and drug charges and sent to prison due to the outstanding warrant.

“It is very unfortunate that the case of Layleen is making a point for decriminalization. I wish we wouldn’t have this point to make,” she said. “But it’s an important point as to why criminalization kills a beautiful community.”

Many activists like Gentili believe that criminalization of sex work uniquely targets and further marginalizes transgender women of color. According to one 2015 survey from the National Center for Transgender Equality, nearly 21% of black transgender Americans reported having participated in sex work, as opposed to 12% of all transgender respondents. This is in part because transgender women of color like Polano are already far more vulnerable to employment discrimination to begin with, with the same report indicating that transgender black women were twice as likely to report being unemployed than members of the transgender population and four times as likely as members of the general population.

For many transgender women of color, Gentili said, sex work is one of the few sources of income available to them, leading them to engage in what is often known as survival sex work. “As a transgender person, continuing education, finding job opportunities, it’s so hard,” she said. “For us, sometimes it’s very easy for us having to make a decision to go into sex work. And some of us really hate it and some of us are really empowered by it.” The complex motivations behind sex work, as well as the difficulties of staying safe and making a living, are compounded by the fact that sex work is criminalized, and transgender women of color are also far more likely to be targeted for profiling and harassment by the police.

“I have had some convos with people saying I’m afraid of going to a club or the pharmacy in the nighttime because I’m afraid of being arrested, just for walking while trans,” she said. “I remember on one occasion that one of my community members said she carries her marriage certificate to prove [to police] that the person she’s walking with is her partner…that is the situation that the police and their abuse create.”

In addition to the many obstacles faced by transgender women of color in the criminal justice system, many activists point out that court-mandated counseling service — which are ostensibly supposed to help sex workers and keep them out of jail — are doing more harm than good.

Because there is no indication that Polanco was a trafficking victim, it’s unclear exactly how mandated treatment services would have benefited her, said Nina Luo, a fellow Decrim NY steering committee member and VOCAL-NY organizer, who referred to such mandated counseling services as “inherently coercive.” “If you don’t do them, then you might go to jail. If you don’t do them, it might impact your housing,” she said. “There’s no real choice given. And in the case of Layleen, it can have fatal consequences.” (Asked about the efficacy of Human Trafficking Intervention Courts for those who do not identify as trafficking survivors, Chalfen said, “We have 11 courts throughout New York State and will be opening an additional one in Utica shortly. Each county of New York City has a HTIC. We see them as effective.”)

Once they are incarcerated, it is also not uncommon for transgender inmates to be placed in restrictive housing units or even solitary confinement, ostensibly for their own protection, as they are often targets of violence by other inmates and face an increased risk of physical and sexual assault, said organizer and former sex worker TS Candii. “They put us in solitary confinement because they tell us it’s for our safety. But it’s more like a death trap,” she said.

Initial media reports stated that Polanco had been placed in solitary confinement, which the Department of Corrections has disputed, clarifying that she was placed in a restrictive housing unit as the result of a behavioral infraction. “Solitary confinement generally refers to someone who’s spending at least 22 hours a day with minimum human contact. That was not the case with Ms Polanco. She was afforded during the week up to 7 hours a day outside of her cell,” a spokesperson for the Department of Corrections said.

But former Rikers inmates who spoke at the rally for Polanco on Monday have suggested that the distinction between solitary confinement and the restrictive housing unit is negligible. Garcia, who was incarcerated in Rikers on assault and robbery charges for 19 months, said she spent three weeks in a restrictive housing unit after she was attacked by another inmate. “Literally, I was trying to suicide myself. I was crying a lot,” she said. “Being there in my cell just by myself, it was so hard.”

It is the hope of LGBTQ activists and sex workers’ rights activists that Polanco’s tragic death will be the wakeup call needed for legislators to improve not just conditions in prison for transgender inmates, but make a permanent change regarding the laws surrounding the criminalization of sex work in general, which, as Polanco’s story tragically demonstrates, disproportionately affects those most at risk of being failed by the criminal justice system in the first place. Gentili is “optimistic” that the decriminalization bill will pass the New York state legislature.