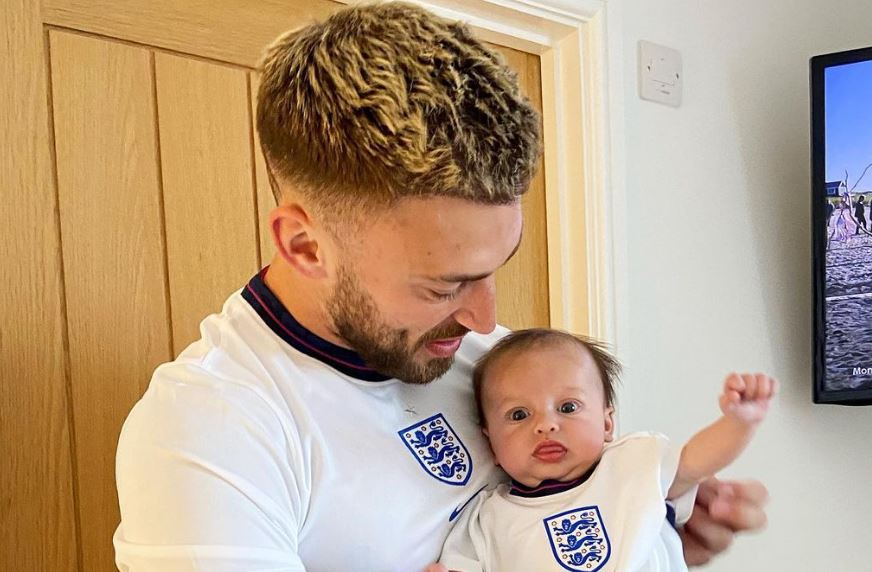 Jake Quickenden has written a sweet message to his baby son Leo as he turned 13 weeks old.

The X Factor said he is ‘proud’ to be Leo’s dad in the wake of horrific comments from online trolls attacking his son’s appearance when he was just a few weeks old.

He posted two pictures of Leo at 4 weeks old and 13 weeks old and highlighted how his little one is ‘growing and changing’ all the time.

Jake, 32, added that he thought his boy was ‘beautiful then and beautiful now’, noting the difference between the two snaps with Leo wearing a different cute baby grow in each one.

He said: ‘Say what dad people really called me ugly…. 😂!! Leo’s face says it all what a beautiful little boy, growing and changing, so alert and smiling all the time, happy and flourishing!!

The Dancing On Ice star recently opened up about the vile messages sent to himself and girlfriend Sophie Church including one nasty comment that told them to drown baby Leo, who he welcomed in February.

The new dad is calling for laws around social media to change, telling New magazine: ‘It hurt, but you have to ask yourself, “Why are people doing this?” Sophie received one saying, “Why don’t you drown your baby.” Something must change with the online laws.’

The singer also shared he has been told that Leo ‘needs Botox’ and has been called ‘ugly as f**k’.

Blasting the people who hide behind anonymous accounts to spew hate, Jake added: ‘It’s so baffling to me that I should have to stay off social media if I don’t want my four-week-old trolled.

‘I don’t mind people giving me s**t, as sad as it is I’ve had to get used to being called “irrelevant“, “ugly“, “attention seeking“ and the list goes on but to troll an innocent child is so wrong and the people doing it seriously need to seek help.’