Jennifer Hudson felt that the best way to honor the late soul singing legend Aretha Franklin in the biopic Respect was to deliver as much authenticity in her performance as the Queen of Soul invested in her music.

“How do you even begin to capture or approach someone so massive as Aretha Franklin, that’s so dear to all of us in some way?” a still-marveling Hudson, who was Franklin’s personal choice to portray her in her life story, told Deadline’s Contenders Film: Los Angeles, where she shared a panel with the film’s director Liesl Tommy, costume designer Clint Ramos, hair department head Lawrence Davis and makeup department head Stevie Martin.

“For me, being a fan, from a music perspective — and knowing that, being conscious of it — I felt as though as an actor the only way to approach it would be to approach it in the most authentic and honest way as possible,” Hudson told moderator Valerie Complex on Sunday. “To just live in the moment, versus trying to imitate or emulate anything like it; to experience it, so it could come from the most honest place within myself. … If I can’t feel it, how do I expect you to? So the only way to help make it resonate is to allow it to be as real to me as possible.”

Hudson detailed her emotional journey from being flattered to be handpicked by Franklin prior to the singer’s death to the onset of nerves as she wondered exactly how to successfully pull off the acting challenge.

“It’s exciting when Queen of Soul says, ‘I want you to play me.’ ‘Oh, OK.’ And then it’s like, ‘Oh my God – wait! What am I supposed to do? How do you approach that?’ ” chuckled Hudson. “You know you’re the most important person when even in your death it’s still about you. So it’s exciting, but scary at the same time. But it was her faith in me that allowed me to get through it, the passion for it and knowing what was the assignment and what was given. 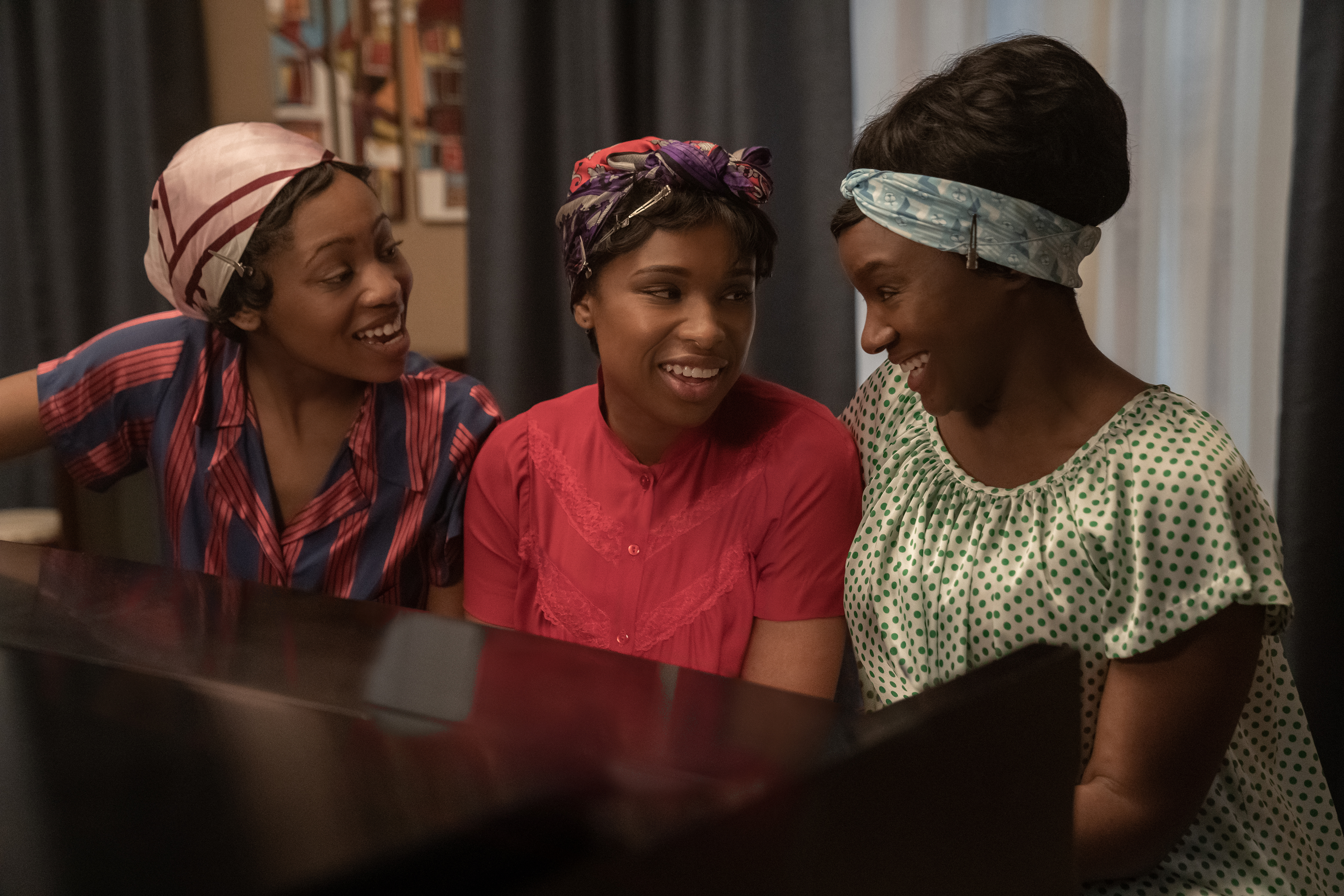 “It’s the most personal project to me for that reason,” she continued, “wanting to approach it in the most honest, in-depth way that I possibly could, and I think we all can agree it’s the Queen of Soul: She gave it to us authentically.”

Hudson said everyone in the cast and crew shared a sense of commitment to telling the story right.

“We wanted to create something to honor her memory and authentic way,” the Dreamgirls Oscar winner said. “When I say everyone was there out of love and respect for Miss Franklin, you could feel it in the energy. There was not a day that went by that everybody wasn’t there and wanting to be there. We were all in there — full-in with heart.”

”When I was talking to everybody about the design and the concepts in the beginning, I kept in mind that Aretha Franklin loved Detroit, she loved her family, she loved music, and she loved Black people,” he said. “And I wanted this film to be saturated with love for Black people: the way they looked, they were they were shot, the way they were lit, the way they talked to each other. Our deep devotion to her and to her people is in every frame of that that film.”

From a screenplay by Tracey Scott Wilson (The Americans, Fosse/Verdon), Tommy’s feature directorial debut looks at the first two decades of Franklin’s life — through her upbringing as a musical prodigy and the loss of her mother to a rise to stardom that defied the constraints of an abusive marriage and a patriarchal system. Forest Whitaker, Marlon Wayans, Audra McDonald, Marc Maron, Tituss Burgess and Mary J. Blige co-star.

Check back Tuesday for the panel video.