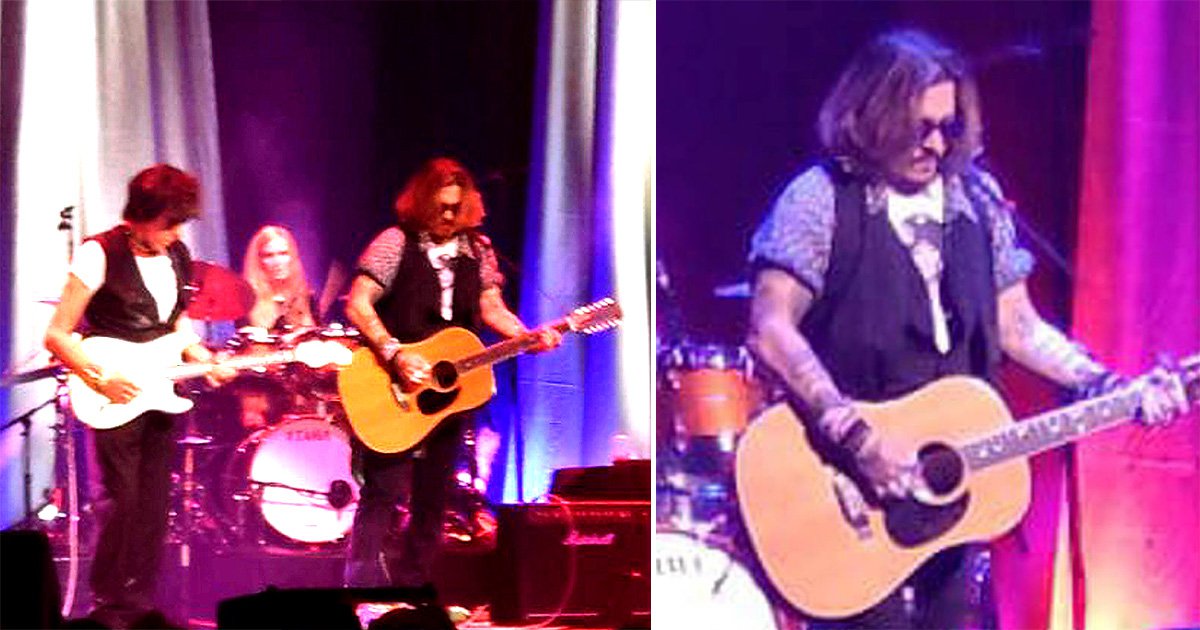 Jeff Beck and fans celebrated as Johnny Depp joined him on stage once again during his UK tour on Thursday night in Gateshead.

The 58-year-old actor has been supporting the guitarist since Sunday, surprising fans when he first appeared during Beck’s Sheffield gig and then going on to join him at London’s Royal Albert Hall.

The star, who has now been confirmed to join his musician pal on the rest of Beck’s UK tour dates, which run up to June 7, took to the stage for the fourth time and was reportedly met with a chorus of cheers and applause from the audience.

The actor made no mention of his recent legal victory, but Beck referenced it in his introduction of the star.

As he came onto the stage, beaming, for his section with the singer and guitarist, Beck joked: ‘There’s someone here. You may not know who it is…’

According to MailOnline, he then shouted in a nod to Depp’s court case win the day before: ‘What a result. What a result!’

As with their previous shows together, the pair went on to perform a selection of rock ballad covers.

During the encore, they were said to have played The Beatles song A Day in the Life before embracing.

Beck also reportedly told the crowd that they had collaborated on an album due out ‘in July’, before commenting: ‘Really, the s**t he has been through.’

On Thursday, Depp waved cheerily to fans as he arrived at the venue near Newcastle, as well as making an impromptu visit to a wildlife rescue centre.

He also celebrated his win with Beck and Geordie local Sam Fender at a pub in Newcastle on Wednesday, where he took time to greet fans.

It’s thought that Depp committed to the tour before the dates for the trial were set.

Depp sued Aquaman star Heard for $50million (£39.8m) over a 2018 op-ed she wrote in the Washington Post, which did not mention him by name, titled: ‘I spoke up against sexual violence — and faced our culture’s wrath. That has to change.’

On Wednesday, the jury confirmed that they had unanimously reached a verdict, awarding Depp $10m (£8m) in compensatory damages, and a further $5m (£4m) in punitive damages.

Heard won one of her three defamation countersuit claims against Depp, and was awarded $2m (£1.6m).

Her lawyer has since revealed that she is ‘absolutely not’ able to pay the $8m in damages to her ex-husband.

Despite Depp being awarded a total of $15m in damages, Judge Penney Azcarate reduced Depp’s $5m punitive damages to instead award $350,000, the maximum in Virginia. He also has to pay Heard the $2m in compensatory damages she was awarded, so he therefore walks away with $8.35m in overall damages.

Appearing on the Today Show, the Aquaman actress’s attorney Elaine Bredehoft also said that Heard will ‘absolutely’ be appealing the verdict, telling the host: ‘She has excellent grounds for it.’