JWoww’s son has come a long way! Two years after the ‘Jersey Shore’ star revealed that her baby boy was diagnosed with autism, JWoww shared a video of him ‘crushing it’ at reading!

“Greyson Mathews KEEPS CRUSHING IT!” Jenni “JWoww” Farley captioned the Dec. 2 Instagram video of her and 4-year-old Greyson doing some reading exercises. One by one, Greyson reads out the words on the flashcards to say, “My mom is fun.” This accomplishment brings a huge smile to the young boy’s face, and everyone around him cheers. “I cry every time I watch this,” added JWoww, who, in 2018, shared that her son was diagnosed with autism.

“Greyson, he was recently diagnosed with autism,” Jenni said when speaking HollywoodLife in 2018, mere months after she shared on an episode of Jersey Shore: Family Vacation that her then-2-year-old still wasn’t speaking. At the time, Greyson was “non-verbal,” but after he was already starting to make “leaps and bounds when it comes to speech,” thanks to therapy. “

“He’s understanding words better, which was his issue. Not that he couldn’t speak, but he would never know what his shoe is or if you said, ‘Greyson,’ he actually didn’t even know his name at one point until he was a little over two,” she told HollywoodLife. “So now that he’s understanding simple words, he’s come so far.” 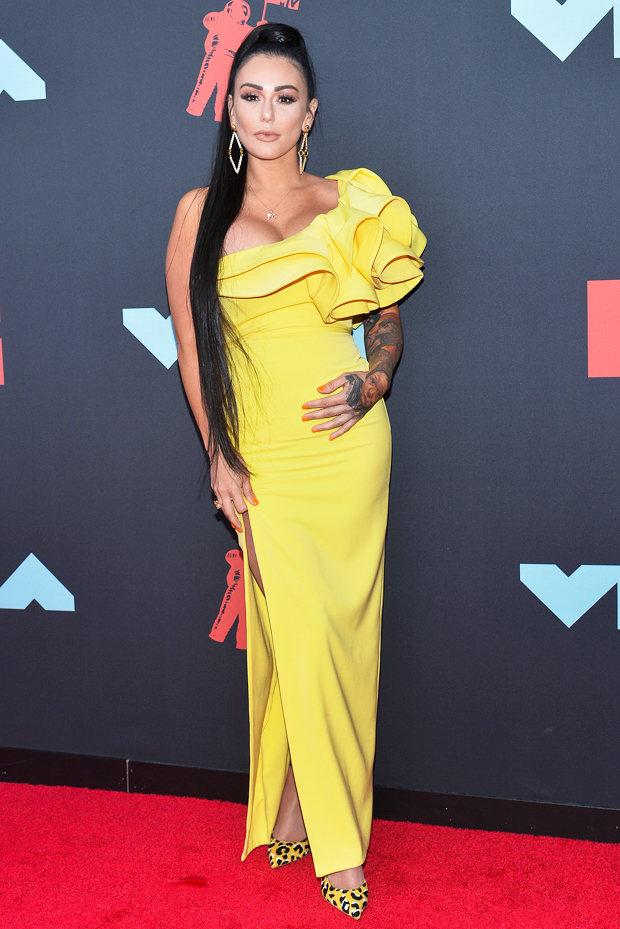 “He only did ‘blue’ for a year, and within the last two weeks, he knows green, yellow, red, white, and he’s [doing sign language] so much more,” she added. “The only thing that frustrated me is there was only one sign shown where he didn’t speak, and a lot of people would be like, ‘Oh, his sister’s speaking for him,’ or, ‘He had nothing to say.’ It was like I was speaking another language to him. That was the frustrating part because it didn’t fill in. He didn’t understand what you were saying.”

This “frustration” also took a toll on JWoww’s relationship with her husband, Roger Mathews. JWoww, in a 2019 episode of Jersey Shore: Family Vacation, revealed that Roger struggled to accept that their son might have a developmental disability. “Roger believed that Greyson was just a slow learner and was going to learn on his own,” JWoww said. “And that caused a lot of tension in our household because you have one parent that’s like, ‘I need to get ahead of this,’ and you have another parent that’s like, ‘what are you doing, it’s not a big deal, there’s nothing wrong with Greyson.’” Ultimately, the two came to an understanding and got their son the help he needed.

12/03/2020 Celebrities Comments Off on JWoww’s Son, 4, Shows Off His Reading Skills In New Video 2 Years after Autism Diagnosis
Recent Posts
We and our partners use cookies on this site to improve our service, perform analytics, personalize advertising, measure advertising performance, and remember website preferences.Ok