Kim Kardashian recently sat down for a candid new interview, and she had a rather interesting response when asked who her ‘favorite’ ‘SNL’ cast member is.

In a new interview with Bari Weiss, 37, for her Common Sense newsletter, Kim Kardashian, 41, was (naturally) asked about her ongoing romance with Pete Davidson, 28. But Kim was asked in such a clever way (prop to Bar) that she almost got tricked into spilling some romantic details about her relationship with the Saturday Night Live star.

After answering a few questions about soon-to-be ex-husband Kanye West and her ongoing influence in the celebrity landscape, Kim took part in a lightning round of questions. Not only was she asked about her favorite Taylor Swift song, but she was also asked about her favorite Kanye album, her smell, whether she believes in God and more. But it was when she was asked about Saturday Night Live, that Kim almost had to mention her new man. 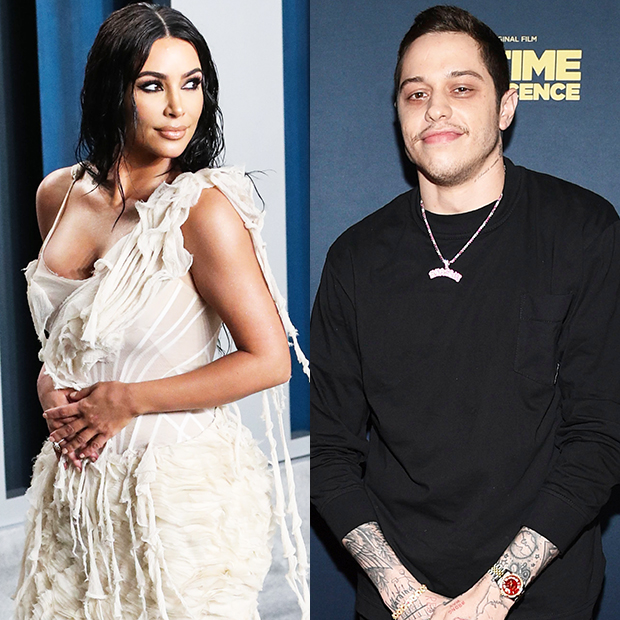 “Who’s your favorite SNL cast member?,” Bari asked Kim, to which she hilariously replied, “What a setup! Bari, you know.” Oh, we definitely know, Kim. We sure do.

The KKW Beauty founder and Pete have been romantically linked since October, when they shared a steamy kiss during a SNL skit. Since then, they’ve gone on numerous dates, including a romantic dinner at a pizzeria on Staten Island (his hometown). Pete later celebrated his 28th birthday with the mother-of-four at Kris Jenner‘s Palm Springs home on Nov. 16, and they were seen holding hands in the area that same weekend. Recently, a source revealed to HollywoodLife that Pete and Kim “are not super serious,” but they do “have really strong feelings for each other” and “are not looking to date anyone else right now.”