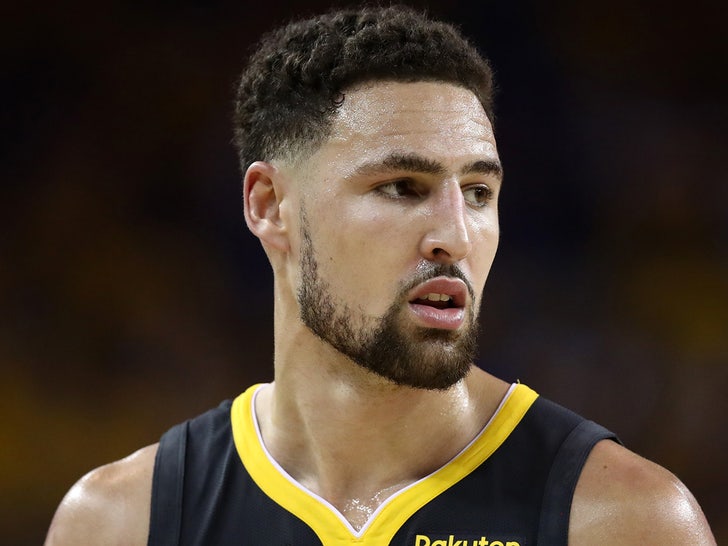 NBA superstar Klay Thompson has been diagnosed with a torn right achilles tendon — and will miss the entire 2020-21 season.

It’s the worst possible news the Golden State Warriors could have received about the Splash Brother after he went down with an injury during a pickup game Wednesday in Downtown L.A. with other NBA players.

The team initially feared the injury could be severe … a fear that was realized Thursday after the test results came back.

The injury usually takes 9 to 12 months for recovery — though Kobe Bryant famously returned after 8 months when he suffered the same injury back in 2013.

What’s worse for Klay is that he was busting his ass over the past year to return from a torn ACL in his left knee — an injury he suffered during Game 6 of the 2019 NBA Finals, which required him to miss all of last season.

It’s a major blow to the Warriors … who posted the worst record in the league last season without their two biggest stars — Thompson and Stephen Curry, who was recovering from a broken hand.

Thompson is easily one of the best shooters in the game — with a career average of 19.5 points on 45% shooting … including 41% from 3-point range.

11/19/2020 Celebrities Comments Off on Klay Thompson Diagnosed with Torn Achilles, Will Miss Entire NBA Season
Recent Posts
We and our partners use cookies on this site to improve our service, perform analytics, personalize advertising, measure advertising performance, and remember website preferences.Ok