To no one’s surprise, Lady Gaga arrived at the London premiere of her latest film, House of Gucci, clad in a fresh-off-the-runway gown courtesy of the Italian fashion brand.

The superstar made a major entrance on the red carpet in the violet-hued number, which was featured in Gucci’s star-studded Love Parade fashion show last week in Los Angeles. She paired the look with two of her personal-style signatures: sky-high stiletto platform boots and a pair of a sexy, mesh-knit fishnet stockings. Her sleek, platinum-blonde hair was worn down in a blowout, and she matched her makeup to her gown, sporting a smoky purple eye look for the evening. 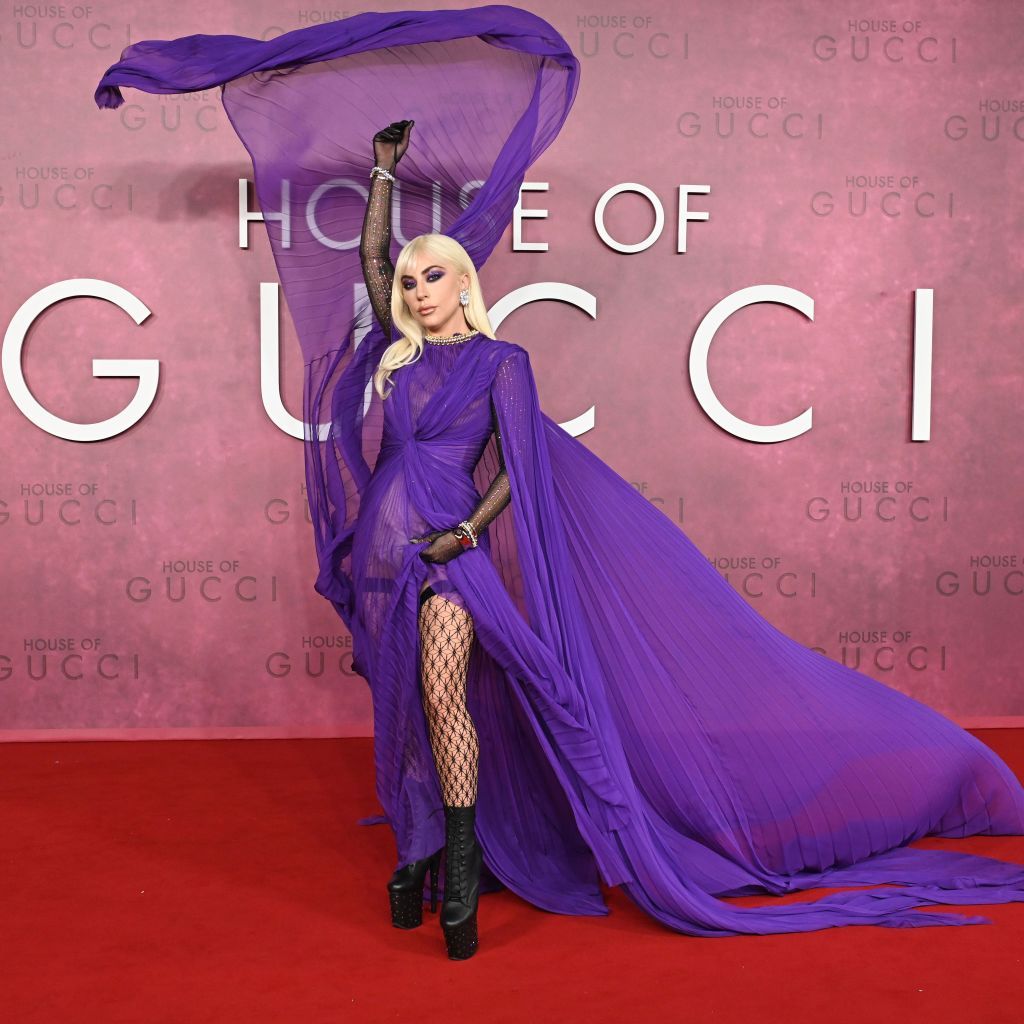 Gaga was joined, of course, by her A-List costars for the premiere, including Adam Driver, Salma Hayek, and Jared Leto. All three actors were also dressed by Gucci for the occasion. Hayek sported a glimmering gold lame gown with exaggerated sleeves and an elaborate necklace. Leto wore a turquoise velvet suit with white boots, while Driver went for a more classic, toned-down menswear look in a simple black suit. 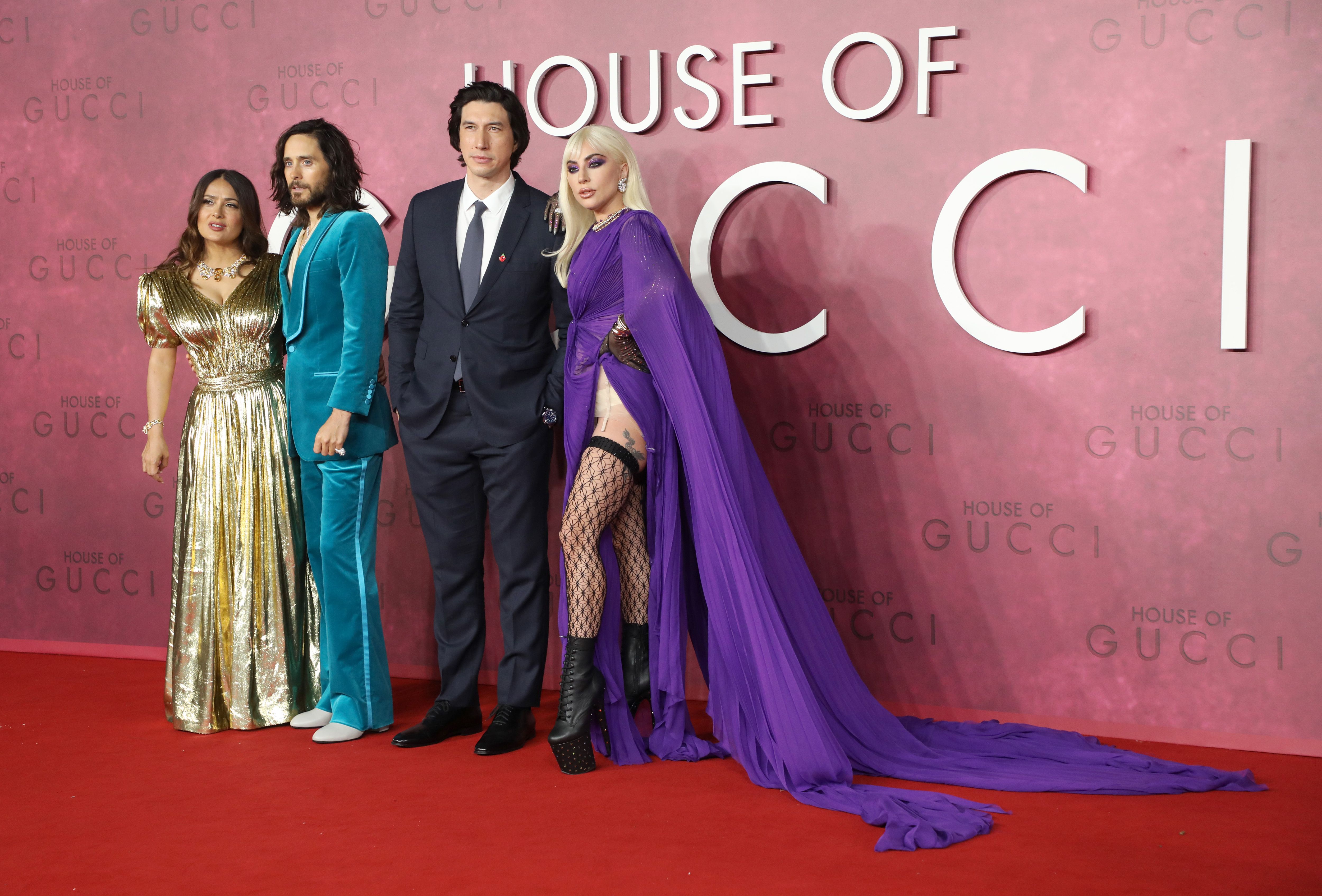 Fans have been eagerly awaiting the release of House of Gucci since Gaga was announced in the starring role as Patricia Reggiani. The film, directed by Ridley Scott, portrays Reggiani’s doomed marriage to Maurizio Gucci. The real-life Reggiani spent 18 years behind bars for plotting the murder of the Gucci heir before being released in 2016.

11/09/2021 Celebrities Comments Off on Lady Gaga Wears a Flowing, Fresh-off-the-Runway Gown to the U.K. Premiere of House of Gucci
Recent Posts