Larry Kudlow: The economy is stronger than people think

I hate to say it, but I have a totally different take. It may not be politically correct from a conservative viewpoint, but actually, I'm going to say, it was a solid jobs report. that's right, may not have been the best in history, but it was pretty strong.

The key point here, overlooked by so many people, and I don't know why: private-sector jobs rose 317,000. Remember private sector jobs? they're the most important jobs, and upward revisions to private jobs in July and august came to over 100,000.

And actually, private jobs rising about 414,000 with revisions were just about on target with the consensus estimates.

And that's why, by the way, why the stock market didn't react very much. Last I looked, it was down just a smidge. Now, it was government jobs and especially government school jobs that crashed in this report.

This has to do with crazy seasonal adjustment problems, which can't keep up with various pandemic-related school closings and openings around the country.

But I'm interested always in free enterprise capitalism which is much better than big government socialism, and one way to track free enterprise capitalism is private employment, which is doing pretty well thank you very much, and it showed up in today's report. Sometimes, you have to be empirical and objective, not political, in your economic analysis. And I'm sorry that so many commentators were not.

And, there's other good stuff in this report, besides private jobs. For example, household employment, which is mainly driven by small businesses, and that is where the unemployment rate derives, was up 526,000. that's a big number.

SUPPLY CRISIS DRIVES WALMART AND RIVALS TO HIRE THEIR OWN SHIPS

And because of that, the unemployment rate declined again from 5.2% to 4.8%. That's very important. And the so-called underemployment rate called U-6 and covers even more ground dropped from 8.8 to 8.5%. And the employment to population ratio edged up from 58.5 to 58.7%. 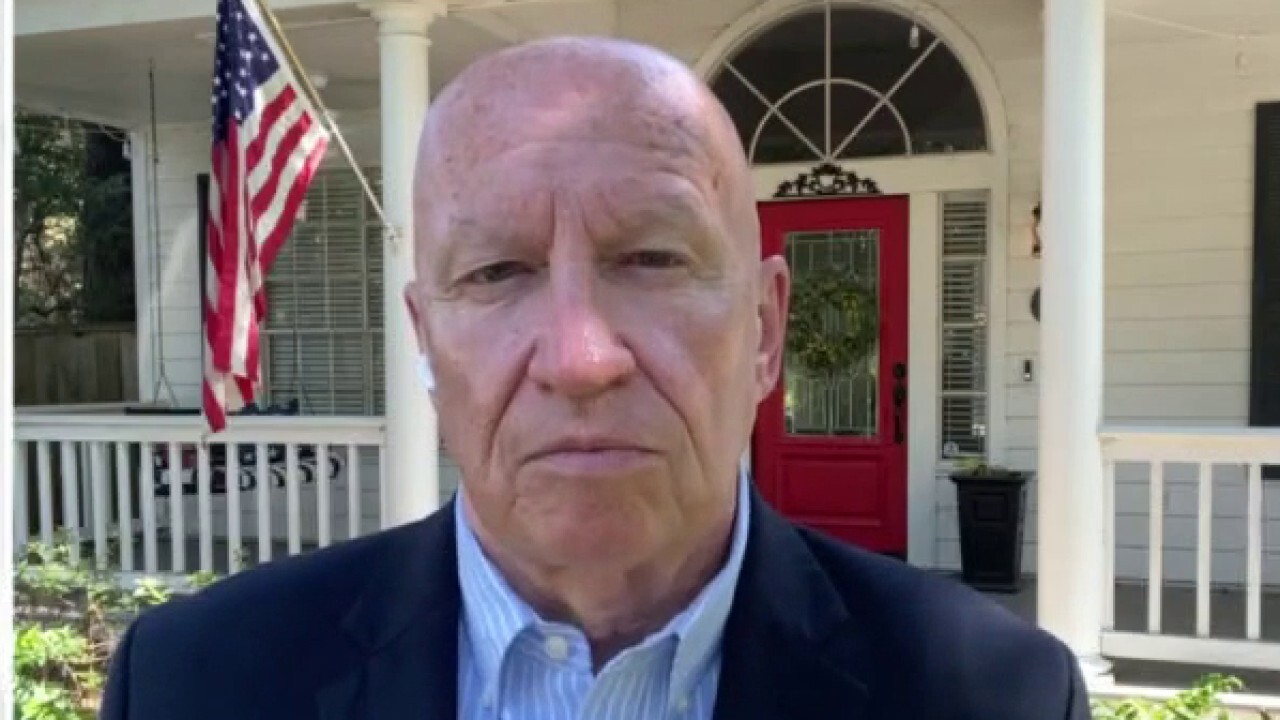 Texas Republican discusses how to get people back to work and improve the economy on ‘Kudlow.’

I'm throwing a lot of numbers at you, but they're important numbers, because as I say, when you look under the hood at the private economy, the jobs were very strong in September.

Now, here's a little trick to help explain the economy and to understand consumer income or worker income. you take hourly earnings times hours worked, and that's called the wage income proxy, and that jumped up 9.5% over the past 12 months. It is a huge number. And I'm delighted that wages are going up, delighted to help the blue-collar middle-class workforce. And by the way, they're earning their wage increases because the productivity rate is also rising nicely.

Now, the inflation rate for the consumer price deflator was 4.3% for the year ended in August. And the Consumer Price Index was up 5.3%.

So you can see, rising wages at 9.5% are outstripping inflation despite what nearly all commentators continue to say. Now, don't get me wrong, the inflation rate is too high I grant you, that. I don't want 4% inflation, I don't want 5% inflation.

And the Fed should stop financing the government's bad spending and borrowing habits, and the Fed should end its quantitative easing because if they don't the inflation rate will go even higher.

But having said that, I maintain wages are strong.  And that's a good thing.

Now, here's a hint about future job numbers, in the last two weeks and this from my friend Ed Hyman, continuing jobs claims have plunged by 7 million people. 7 million! An enormous decline. I think mainly because the federal unemployment plus-up ended the first week of September. Of course benefits matter. If you stop paying people not to work, guess what? They'll come back to work. And I think in the next few weeks, you'll see a larger workforce, more people coming to work, and more people will get these jobs. It may take a couple of months to play out but it shows the potential for some very big job gains in the next few months.

Now, two final thoughts on all this. I know I'm being very contrarian, but I'm trying to give you the truth.

But here's my second point, and I think it's a more important one. In this economy, perhaps any economy, we don't need $6 trillion in additional spending "stimulus." That will undoubtedly the inflation rate. which is a tax on the middle class. And we don't need multi-trillion tax hikes that will throw a wet blanket over the Trump-induced pandemic recovery.

Higher taxes and inflation are a double tax on the middle class, and we don't need a green new deal that has already belittled America's primacy in world energy markets. Nat gas, home heating oil, crude oil, gasoline, all too expensive because of Biden energy policies that have reversed Trump's energy independence. And we do not need an entitlement welfare state which would in fact damage jobs by paying folks not to work.

Joe Manchin is right. we need means testing, time limits, and we need workfare requirements. And we do not need another dollar of entitlement welfare spending. Not another dollar! We do not need to embark on the Europen model. So, the moral of my story is, my jobs take is more accurate and more interesting than anything you've heard or read so far today. It is empirical, not political.

And second, I will simply say save America. kill the bill.

This article is adapted from Larry Kudlow's opening commentary on the Oct. 8, 2021, edition of "Kudlow."

10/09/2021 Celebrities Comments Off on Larry Kudlow: The jobs report was better than people are saying
Recent Posts