Lorraine Kelly, 62, and her 28-year-old daughter Rosie have returned for another series of Channel 4’s Celebrity Gogglebox. The mother-daughter duo delighted viewers with their witty TV commentary last year and the presenter told Express.co.uk that she was “chuffed” to be asked back.

She said in an exclusive interview: “I love it, I’m so happy to be asked back, both of us were really chuffed. It’s hilarious, you are basically just there watching the telly, it’s brilliant! And Rosie really enjoys it.”

When filming, they are regularly joined by Rosie’s adorable sausage dog, Ruby, who enjoys cuddles while they watch the best TV of the week.

When Lorraine announced that she was returning to the show last month, fans were left concerned when she did not mention her eight-year-old border terrier, Angus. 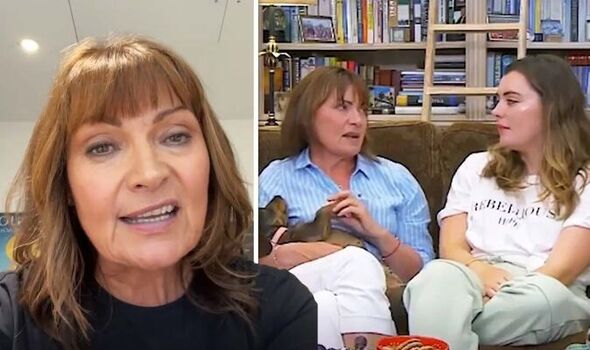 Pauline echoed: “Where is Angus?”

Stephanie also said: “Where is Angus? Angus should be there too!”

And Lois added: “Where is Angus?”

During our chat, Lorraine explained that viewers are unlikely to see much of her beloved Angus because he isn’t keen on the cameras. 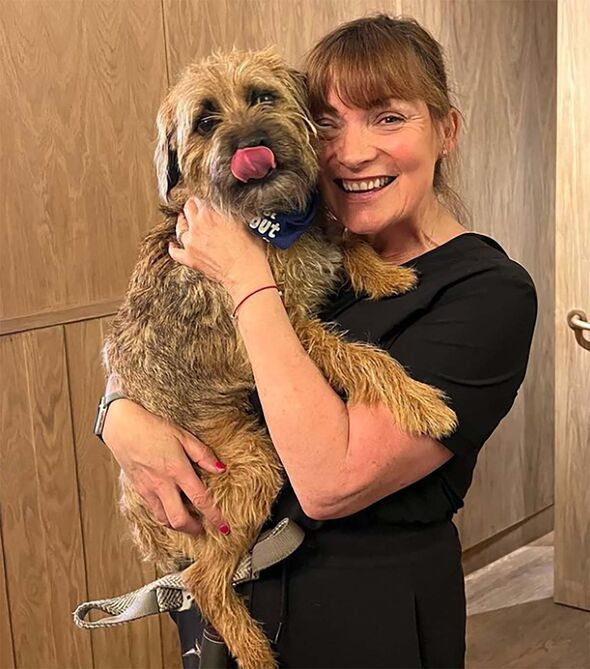 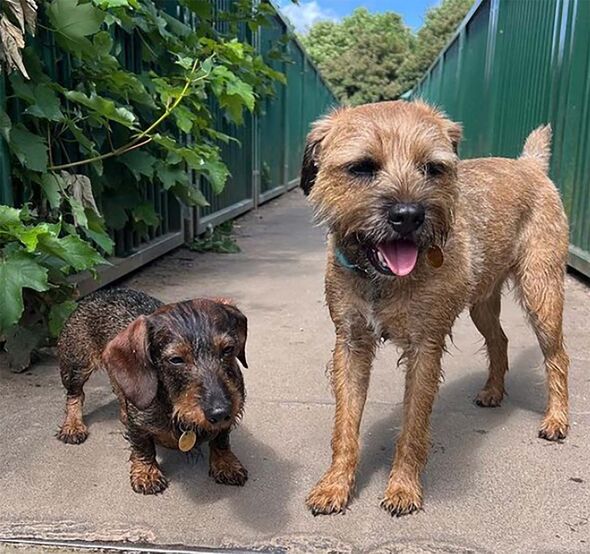 The Scot said: “Angus actually sits under the telly and watches us watching the telly because he is very camera shy.

“But yeah, [Me and Rosie] just chat and do what we normally do watching telly, it’s great fun. I watch a lot of TV anyway, I have square eyes, I’ll watch anything.”

When asked about her favourite shows, Lorraine said she enjoyed Game Of Thrones after watching it with Rosie during lockdown.

She also loves “Scandinavian dramas and documentaries” such as Borgen, as well as “bubble gum” shows and “escapism telly” like Below Deck and Selling Sunset.

It comes as Lorraine has partnered with MORE THAN insurance and Dogs For Good to promote the positive impact pets have on mental health.

Research from MORE THAN found that one third of dog owners feel less lonely when walking their pups. These figures were even higher for disabled dog owners, with 81 percent attributing social interactions to their pets.

Lorraine explained that she wanted to take part in the campaign to highlight the important role pets play in improving mental health.

The TV legend said: “This is all about loneliness and how you can make yourself less lonely and what an important part pets play in that.

“Angus isn’t very huggy, but Ruby will snuggle in and just make me feel a bit better. It’s that thing of, the healing power of pets, particularly wee dogs.

“Just having a wee dog sitting beside you on the sofa, it’s soothing.”

Lorraine Kelly has partnered with MORE THAN insurance and UK charity Dogs for Good to highlight how dogs can combat loneliness and support with our mental wellbeing. Find out more here.