Pillow fight! Madelaine Petsch reflected on season 4 of Riverdale and revealed which episode was the most fun to film.

During a game of Us Weekly’s “I Can Explain,” the Washington native, 25, discussed what costume made work feel like play on the set of the CW show.

“Honestly, I think that might’ve been the funnest day on set we had the entire season,” Petsch said looking back at a snapshot of herself wearing a white wig alongside Camila Mendes, Lili Reinhart, Casey Cott and Vanessa Morgan. 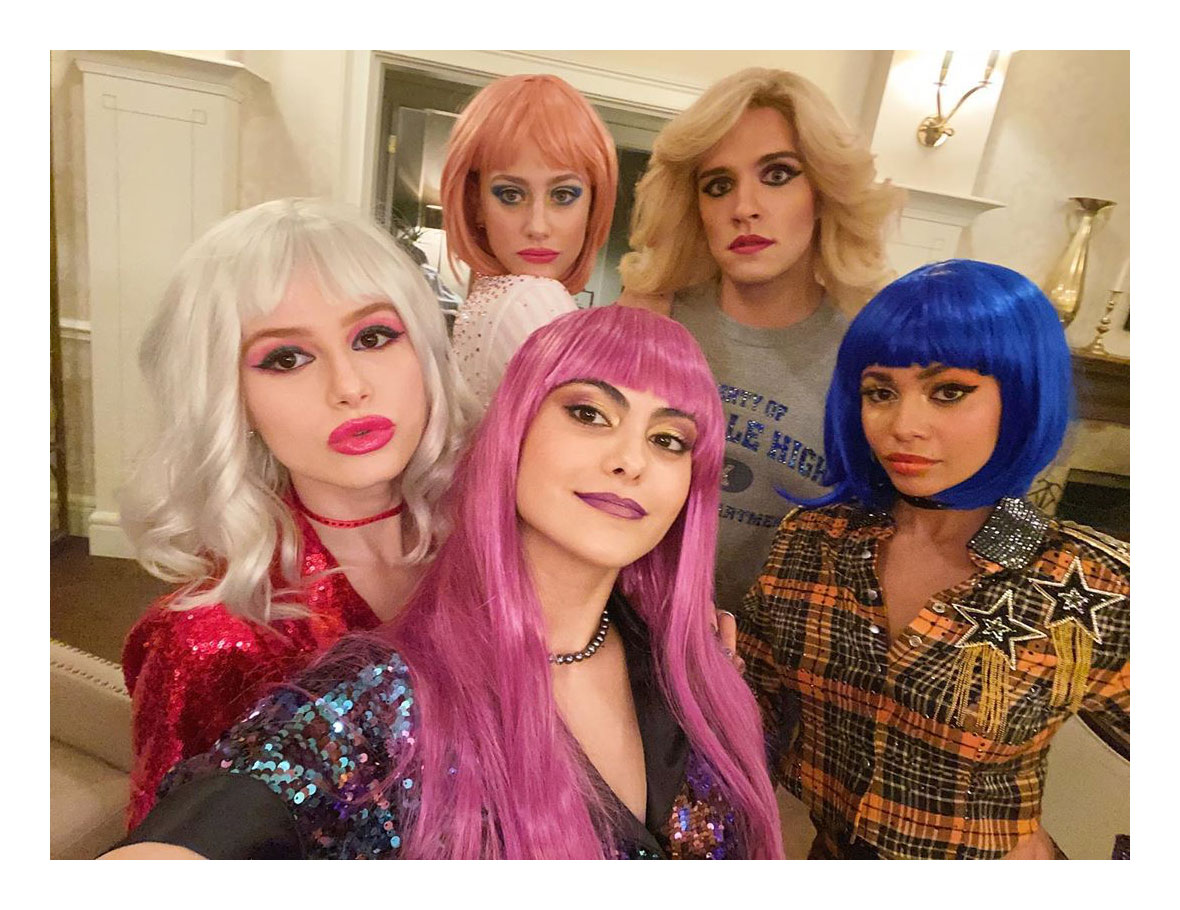 The castmates were all dolled up for the “Wicked Little Town” episode, which centered on Riverdale High’s rendition of the Hedwig and the Angry Inch musical.

“We were all in, like, crazy wigs. The fun part about that was to they had this giant bucket of wigs and they were like, pick your favorite, do whatever makeup you want,” she recalled. “[They said] just have fun with it and it was this cool, like, no pressure scene.”

True Love! Celebrities Who Found Best Friends in Their Costars

The day was made better when the story line called for a giant pillow fight, jumping on the bed and “feathers flying everywhere.”

Petsch added: “I mean, it was honestly, it’s like one of the highlights of last year for me.” 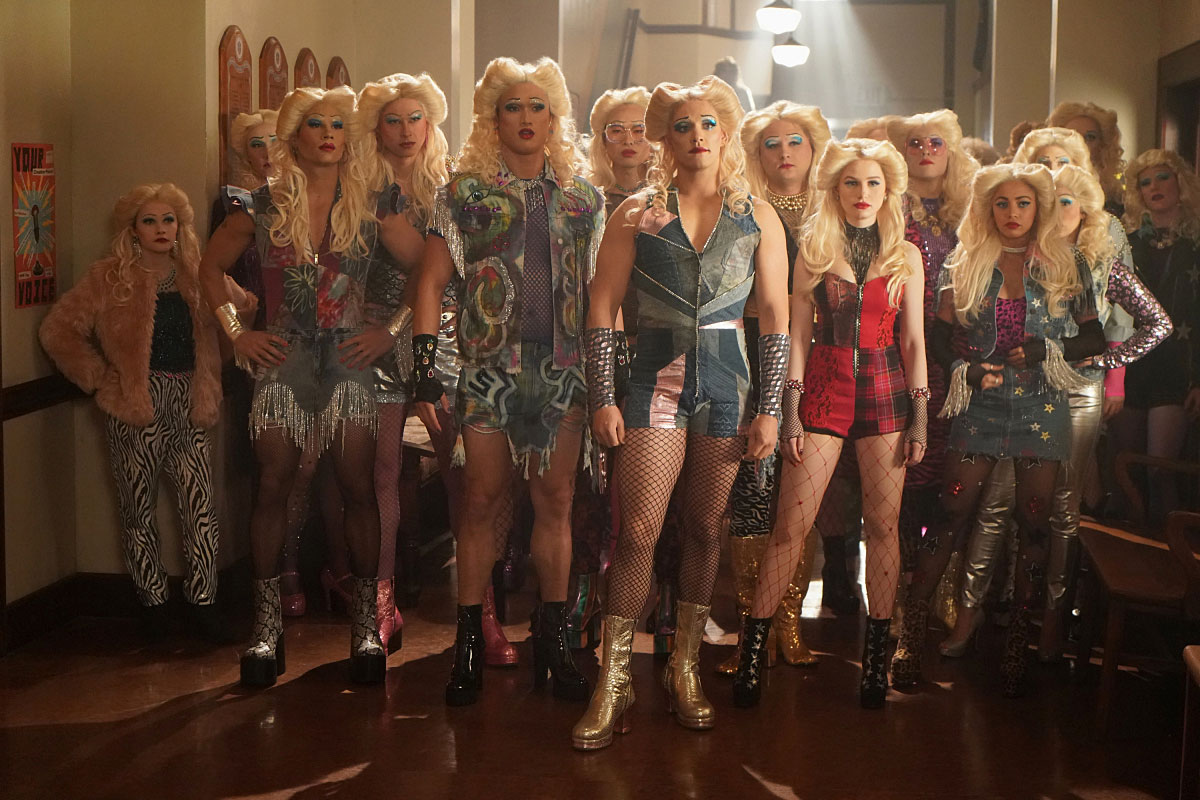 The Polaroid actress dished about a few other memorable photos from her Instagram feed, including the time KJ Apa carried her after a long day of TV upfronts in New York City.

“Oh my God, that’s my favorite photo of me and KJ,” Petsch told Us. “I didn’t realize how much standing and walking was involved in this [work day]. So, I wore excruciatingly painful heels and brought no alternative shoes.”

Petsch said she wanted to grab coffee with Cole Sprouse and Apa, 23, but her feet were killing her, which ultimately led to her costar carrying her. 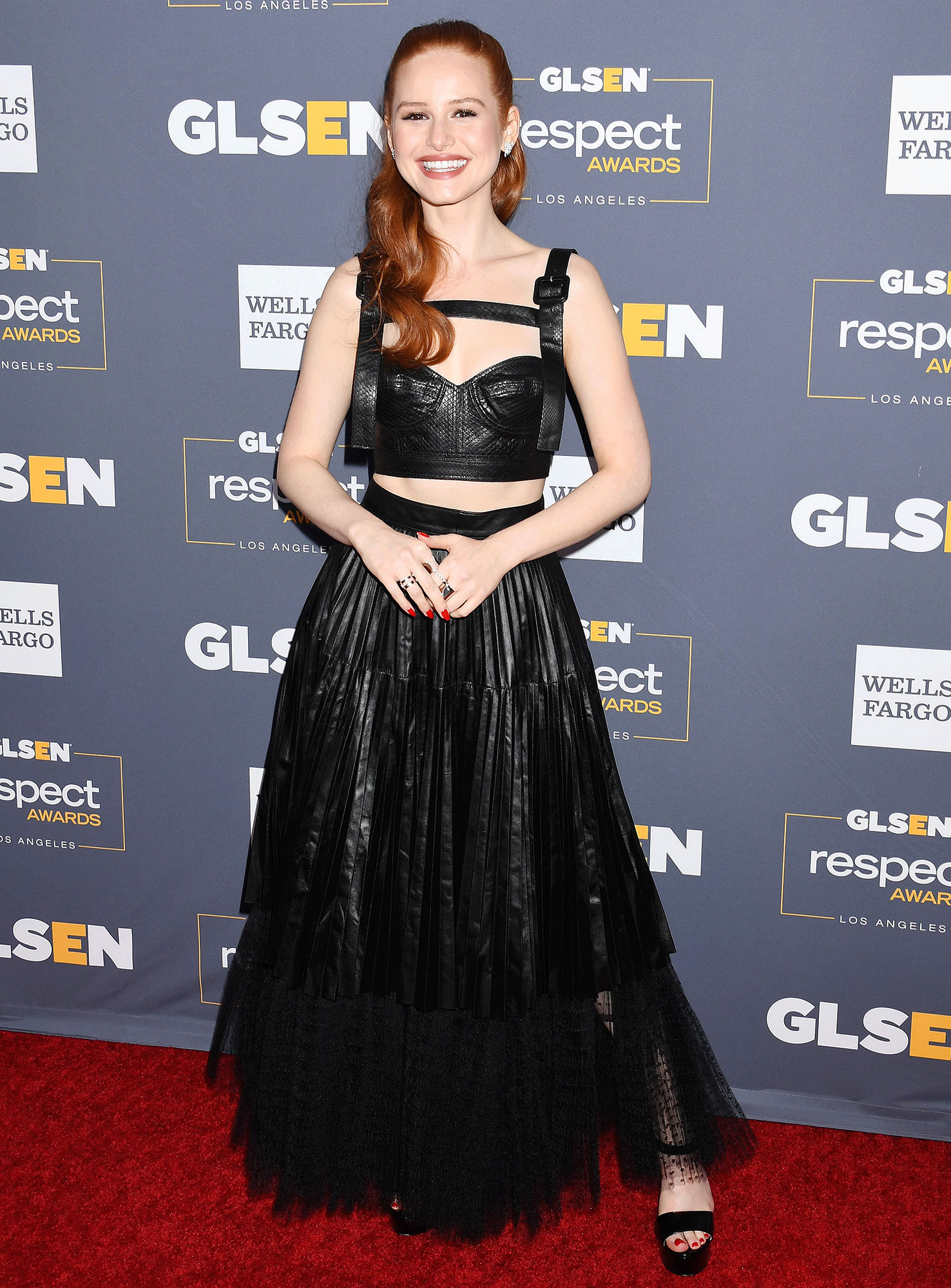 The majority of Petsch’s favorite social media snaps include her TV family, who she’s consistently supported on and off screen, but the title of her most “anxiety inducing” photo involves … pasta!

After having a “stressful” day in New York City following the Harper’s Bazaar icons party in September 2019, the F the Prom star decided to unwind with a bowl of pasta — on her hotel bed.

“I was with my social media manager and we were eating pasta in bed,” she recalled. “I was joking around, like, making a joke about eating and then she took that photo.”

For more on what Petsch had to say about her Instagram posts — including a twerking snap in Milan — check out the exclusive Us Weekly video above.

08/10/2020 Celebrities Comments Off on Madelaine Petsch Calls This ‘Riverdale’ Episode a Season 4 ‘Highlight’
Recent Posts
We and our partners use cookies on this site to improve our service, perform analytics, personalize advertising, measure advertising performance, and remember website preferences.Ok