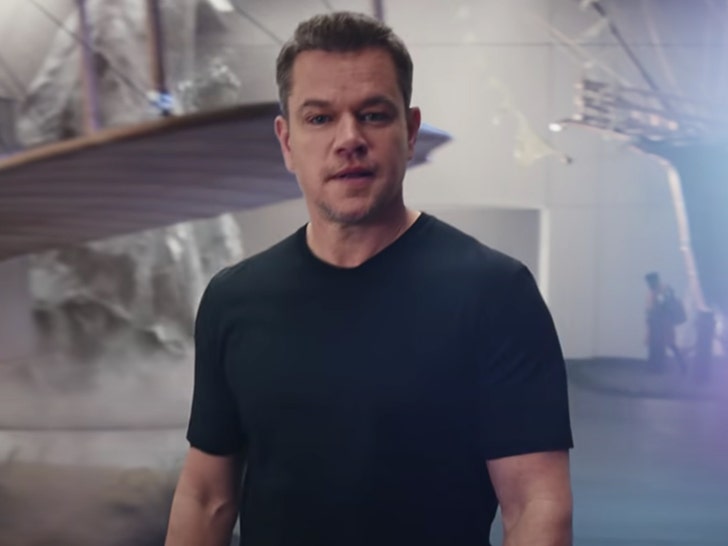 Matt Damon is getting dragged for pushing cryptocurrency … and the crypto market crash is fueling the hate.

Folks on social media are trolling the actor for his appearance in a recent advertisement for Crypto.com … the mean Tweets are flying Thursday, as the crypto market loses a whopping $200 BILLION.

Matt’s catching heat for his infamous “Fortune Favors the Brave” commercial for the blockchain-centered technology … which started airing back in October, when the crypto market was humming along.

But, with the market crashing, people are piling on Matt … with many pointing out anyone who bought crypto due to Matt’s ad is now taking a bath. 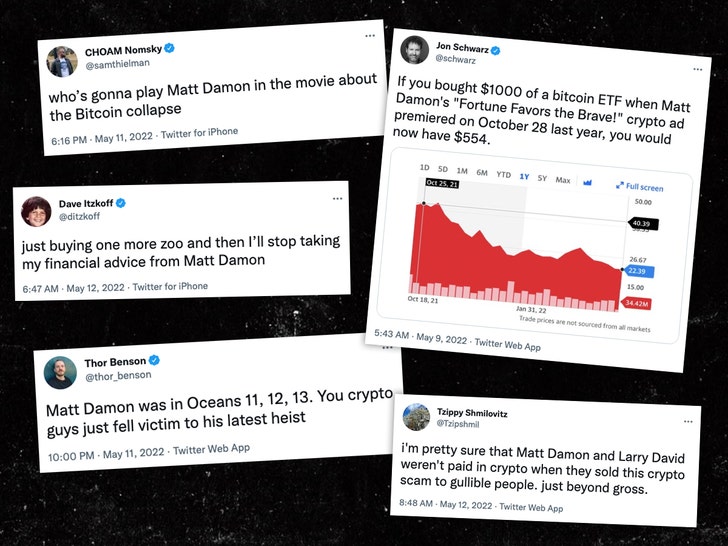 Here’s what some of Matt’s haters are saying … “Matt Damon was in Oceans 11, 12, 13. You crypto guys just fell victim to his latest heist.” Others are wondering who will play Matt in a movie about the Bitcoin collapse.

Matt’s commercial was for a website where folks could buy different kinds of crypto, including Bitcoin and Ethereum, both of which are crashing.

Larry David and other celebs have been pushing crypto in recent ads … but it seems Matt is the easy target.