Alaina Huffman was invited to check out a self-improvement organization called NXIVM – and thankfully she never did.

The 40-year-old, who played Dinah Lance/Black Canary on the WB series “Smallville,” said she was invited several times to attend meetings by her co-star Allison Mack, whom she viewed as “very aspirational,” Page Six reported on Thursday.

“As a young woman, 27, 28, on ‘Smallville,’ Ally was a couple of years younger than me and here she was flourishing, very well put together, a really peppy and independent woman,” the actress told the outlet.

“She invited me a few times to some of these events and for whatever reason, I never made it, maybe because I was married and had kids and I might have had something else that grounded more than I needed that kind of grounding, but I can understand the appeal.” 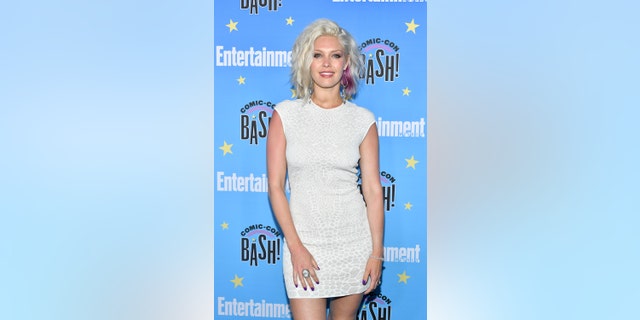 Alaina Huffman says she was invited by ‘Smallville’ co-star Allison Mack to check out NXIVM.
(Photo by Amy Sussman/Getty Images for Entertainment Weekly)

According to Huffman, Mack, 38, was deeply involved in the group and was even planning on moving to Albany, N.Y. to live near their headquarters full-time.

“She was very affirmative about that,” said Huffman.

But Mack wasn’t the only follower who attempted to lure Huffman.

On Tuesday, NXIVM leader Keith Raniere was sentenced to 120 years in prison in a federal case that accused him of turning some female members into his "sex slaves" branded with his initials.

NXIVM and Raniere have been the subject of two TV documentary series this year, HBO's “The Vow,” and the Starz series “Seduced: Inside the NXIVM Cult.”

In court, it was revealed that Raniere's followers called him “Vanguard.” To honor him, the group formed a secret sorority comprised of female “slaves” who were branded with his initials and ordered to have sex with him, the prosecutors said.

Women were also pressured into giving up embarrassing information about themselves that could be used against them if they left the group.

Mack was arrested in 2018 and pleaded guilty to racketeering and racketeering conspiracy charges. In 2019, she tearfully told the judge, “I was lost.” She also admitted to helping Raniere assemble his harem of brainwashed female “slaves.”

Fox News’ Tyler McCarthy and The Associated Press contributed to this report.