Paddy McGuinness, 47, has spoken out about claims he was left “visibly shaken” following a crash in the latest series of Top Gear. The BBC show is famous for its zany stunts, where producers put the presenters through numerous death defying challenges to see whether they and their cars stand the test of endurance.

One car, a 90s £250,000 Lamborghini Diablo, did not, after Paddy sent the supercar flying through a fence in the Yorkshire Dales.

The challenge, which was filmed in June, saw Paddy take on a wet and oily road, with fellow hosts Freddie Flintoff at the wheel of a Jaguar XJ220 and Chris Harris driving a Ferrari F40.

Paddy’s clip has been viewed more than 100,000 times on YouTube, but he insisted it wasn’t as bad as it looked.

“The actual crash looked worse than it really was,” he told Express.

“But because it’s an old car and it’s so low down it went over the bumps on the grass and it just instantly disintegrated.” 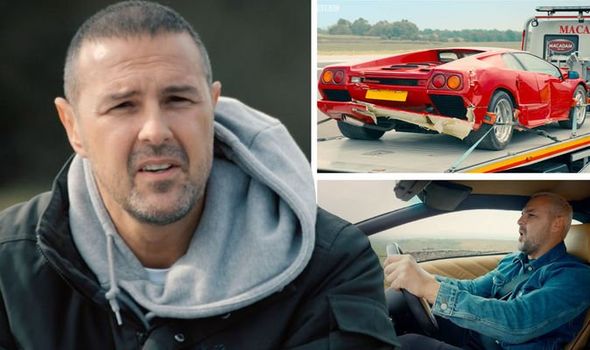 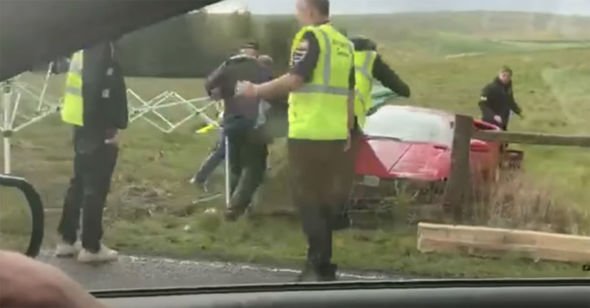 The hair-raising moment made headlines across the UK, with wittnesses coming forward claiming to have seen the whole event go down and that Paddy was “visibly shaken” when he emerged from the wreckage.

Paddy, on the other hand, denies his life was ever in danger and dismissed the claims.

“Not in the slightest and I don’t know who the witnesses were unless anyone spoke to any of the sheep that were around,” he chuckled.

“It was just me and the producer and director, so I think that’s Chinese whispers.”

But if there was ever a moment where his life was threatened, it would all be under control in a matter of seconds, as an ambulance is on hand for every stunt they do. 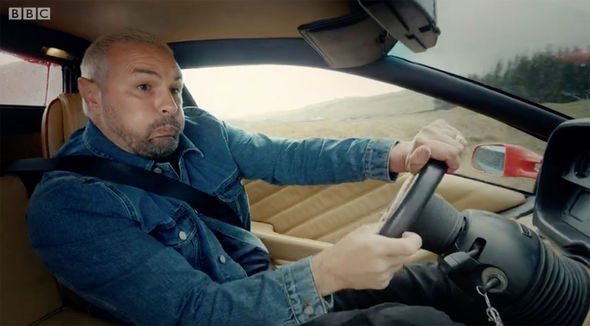 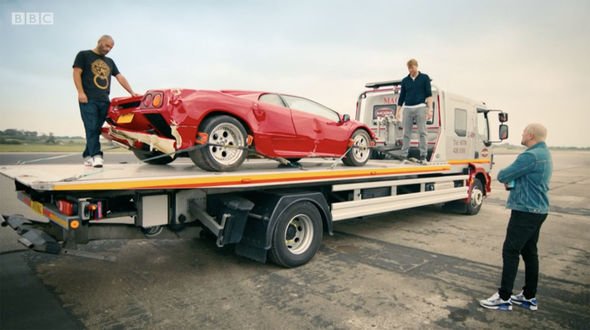 The Take Me Out host explained: “On Top Gear we always have an ambulance with us.

“We have to for health and safety reasons because some of the stuff we do is dangerous.”

But he revealed he likes to keep his wife Christine in the dark about some of the stuff they get up to on the show.

“Whenever I undertake challenges like the Wall of Death, there is always that risk element and your wife is going to be worried and that worry can sort of feed into you and your mindset,” the dad-of-three said.

“If you’re doing something dangerous the last thing you want is doubt in your mind.

“So that’s why me and Freddie don’t choose to tell our wives too much about what we’re doing because we don’t want to have that seed of doubt in our heads.”

The Wall of Death was a big highlight for all three presenters, as the BBC producers put them to the ultimate test: drive a car on a circular vertical runway.

Built from 160 tons of wood and steel, the cylinder was as tall as a house and erected in the middle of Alexandra Palace.

And Paddy openly admits that it was the one task they were the most freaked out by.

“Out of the last three series, this challenge was the one that we were all freaked out by,'” he said.

“Bearing in mind we were all effectively in written-off cars that weren’t safe to be used on the roads let alone designed to be driven on a wall.

“There’s a moment when you start feeling that you’re going to pass out and, if that happens, it’s game over because you can’t just stop the car, get out and walk away, because you’re on a wall!” Paddy exclaimed.

Despite almost doing just that during his few laps, the Boston lad and his trusty Porsche Cayman write-off managed to floor it to 50mph.

Not bad for a first – and probably last – attempt!

Top Gear airs on Sundays at 8pm on BBC One.

10/25/2020 Celebrities Comments Off on Paddy McGuinness: Top Gear host dismisses claims he was ‘visibly shaken’ after Lambo crash
Recent Posts
We and our partners use cookies on this site to improve our service, perform analytics, personalize advertising, measure advertising performance, and remember website preferences.Ok