The daughters of music icons Mick Jagger and Michael Jackson sat front row together at Fashion Week! See the pics of Georgia May and Paris.

Mick Jagger‘s mini-me daughter Georgia May Jagger, 29, and the late Michael Jackson‘s daughter Paris Jackson, 23, have been spotted sitting front row together at Vivienne Westwood‘s Womenswear Spring/Summer 2022 runway show. Georgia, whose dad fronted the Rolling Stones, stunned in a strapless gold dress with a sweetheart neckline for the October 1 show. It was adorned with gold sequins and featured a thigh-high slit. She accessorized the gown with towering black stilettos and a pearl clip in her hair. 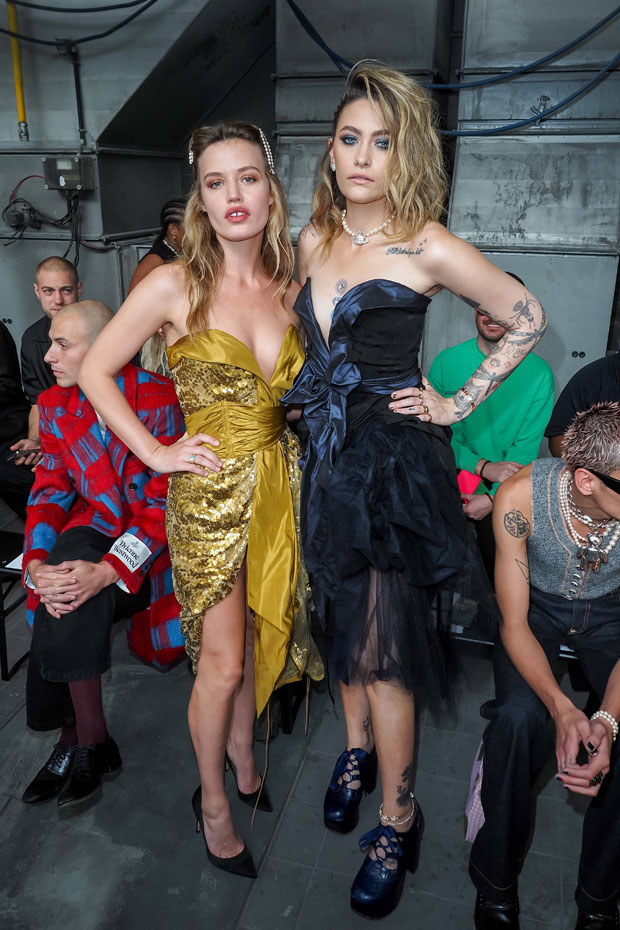 Meanwhile, the 23-year-old model and daughter of the “Bad” hitmaker cut a chic figure in a plunging, dark blue gown, in a similar style to Georgia May’s dress. Her many arm and chest tattoos were on display, as she paired the look with bright blue heels, diamond earrings and a peal necklace with a pendant of the Vivienne Westwood logo.

Paris is late second child and only daughter of the King of Pop. She has two brothers: Prince, 24, and Prince Michael Jackson II, 19, who was also known by the name “Blanket.” Michael was just 50 when he tragically died in June 2009, and Paris notably gave a touching speech at his memorial service. She also opened up in a March interview about growing up in the spotlight. “My dad was really good about making sure we were cultured, making sure we were educated, and not just showing us like the glitz and glam, like hotel hopping, five-star places. It was also like, we saw everything. We saw third world countries. We saw every part of the spectrum,” she explained. 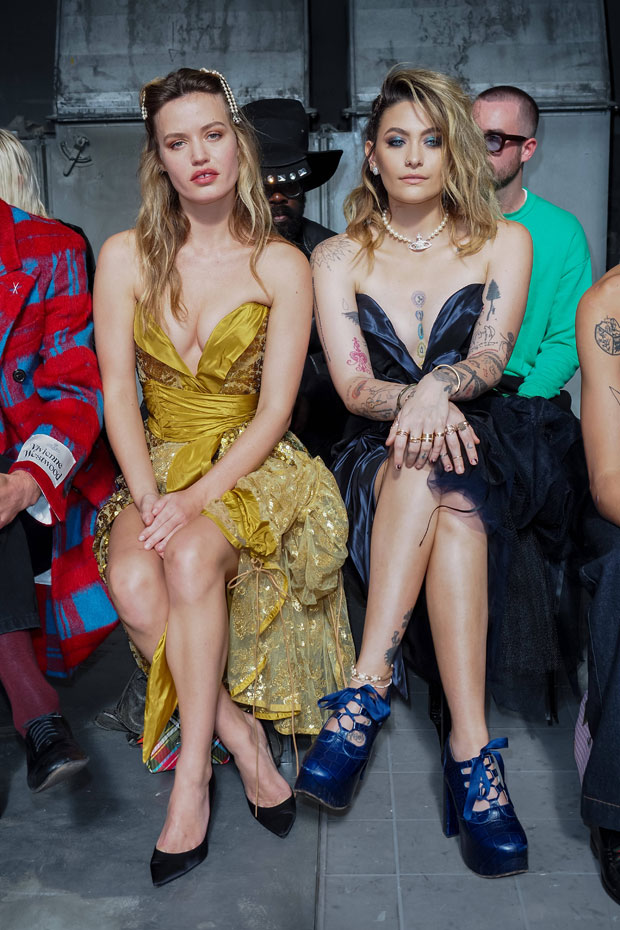 Meanwhile, the daughter of the 77-year-old Rolling Stones rocker recently revealed she spent some quality time with her younger half-brother Lucas Jagger, 22, in Los Angeles. The pair were seen reuniting during Lucas’ trip to LA and the supermodel took to Instagram on June 23 to share a series of snaps. “Lucas in LA,” Georgia captioned her post, which featured a pic of the pair smiling for a selfie, with the green hills of L.A. behind them. So sweet!