He was a drag queen in Screaming Lord Sutch’s band, appeared in the groundbreaking production of Hair, played the title role in Jesus Christ Superstar and became a TV heartthrob.

But now, after more than 50 years as a star of stage and screen, the show Paul Nicholas was reluctant to do has given him a new lease of life.

At the age of 74, he finds himself relishing a new chapter as part of the small band of celebrities embracing senior citizen lifestyles around the world for the hugely popular TV documentary series The Real Marigold Hotel.

His first trip was to India, where the film that sparked the whole thing The Best Exotic Marigold Hotel, was set.

“When they first asked me to go to India, I must admit I wasn’t sure because I’m a bit nervous of reality shows,” he says.

“But this wasn’t a competition. The reward was the experience itself.” 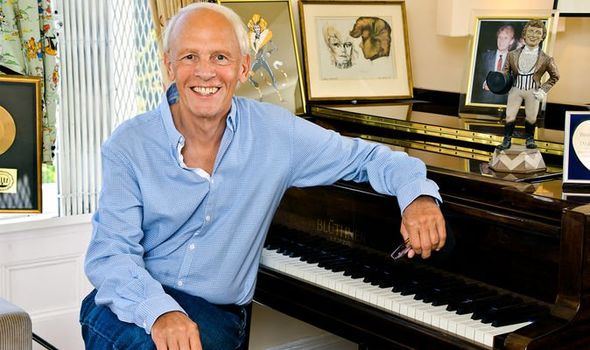 He had never been to the sub-continent before, but was instantly intrigued. “I found it fascinating, a totally alien culture,” he says.

Nor will he easily forget his trip to Argentina where he tried to learn to dance the tango.

“Wayne Sleep and I (pictured together, inset) were taught steps in a club in Buenos Aires and then each of us was partnered with other men.

“But we also did our routine from Cats with me singing Mr Mistoffelees and Wayne dancing. The crowd greeted it, as well they might, with more or less universal mystification.”

Now, the ongoing Marigold franchise is about to spawn a theatrical tour. So, after exploring the delights of India, Argentina, Mexico, Thailand and Iceland, Paul is off
to Chipping Norton in October for the opening show.

They will be criss-crossing the UK for the best part of a month, finishing in Crawley on October 28.

There’ll be footage from the various Marigold TV series and then the six famous faces on stage will share anecdotes and take questions from the audience.

“I think it should prove popular,” he says, “with people of a certain age.”

And Paul should know, as the possessor of a successful career that spans six decades.

He first emerged as Paul Dean and the Dreamers, aged just 17, but in time, he joined Screaming Lord Sutch’s band.

“I remember wearing funny dresses and false boobs as he sang Jack The Ripper and then proceeded to murder me,” he says.

“I quickly realised I enjoyed the theatricality of it much more than the singing.”

At 23, he auditioned for the inaugural production of Hair and life was never to be the same again.

He played the narrator, Claude, although, uniquely among the cast, he didn’t have to strip naked. 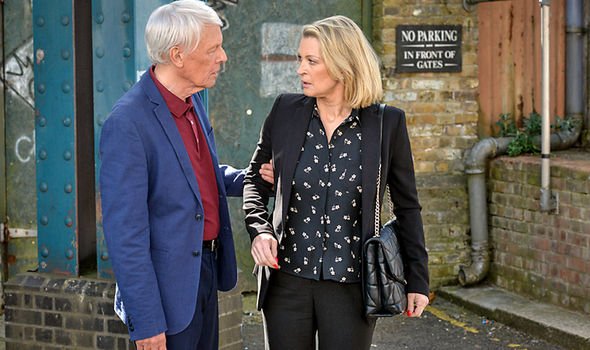 “I would have done if they’d asked,” he says. “Nowadays, of course, producers would pay me to keep my clothes on.”

He does himself an injustice. He’s whiplash trim. “But I don’t do any exercise although I do walk quite a lot.

The fact is I’m not very interested in food. I don’t eat much and I’m not especially keen on booze. I weigh about 10st four.”

Hair was a major – not to say controversial – event opening on September 27, 1968, the very day after the Lord Chamberlain’s right to censor theatre productions was abolished.

Suddenly, nudity and the liberal use of the four-letter word were possible on a public stage.

Next up, was the title role in the opening production of another much talked-about show, Jesus Christ Superstar, the rock opera by Andrew Lloyd Webber and Tim Rice.

Paul says: “I remember a photographer took me outside the Palace Theatre where I’d been revealed to the press, put a pint of beer in my hand and got lucky when a nun passed by.” 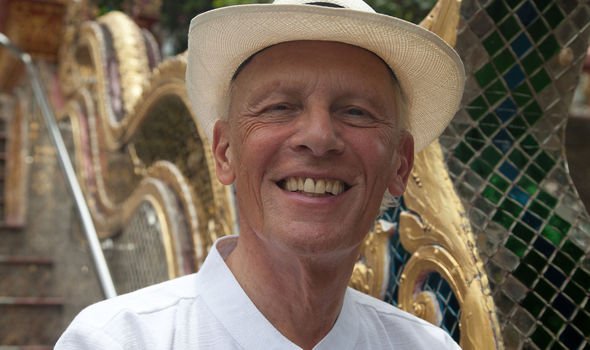 He’s never wanted for work, whether in films like Stardust and Tommy; on stage in a slew of musicals from Grease to Pirates of Penzance; and on television, most recently in 2016 as the black-hearted Gavin, Kathy Sullivan’s abusive husband in EastEnders.

But this more or less unbroken professional success, and his cheeky chappie persona, belie an early tragedy in his private life that knocked him sideways.

His marriage to his first wife Susan was already over when she was killed in a car crash in 1977. Their two children, Natasha and Oscar, were 10 and eight at the time.

“It was a devastating thing to have happened,” Paul says. “I’d never lost anyone that close to me before. It affected me deeply.”

But he had the love and support of two good women. After his divorce from Susan he’d got together with actress Linzi Jennings (right) who he’d met in the touring production of Hair.

“The children knew her well by then and she was fantastic in helping me through that difficult chapter,” he says.

“I made the decision not to drag them out of their familiar surroundings to come and live with me. Anyway, my small flat wouldn’t have been suitable for all of us. 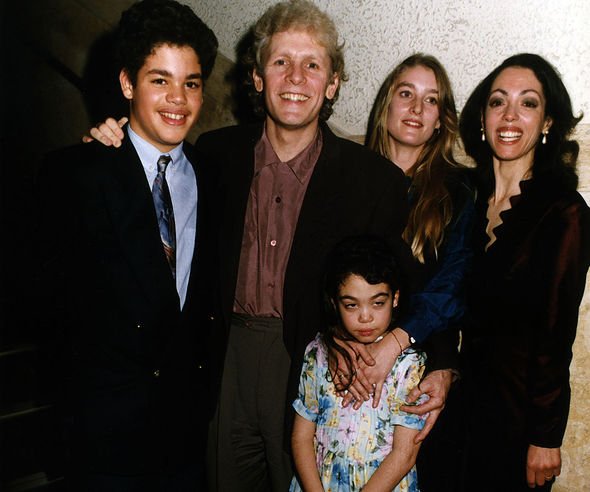 “Luckily, I’d had three Top 10 hits in the mid-70s so I could afford to buy a family home. And my late mother, Peggy, stepped into the breach and provided continuity for the kids. She was amazing.”

Linzi and Paul – they finally married in 1984 – will have been together for 50 years in 2021 and have two children together. He also has two more, each from different relationships. A wry smile. “Let’s just say I was on the road a lot when I was younger.”

“I tend to see most of them at Christmas. They all know each other and they’re all terrific. We’re one big happy family and that’s not just something I’m saying. It’s true.”

But he recoils at the suggestion of retiring. “Performers like to perform. Anyway, I can’t do anything else.

“I don’t have any hobbies and I don’t have a shed at the bottom of the garden. Well, I do but I never go in it.”

He’s just about to record a three-CD album to be released on the Demon label in the autumn.

“The first one will be my pick of musical theatre I’ve been involved in; the second one will be the pop material; and the third will be a collection of romantic songs.” 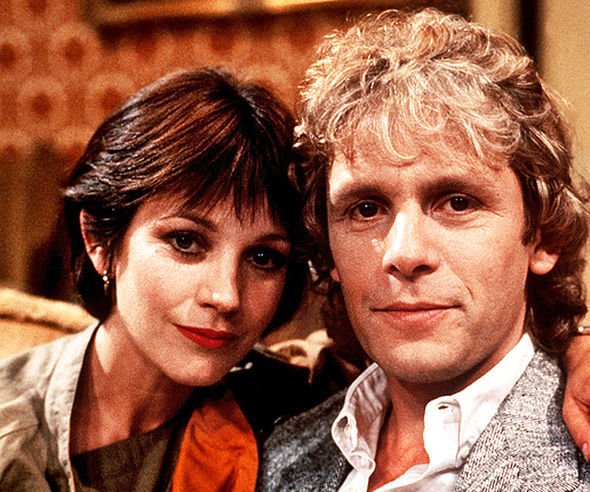 And thereby hangs a tale. Far and away his biggest TV hit occurred in the 80s with the hugely popular gentle sitcom, Just Good Friends. Smooth-talking wide-boy Vince was forever trying to rekindle his romance with the more uptight Penny (Jan Francis).

Paul recalls: “I was appearing in Cats. John Sullivan and Ray Butt, the writer and director of Only Fools and Horses, came to see me in the show. I met them afterwards and then they sent me the script of Just Good Friends.”

It struck a chord with the viewing public from the off. “The chemistry began with Jan the moment I met her,” he says.

There were three series and a Christmas special. And that might have been that.

But Paul recently received a script from a woman, a diehard fan of the show, who’s written a one-off special about Vince and Penny in their 70s – their ages now.

John Sullivan died in 2011. “So I plan to present it to his estate for their approval. I’d love to do it.” And Jan? “I haven’t mentioned it to her yet but why wouldn’t she want to be involved?

“It’s proof,” says Paul Nicholas, “that you never know what’s round the next corner.”

06/21/2019 Celebrities Comments Off on Paul Nicholas reveals all: From TV heartthrob to glob-trotting pensioner
Recent Posts