The secretary of transport talked about the joys of being a new parenthood, alongside his husband Chasten during an interview on ‘The View.’

Secretary of Transport Pete Buttigieg is loving being a dad! The 39-year-old politician announced that he and his husband Chasten, 32, had adopted a pair of twins back in August, but the former South Bend, Indiana mayor revealed that he only got a day’s notice that he and his husband could expect both a son and a daughter. While he gushed over the infants Joseph August and Penelope Rose, Pete seemed incredibly excited about fatherhood during a Wednesday October 20 episode of The View.

After co-host Joy Behar congratulated Pete on becoming a dad, she asked how fatherhood is going, which is when the secretary admitted that he and Chasten didn’t know they were going to be adopting twins until just before. “We didn’t know it was going to be twins until about 24 hours ahead of time, but they have brought such joy into our lives,” he said. “[We] definitely had to double everything we’d been hoping for and planning for, but what an unbelievable gift.”

While having twins may have come as an unexpected surprise, Pete and his husband seem to be really happy to have started their family together. “I have a whole new appreciation now that I’m living it for the work there is parenting, but it’s joyful work. Every time I look in their eyes, I realized that the  most important thing that Chasten and I will do in our lives is be dads to these incredible, beautiful little children, our boy and our girl,” he said. 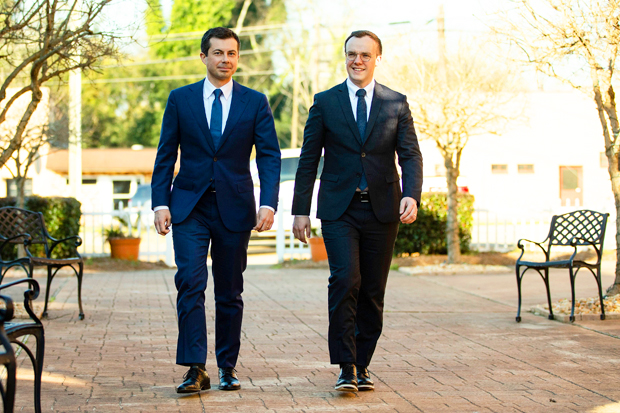 Even though he was excited to chat about his kids, the conversation also turned to an important discussion surrounding parental leave, and some of the negative coverage the transportation secretary received when he took time off for paternity leave. “Maybe some good comes out of [the negativity] too, because it’s helped us have a conversation about parental leave,” he said, noting that there were two important points he wanted to make. First Pete said, “Every American ought to be able to get paid parental leave.” He noted that President Joe Biden is working to create federal legislature surrounding parental leave. “When parents take that parental leave, they need to be supported in making that choice,” he said was the second point he wanted to make.