Much like Prince Harry is protective over Meghan Markle, Prince William is reportedly "protective" of Kate Middleton. "William is very protective of Kate and can get very angry [at unflattering press about her]," Penny Juror, a biographer of Harry and William, told People on March 17. "For Meghan to name Kate in a negative light is worse than being attacked himself."

Kate’s name was brought up during Meghan and Harry’s bombshell interview with Oprah Winfrey on March 7. The topic of the Duchess of Cambridge first came up when Oprah mentioned an infamous British tabloid rumor that Meghan had made Kate cry before her wedding over a situation concerning flower girl dresses.

"What was hard to get over was getting blamed for doing something I didn’t do but was actually done to me," Meghan said. She claimed the press actually got the story backward.

"The narrative with Kate, which didn’t happen, was really difficult," she added. "A few days before the wedding she was upset about something pertaining to the flower girl dresses, and it made me cry, and it really hurt my feelings." Meghan went on to note that Kate is a "good person" and that she apologized for the incident and sent her flowers.

Meghan’s issue was less with Kate and more with the royal family’s unwillingness to correct the tabloid story. 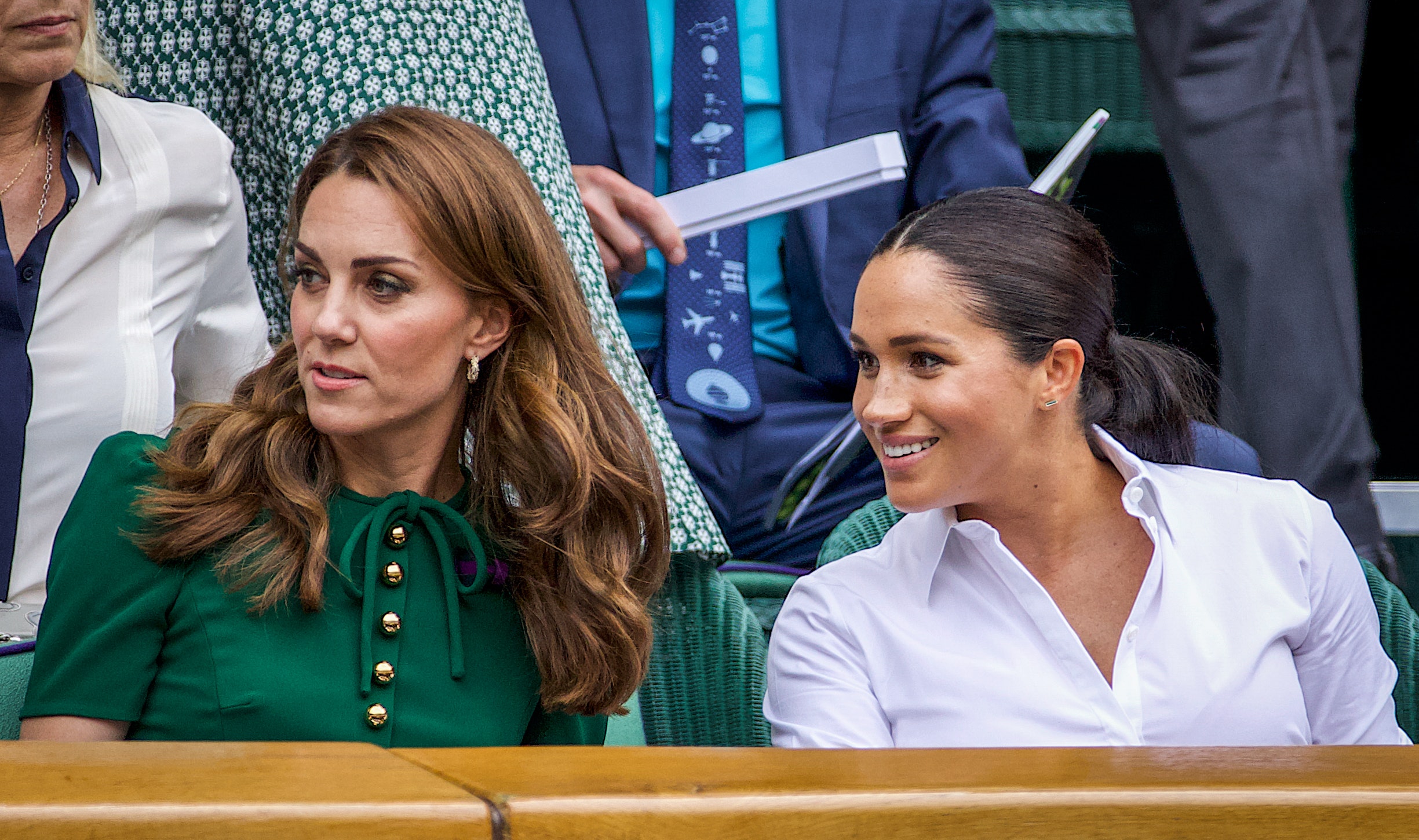 “The narrative about, you know, making Kate cry, I think was the beginning of a real character assassination. And they knew it wasn’t true.”

She explained she came to learn that they were “willing to lie to protect other members of the family, but they weren’t willing to tell the truth to protect me and my husband.” Kensington Palace’s public relations motto is famously, "Never complain, never explain." However, they have issued statements denying rumors and allegations about various family members, ranging from the benign to the criminal. When the press reported Kate had gotten "baby Botox," the palace told the New York Post the rumor was "categorically not true." More seriously, when a woman named Virginia Roberts claimed Jeffrey Epstein, the convicted sex offender, forced her to have sex with Prince Andrew when she was 17 years old and he was in his 40s, the palace defended him. It released a statement that said, "It is emphatically denied that The Duke of York had any form of sexual contact or relationship with Virginia Roberts. Any claim to the contrary is false and without foundation."

According to another source who reportedly spoke to People, Meghan and Harry’s interview was apparently met with mixed reviews from the palace. In addition to "anger," the source reportedly claimed, "There were genuinely mixed emotions and deep sorrow and shock there too."

Here’s to hoping the family is able to heal and grow.

If you or someone you know has been sexually assaulted, call the National Sexual Assault Telephone Hotline at 800-656-HOPE (4673) or visit online.rainn.org.