Starring Sean Hayes, Wanda Sykes Patti Harrison, Matt Rogers and others, Q-Force is an unabashedly queer, adult animated series about a misfit team of spies flipping the tropes of the normally straight, James Bond-led genre on its head. In anticipation of its September debut on Netflix, ET has the exclusive first look at the full-length trailer while creator Gabe Liedman teases what audiences can look forward to from season 1.

Inspired by the idea of a “gay James Bond,” Liedman set out to create a series that not only tells the story of a queer super spy but the entire LGBTQ world that surrounds him. In this case, that spy is Steve Maryweather, aka Agent Mary (Hayes), who is deployed to West Hollywood by the American Intelligence Agency (AIA) after coming out as gay.

“He’s got all the trappings of James Bond: the looks, the skills. He’s the best of the best, but the agency just still doesn’t see him that way. That felt like this really funny set up for an action comedy about this incredibly skilled person just bumping up against a wall over and over again,” Leidman says, adding, “it was important to me to build it out into an ensemble comedy. Just thinking about the LGBTQ+ community, it’s not just this one guy. It struck me as a good opportunity to tell the story of the wider community.”

Unphased by his new post, Mary assembles a squad that is as out and proud as he is: expert mechanic Deb (Sykes), master of drag and disguise Twink (Rogers), and hacker Stat (Harrison). And after a decade of waiting for a chance to prove themselves, the Q-Force inadvertently lands their first mission, much to the chagrin of AIA Director Dirk Chunley (Gary Cole), Deputy Director V (Laurie Metcalf), and the obnoxiously straight Agent Rick Buck (David Harbour).

“The adventures that this team goes on are not the adventures you think,” Leidman teases. “And the stakes are really big. It’s life and death; it’s a world hanging in the balance. But the whole time, hopefully you’re laughing as these complete underdogs step up and save it over and over again in this way that is satisfying.” 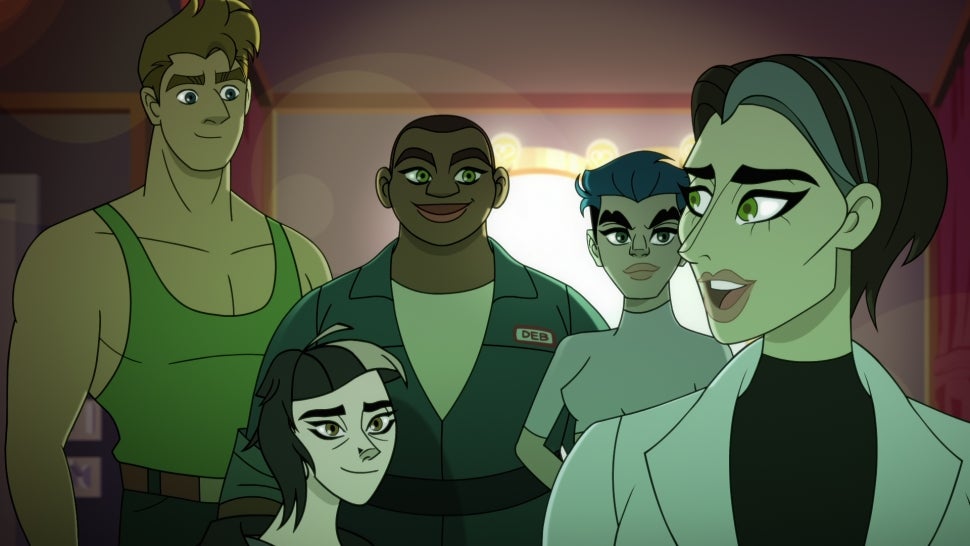 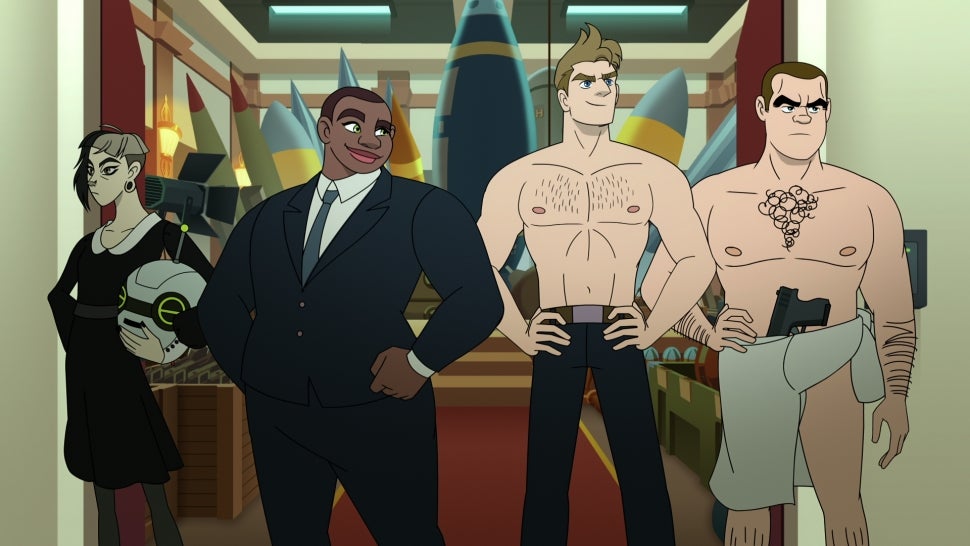 While not necessarily trying to “have a huge message,” Leidman says it would have been a missed opportunity not to get a little muddy. That said, he and the writers’ consciously set the series in a heightened reality where discrimination exists, and “some people’s minds are never going to change and sometimes those people are in charge,” he says. “And so, you have to ask yourself at that point: ‘Is my goal even to fit in anymore or is it to just be myself and kick ass?’”

Not only that, but the series is packed full of sexuality, cartoon nudity and one-liners that will make viewers gag. “If you know what breeding is, you know what breeding is. And we’re just going to make a joke about it,” Liedman says, noting that the series is not here to hold the audience’s hand, especially given the “golden opportunity” of being on one the world’s biggest streaming platforms. “This is what this is… Let’s just swing for the fences.”

He adds, “And the idea of showing penises and all of that, it just felt like, if we don’t do this, then we’re not making a show for adults. People can handle it or they can turn it off, you know?”

08/12/2021 Celebrities Comments Off on ‘Q-Force’: Watch the Exclusive Trailer for the Adult Animated Series
Recent Posts