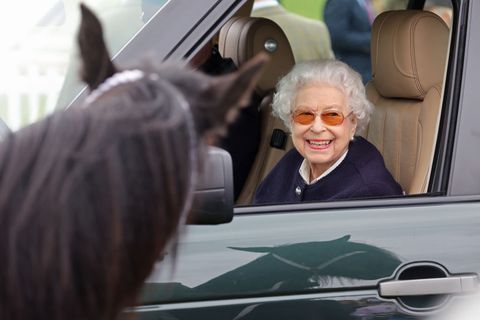 Due to “episodic mobility problems” recently confirmed by a Buckingham Palace spokesperson, Queen Elizabeth was driven as close to the action as possible, arriving Friday morning near the venue’s parade ring. 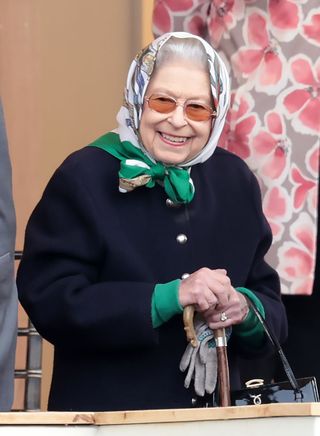 Accompanied by son Prince Edward and his wife, Sophie, Countess of Wessex, the 96-year-old used a stick to walk nine meters from her Range Rover to the arena’s stand, where she was comfortably able to watch their daughter, Lady Louise Windsor, lead the Fell Pony Society centenary parade. 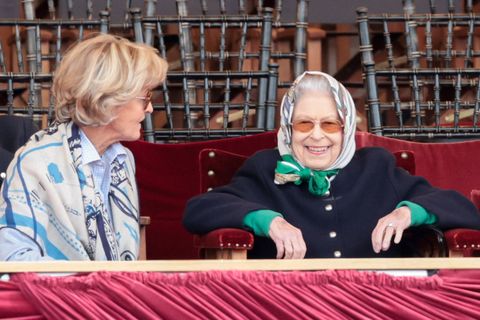 The Queen’s highland pony won first place at the Royal @WindsorHorse Show (one of HMTQ’s favourite annual events) and it’s fair to say it MADE. HER. DAY. Big cheers as she was presented with the winning trophy🏆 pic.twitter.com/qbFP9V9omI

The queen wore a green top, navy coat, and a chic Hermès head scarf from her large collection. She accessorized with pearl earrings and rose-tinted oval sunglasses, and wore pink lipstick. Evidently in high spirits, she could be seen looking on proudly as her 18-year-old granddaughter drove a horse-led carriage that once belonged to the queen’s husband, Prince Philip. The late prince was once a leading carriage driver, and Louise has been keen to follow in his steps. 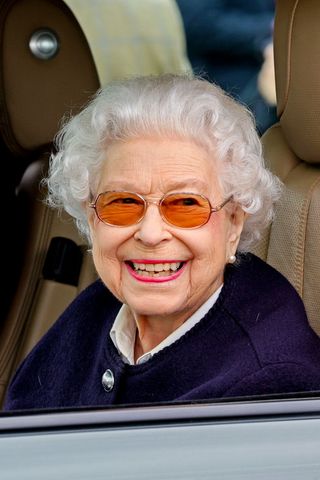 The monarch also had 14 of her own horses at the event to cheer on. Today, her Highland pony Balmoral Leia won first place in a competition, and the queen looked delighted to receive a trophy for the achievement. 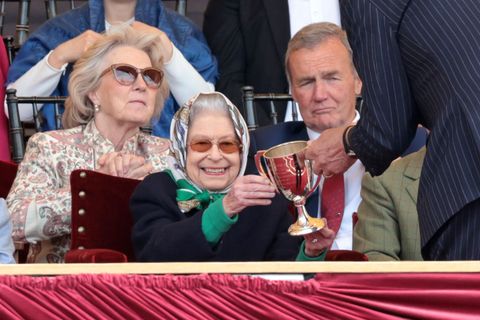 Today marked the first time that the queen has been seen in public since a Westminster Abbey memorial service for the Duke of Edinburgh was held in March. She is expected to make appearances during June’s Platinum Jubilee celebrations, which mark her 70 years on the throne, though Buckingham Palace officials will only confirm which events she can attend shortly before or on the day of each engagement.