"The Runaways" star Kip Pardue was fined $6,000 by SAG-AFTRA for sexual misconduct.

Pardue was found "guilty of serious misconduct in violation" of the union's constitution, The Los Angeles Times reported.

Another actress, Andrea Bogart, said in an affidavit to SAG-AFTRA that Pardue masturbated in front of her in 2014 after filming a scene for Showtime series "Ray Donovan."

Scott reportedly provided a letter to The Los Angeles Times that SAG-AFTRA sent to Pardue, noting that the union “censures and admonishes [Pardue] for this inappropriate and unprofessional conduct.” The letter also reportedly stated that Pardue's conduct was "inconsistent" with the SAG-AFTRA code of conduct on sexual harassment, leading to his $6,000 fine. 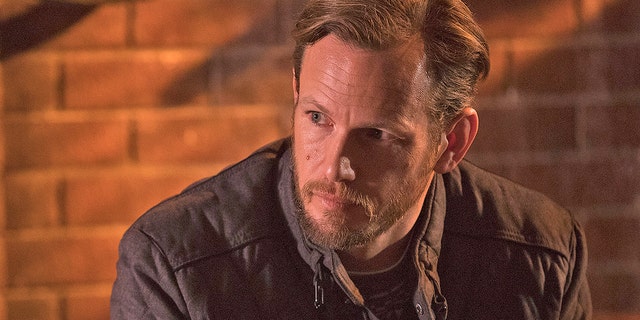 Kip Pardue was accused of sexual misconduct on the set of “Mogulettes” in May 2018. SAG-AFTRA fined him $6,000 for the offense.
(Getty)

The letter also stated that if Pardue took an online workplace sexual harassment course within 90 days, his fine would be reduced by half.

“Overall, I’m OK with it, but it’s a weird feeling. I don’t know if I’m supposed to feel good about the punishment or not,” Scott told the paper about SAG-AFTRA's action in the case. “I would have liked to have seen a couple of years’ suspension, but this is a step in the right direction."

She added, “What was the most important for me was that others who come forward in the future know that the union is willing to take these complaints seriously and create a space where they can be heard.”

Pardue’s attorney told the outlet that the "Remember the Titans" actor “never engaged in any non-consensual behavior.”

Last year, Pardue told The Los Angeles Times in a statement, “I never intended to offend her in any way and deeply regret my actions and have learned from my behavior.”