Heating up the beach! Renee Zellweger and Ant Anstead were spotted packing on the PDA during a beach outing over the weekend.

The lovebirds enjoyed the sunset on the sandy shores in Laguna Beach, California, on Saturday, and they shared a passionate kiss while strolling along outside Anstead’s luxurious oceanfront home.

The Oscar-winning actress rocked a casual, loose fit long-sleeved workout shirt and dark leggings, and protected her face from the sun with a ballcap. Anstead rocked matching black swim trucks and a black t-shirt.

The pair were wrapped in each other’s arms as they kissed in a romantic moment — which has become something of a recurring trend for the passionate new couple. 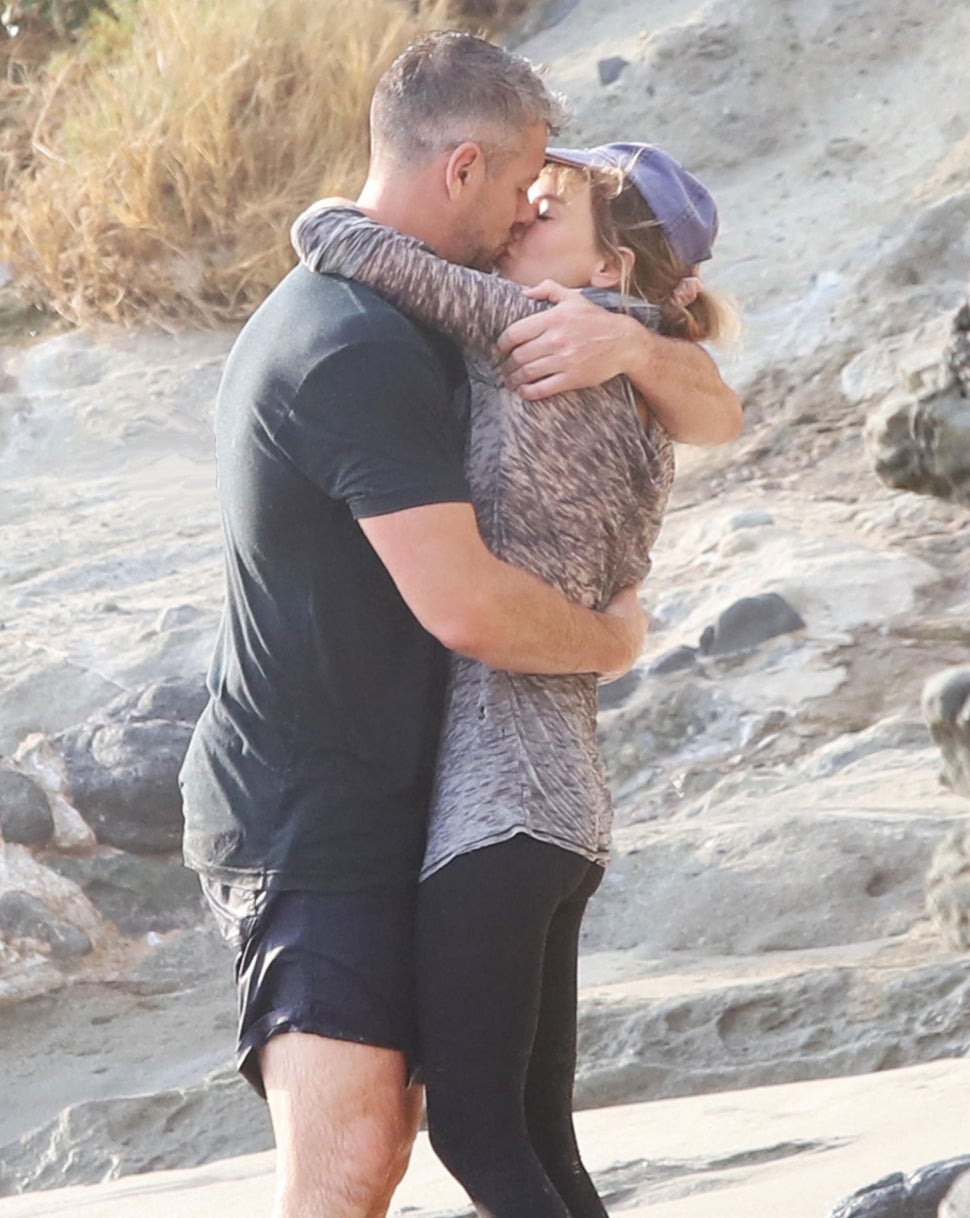 The pair were also joined by Anstead’s 1-year-old son, Hudson — whom he shares with ex-wife Christina Haack — who played around in the sand as they all spent the afternoon together enjoying the warm weather.

In early July, Zellweger, 52, and Anstead, 42, were photographed for the first time together since news broke that they were dating.

The latest outing comes after the two spent Fourth of July weekend together in Laguna Beach, and enjoyed a romantic stroll and a bike ride around town. The following weekend, they were seen sharing a sweet kiss while shopping for firewood at a hardware store near Anstead’s house.

Rumors that Zellweger and Anstead were dating first started swirling in June — around the same time Anstead’s divorce from Haack was finalized. Speculation began after he and Zellweger worked together on Anstead’s upcoming Discovery+ series, Celebrity IOU: Joyride.

Check out the video below for more on Anstead’s recent love life.