Rihanna & A$AP Rocky seemingly spent the night together making new music after they were seen exiting Electric Lady Studios in NYC on the morning of July 29.

Is new Rihanna, 33, music finally on the horizon? It’s certainly a possibility, given that she was spotted exiting a recording studio in New York City with boyfriend A$AP Rocky, 32, on Thursday morning (July 29). The A-list stars, who went public with their relationship in November 2020, were photographed walking out of Electric Lady Studios after spending 10 hours inside. Fans have long been waiting for Rihanna to drop new tunes, and it would be extra epic if she did so with a collaboration featuring her beau. 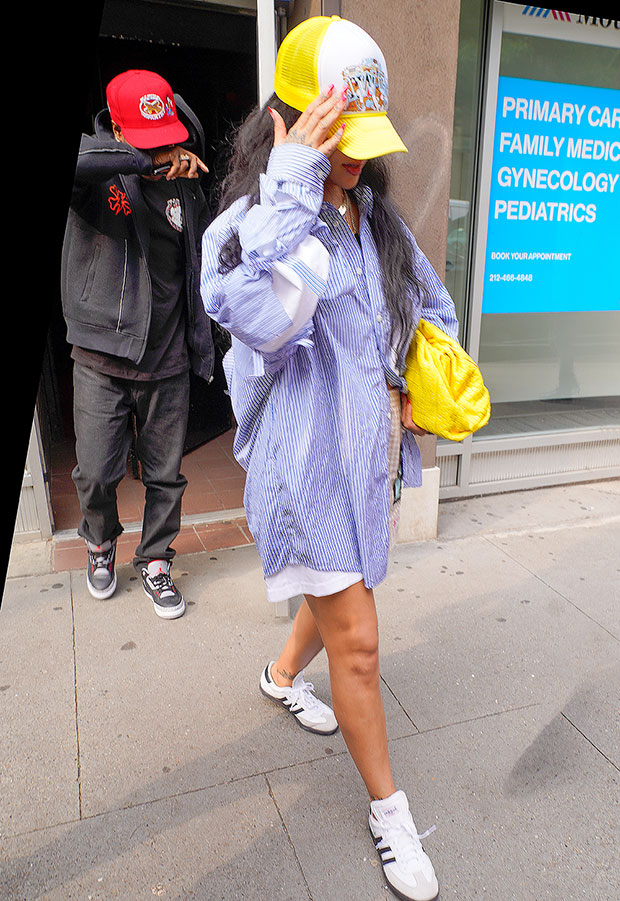 For the all-nighter, Rihanna looked fashionable per usual dressed in an oversized blue striped button-up and baggy white shorts. She accessorized her look with a lime green hat and Adidas sneakers. The “Kiss It Better” songstress headed into an SUV departing the studio with A$AP, née Rakim Mayers, who wore a light black jacket, black sweatsuit and red baseball cap. Both stars attempted to shield their faces from the photographers as they headed home.

Rihanna and A$AP’s latest outing comes just after they enjoyed a romantic getaway to Miami, Florida. On Tuesday, the happy couple was seen holding hands while out on a date night in the Sunshine State. The singers flew to Miami for the Rolling Loud music festival, and were inseparable the entire trip. “They’ve been having a great time in Miami together going out late and enjoying the scene,” a source told HollywoodLife EXCLUSIVELY. “She loves it down there and it’s one of her favorite cities to travel to and she goes a lot. She likes the nightlife and relaxed vibe,” the source added to HL of Rihanna. 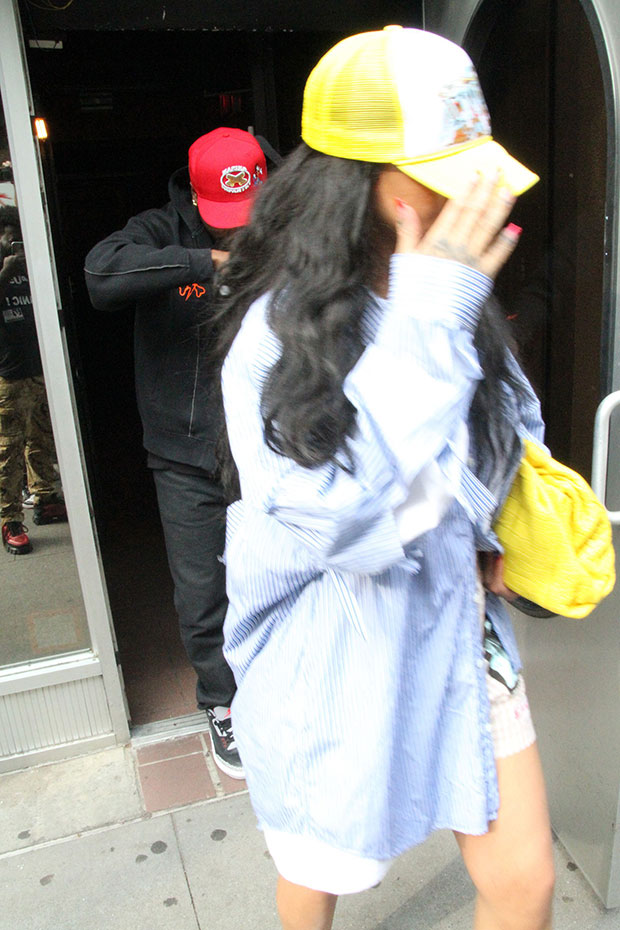 During the vacay, Rihanna and A$AP were spotted at the luxe 1 Hotel residences in South Beach, with the “Umbrella” songstress being snapped in the lobby area on July 22. “Rihanna and A$AP have quietly been staying together everywhere they go. She is the one wanting to keep her whereabouts private,” an insider also told HL.

The superstar couple has enjoyed plenty of romantic dates since their relationship began last year. In an interview with GQ, A$AP even called Rihanna the “love of his life,” admitting that she is “the one.” When asked about what it was like to be in a relationship, the rapper said, “So much better when you got ‘the one’. She amounts to probably, like, a million of the other ones. I think when you know, you know. She’s the one.” When asked about the potential of fatherhood, he said, “If that’s in my destiny, absolutely,” before adding, “I think I’d be an incredible, remarkably, overall amazing dad. I would have a very fly child.”