Why every actress wants to razzle dazzle as Roxie! As Pamela Anderson makes her debut in Chicago, RUTHIE HENSHALL reveals how playing a deliciously amoral free spirit appeals to so many big stars

When I close my eyes it’s almost like I am there: it’s a wintry New York morning in 1997, and I am sitting in the lobby of the swanky Four Seasons hotel with tears running down my face.

They were tears of joy, as I’d just been called with the news I’d been praying for: the role of Roxie Hart in the first-ever London production of the musical Chicago was mine.

I knew it was a game-changer. Roxie was a delicious dream of a part — a sassy housewife turned murderess and a fame-seeking bad-girl tabloid darling in a tight-fitting bodice — whom you couldn’t help rooting for. And I wasn’t wrong: I’ve performed in legions of shows, but it is the irresistible vixen Roxie that remains my career-defining role.

Many others who have stepped into her fishnets have found the same, including a roll call of Hollywood A-listers.

Everyone from Renee Zellweger — who played her in the 2002 film version — to Brooke Shields and Melanie Griffith have found that playing Roxie propels you into a particularly sweet spot in the public imagination. It’s a liberating, sexy role that is bewitchingly empowering.

The latest is Pamela Anderson. The 54-year-old former Baywatch star made her Broadway debut as Roxie this month to rave reviews. 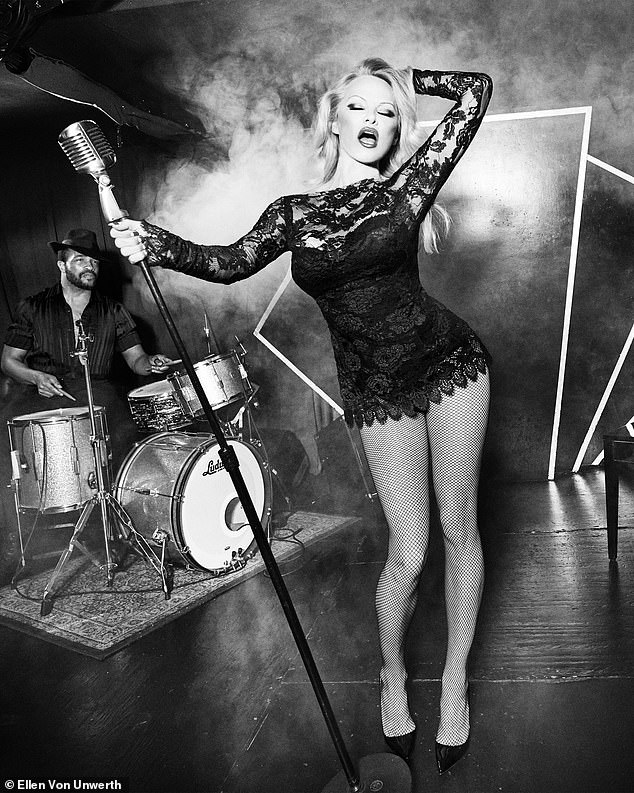 The latest actress to play Roxie Hart is Pamela Anderson. The 54-year-old former Baywatch star made her Broadway debut as Roxie this month to rave reviews

Ruthie Henshall (left) cried tears of joy when she learned she’d just been called with the news that she had been praying for: the role of Roxie Hart in the first-ever London production of the musical Chicago was hers 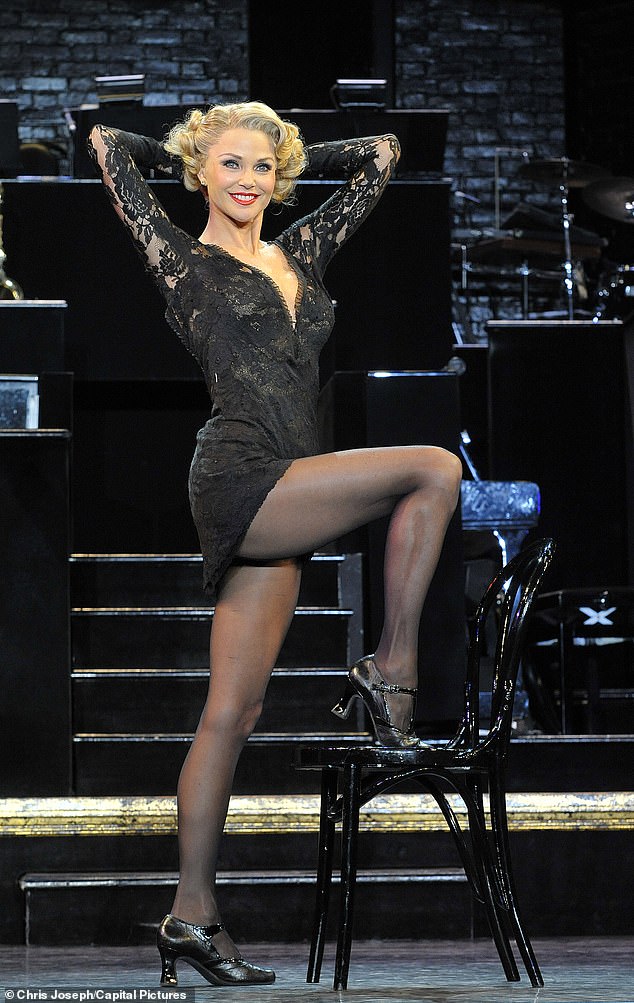 Christie Brinkley playing the role of ‘Roxie Hart’ in ‘Chicago’ at the Cambridge Theatre, London,

Many had doubted the pneumatic blonde’s musical performance abilities when the news was announced. But I’d argue it’s a genius bit of casting for a part that holds a mirror up to the peculiar business of celebrity.

Besides, if you look at her predecessors in the role, none exactly fits a template.

And that’s just the point, because Roxie and her fellow murderess, jailbird and arch-nemesis Velma Kelly, are the best female roles you can find in musical theatre that can be played by a woman of any age and any skin colour.

The musical is based on a 1926 play with the same title about two dangerous, seductive women seeking acquittals for murder.

The playwright, reporter Maurine Dallas Watkins, was inspired by the separate murder trials of Beulah Annan and Belva Gaertner she covered for the Chicago Tribune. Both ended in acquittal. It was Annan who was fictionalised as Roxie and on whose story the play was based. She was accused of killing her paramour Harry Kalstedt and had convinced her husband to pay for her successful defence, only to dump him the day after the trial.

Some of the details of Gaertner’s crime, including her past as a vaudeville singer, were woven into the tale.

A satire on corruption in the criminal justice system and the concept of the ‘celebrity criminal’, the musical version debuted in 1975.

Chicago’s Broadway revival came 21 years later in a country still reeling from the trial of O.J. Simpson, who had been sensationally acquitted of murdering his wife, Nicole.

Little wonder a show about a woman getting away with murder by virtue of her celebrity resonated. Twenty-six years later, Chicago is the longest-running American musical in Broadway history. 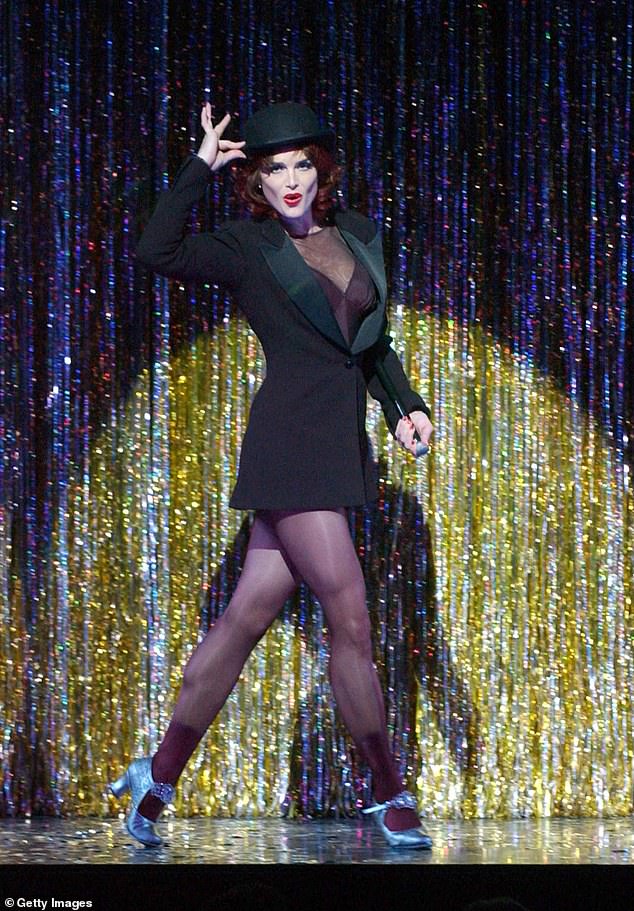 Actress Brooke Shields (above) performs on stage for her first night playing Roxie Hart in the west end show at the Adelphi Theatre on April 28, 2005. The musical is based on a 1926 play with the same title about two dangerous, seductive women seeking acquittals for murder 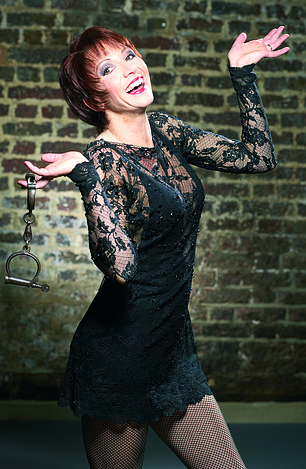 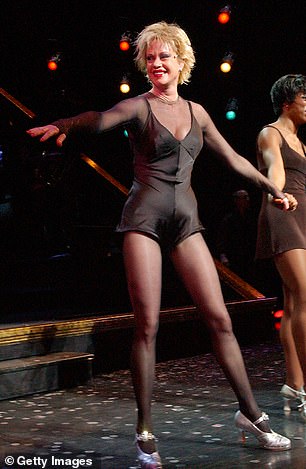 The musical is based on a 1926 play with the same title about two dangerous, seductive women seeking acquittals for murder 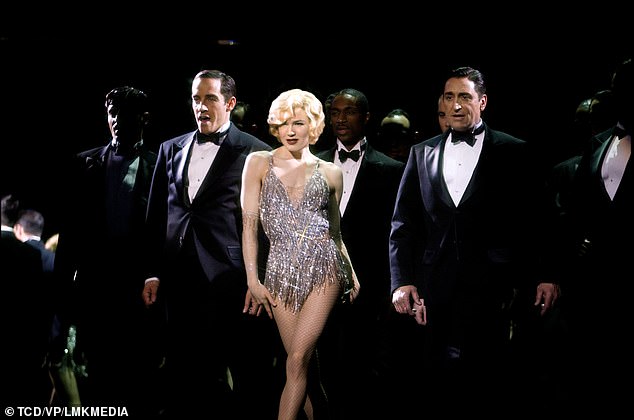 I was oblivious to the show’s charms when I was asked to audition as Roxie in the British stage revival. Ten years into my musical theatre career, and touring with my one-woman show — I was happy to decline, especially as Roxie was being played on Broadway by an actress who, at 48, was 20 years older.

But a month later, I got a call to ask if I could fly to New York, watch the Broadway show, then audition. A couple of nights in New York was too good to miss. So off I went, thinking not much would come of it.

That is, until I took my seat at the Shubert Theatre, and realised Roxie, and Velma, were simply unique. 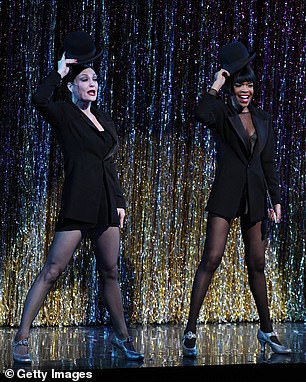 Then, theatreland was dominated by huge shows such as Miss Saigon and Phantom Of The Opera — what I called ‘helicopter and chandelier’ productions where the set was almost as big a star as the leading actors.

Not in Chicago. Roxie and Velma were powerhouse characters — they were the helicopter and the chandelier.

I also loved how the show was female-driven without being self-conscious, yet clever, funny and sexy.

I stayed up until 4am working on my lines. Six hours later, I was giving my all in my audition — and about two hours later I was in that lobby, learning I had the part.

I was already successful, but from the minute I first stepped onto the stage of London’s Adelphi Theatre as Roxie in 1997, I knew the part would stay with me.

And 13 years after I first played her, I was Roxie Hart again, this time on Broadway. It brought me full circle as, 11 years earlier, I had made my debut there as Velma.

Velma is a belter of a part, too, but for me, Roxie is the beating heart of the production, although it is often those playing Velma who get the awards.

And it’s Velma who gets to sing a couple of the ‘money numbers’ like All That Jazz — but it’s Roxie’s journey that underpins the show.

Roxie is the beating heart of the production, although it is often those playing Velma who get the awards

I am sure everyone who has played Roxie feels the same. It includes a wonderful roll call of talented British performers, including Bonnie Langford, Claire Sweeney and Denise Van Outen.

And now Pamela Anderson. One critic has already pointed out that it gives her a special perspective that she can use on stage. When Roxie is besieged by reporters and flashbulbs at the courthouse with her smooth-talking lawyer Billy Flynn, there’s a world-weary wisdom to Pamela’s response.

The rapturous applause that has greeted her performance has led Anderson to say this is ‘the beginning of the rest of my career’. I have no doubt that it will be — and no doubt, either, that my own relationship with the fabulous, rollicking Roxie is far from over.

Ruthie Henshall is appearing in Passion at Manchester’s Hope Mill Theatre from May 5-June 5. Tickets are priced from £39.50. hopemilltheatre.co.uk/events/passion