Ryan Seacrest took a tumble on Live With Kelly and Ryan in January — and he still hasn’t lived it down.

The American Idol host, 45, appeared on The Tonight Show Starring Jimmy Fallon, where he recounted how a balloon led to the hilarious moment.

“This is what I’ll be known for!” Seacrest joked about the fumble, which went viral. “Normally we have these little balloons that fall down but they went big and got these grand, gorgeous, shiny, disco balloons that caught my eye when they first started to come down in the new year. I couldn’t stop staring so I’m trying to catch one of the balloons and then it happens.”

He continued, “What I realized is that we have this beautiful hardwood floor that clearly is just cement with a sticker on top. I fell hard, I got a bruise on my thigh. The show is called Live so we couldn’t do it again.”

Host Jimmy Fallon called the spill “one of the funniest things I’ve ever seen in my lifetime” and even replayed the fall for his audience — twice.

In the clip, Seacrest leaned in his chair to catch a balloon and fell over as his cohost, Kelly Ripa, is in mid-sentence. The All My Children alum, 49, and a crew member rushed over to check on him as he struggled to get up. “I got it,” Seacrest said holding up the balloon as he triumphantly stood back on his feet. 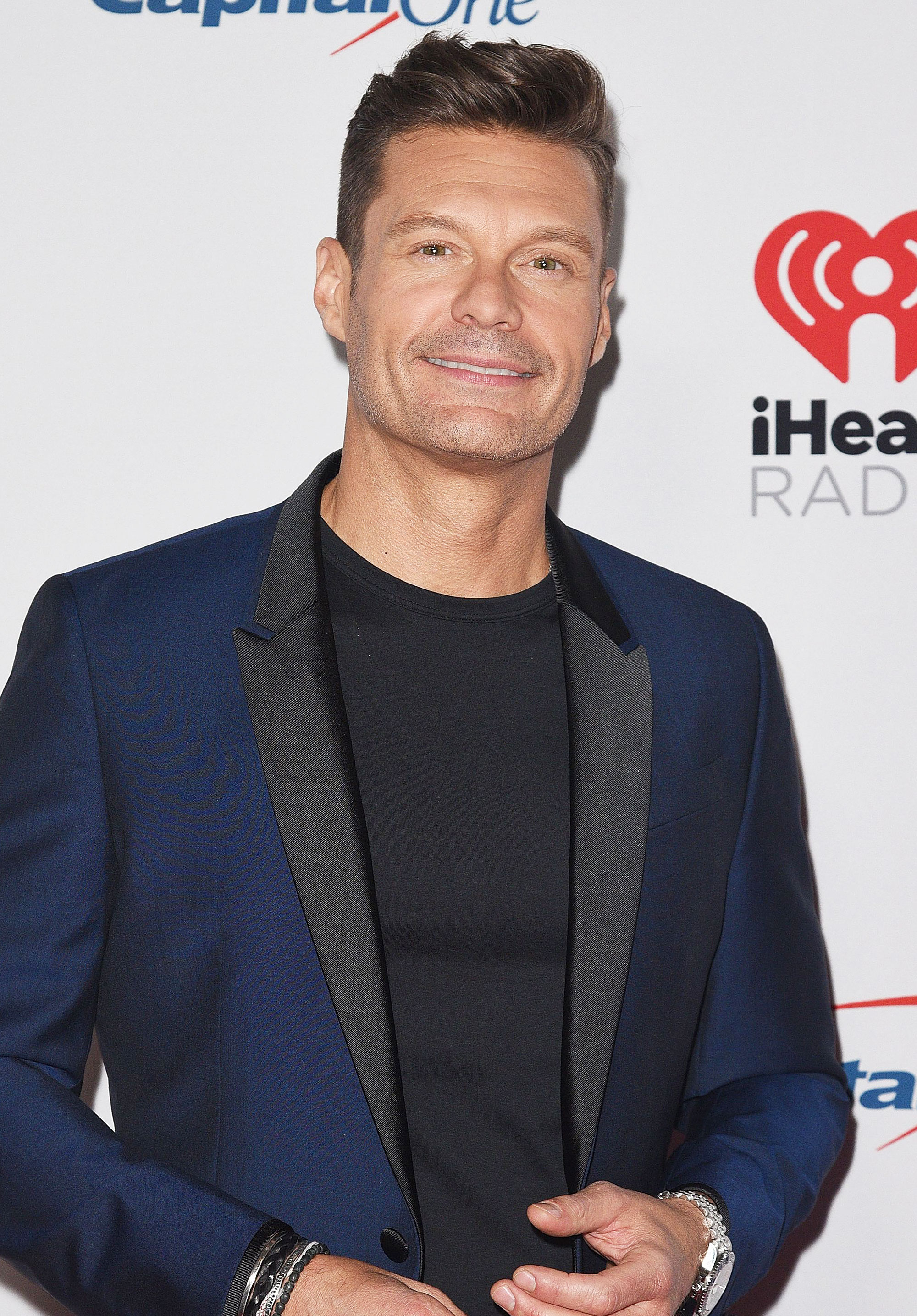 The television producer took his tumble in stride and posted the clip to his Instagram in January and wrote, “First fumble of the new season. Hope I make the playoffs….”

Seacrest might have encountered some bumps in the road on live television but his personal life has been smooth sailing. In September 2019, the TV personality confirmed on Live With Kelly and Ryan that he had reunited with his girlfriend, Shayna Taylor, after the couple had split in February of the same year.

One year earlier, Seacrest told Us Weekly that he and the 27-year-old model keep their relationship fresh by trying new things together.

“We decided that we’re going to learn a few things — I call them pursuits — but we’re gonna learn a few things that are outside of work for me, right? ‘Cause I’m working all the time,” he said in September 2018. “Our first attempt is tango dancing. We’ve had two lessons. I’m starting to get the point where it’s frustrating, but I’m trying keep my cool. We will on a date night eventually attempt to do it somewhere for fun. Right now we’re just in the practice studio.”

Related posts:
02/14/2020 Celebrities Comments Off on Ryan Seacrest Jokes That He'll Be 'Known for' His Chair Fall
Recent Posts
We and our partners use cookies on this site to improve our service, perform analytics, personalize advertising, measure advertising performance, and remember website preferences.Ok