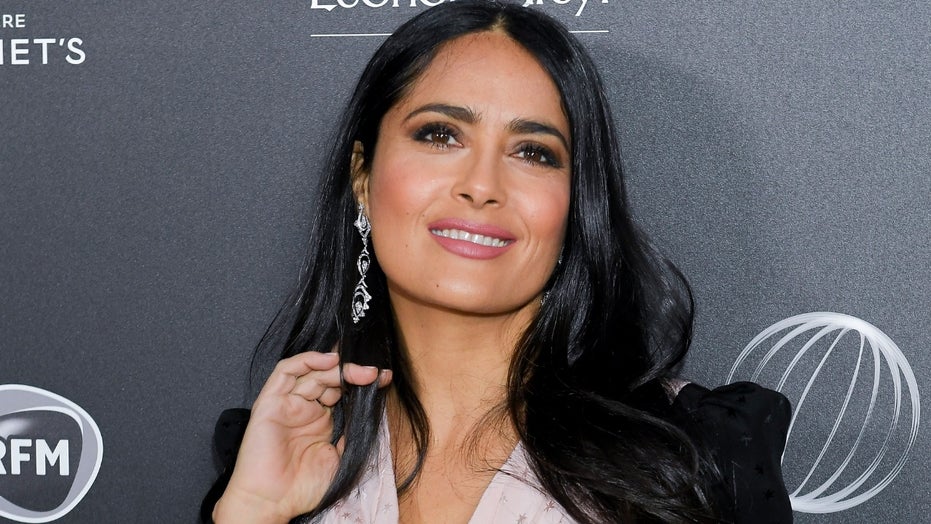 Salma Hayek is opening up about how her earliest movie role caused her a great deal of sadness.

The 54-year-old star appeared on Dax Shepard’s “Armchair Expert” podcast on Monday where she reflected on her breakout role in 1995’s “Desperado” opposite Antonio Banderas.

The award-winning actress remembered being grateful for landing the part of Carolina, but admits she wasn’t aware she’d have to film a sex scene until after production started.

“So, when we were going to start shooting, I started to sob, ‘I don’t know that I can do it. I’m afraid,'” Hayek recalled to Shepard and his co-host Monica Padman.

SALMA HAYEK ADDRESSES CLAIMS SHE MARRIED HER HUSBAND FRANÇOIS-HENRI PINAULT FOR ‘MONEY’: ‘THINK WHAT YOU WANT’ 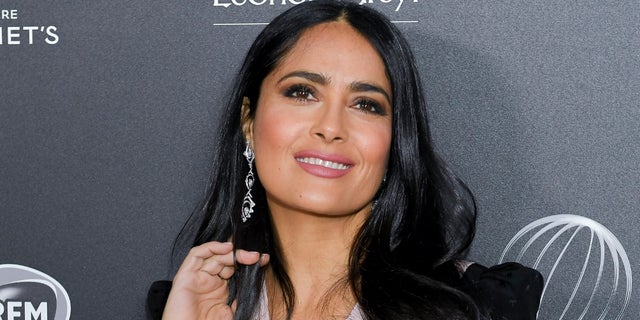 Hayek said she and Banderas filmed the scene on a closed set with director Robert Rodriguez and his then-wife, producer Elizabeth Avellán, with who she said she had close bonds.

“One of the things I was afraid of was Antonio — he was an absolute gentleman and so nice, and we’re still super close friends — but he was very free. It scared me that for him, it was like nothing. I started crying, and he was like, ‘Oh my God. You’re making me feel terrible.’ And I was so embarrassed that I was crying,” she continued.

The “Frida” star stressed that Banderas and Rodriguez “never put pressure” on her, but she still remembers vivid details of the experience.

SALMA HAYEK, 54, WOWS IN PURPLE BIKINI, REVEALS WHAT SHE’S GRATEFUL FOR AHEAD OF THE NEW YEAR

“I was not letting go of the towel,” she remembered. “They would try to make me laugh. I would take it off for two seconds and start crying again. But we got through it. We did the best with what we could do at the time.” 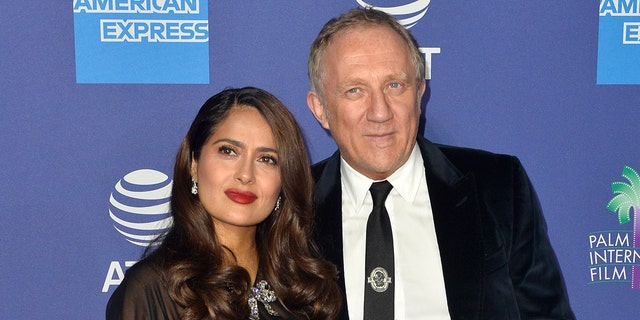 The ‘Bliss’ actress and the French billionaire François-Henri Pinault tied the knot in 2009 and share two kids together.
(Jerod Harris/FilmMagic)

“Desperado” helped launch the Mexican-American star’s career, and she’s now been in the biz for three decades.

Elsewhere in the interview, Hayek dished on her 2009 marriage to wealthy French businessman François-Henri Pinault. She has faced claims and rumors that she only ended up with the Kering CEO for his cash, which she denied.

“You know the thing is that in pictures you cannot begin to guess the magic in him,” said the Oscar nominee. “He’s made me become a much better person, and grow in such a good, healthy way.”

She continued: “And you know when I married him, everybody said, ‘Oh, it’s an arranged marriage, she married him for the money. I’m like, ‘yeah, whatever, b—h.’ Think what you want: 15 years together, and we are strong in love.”