Steph McGovern, 37, joined team captain Lee Mack, 51, and Strictly Come Dancing star Joe Sugg, 28, on the BBC One comedy show Would I Lie To You? last week. The former BBC Breakfast star was tasked with having to bluff her way through a story with the opposing team having to determine if she was telling the truth or not.

Steph recalled a bizarre moment in her teenage years where she threw her knickers at actress Jennifer Saunders, 61, who is best known for her role in the comedy series Absolutely Fabulous and was also on the BBC show.

Speaking on the show, she divulged about her and a pal: “Matt and I threw knickers at Jennifer Saunders.”

The Absolutely Fabulous star looked stunned as she quizzed: “Where?”

To which Steph replied: “At Liverpool Empire.” 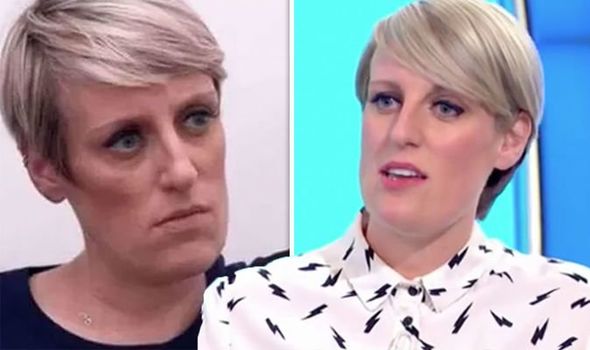 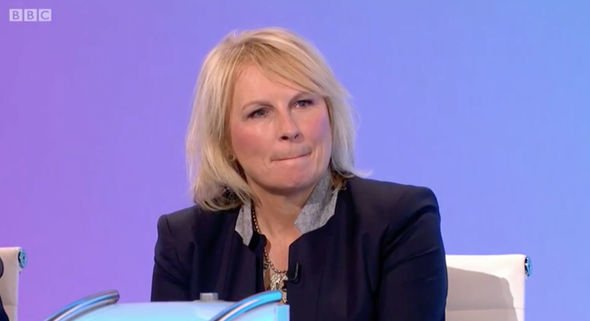 The business correspondent revealed she had attended a French and Saunders show, when the pair attempted to get the comedy legend’s attention by throwing underwear.

Jennifer quizzed further: “Why were you throwing pants?”

“Because Matt and I are big fans of French and Saunders,” Steph replied. “And we thought that it would be a creative way to get your attention and to tell you that we think you’re brilliant.”

Team captain David Mitchell asked the comedian: “Did it get your attention?” 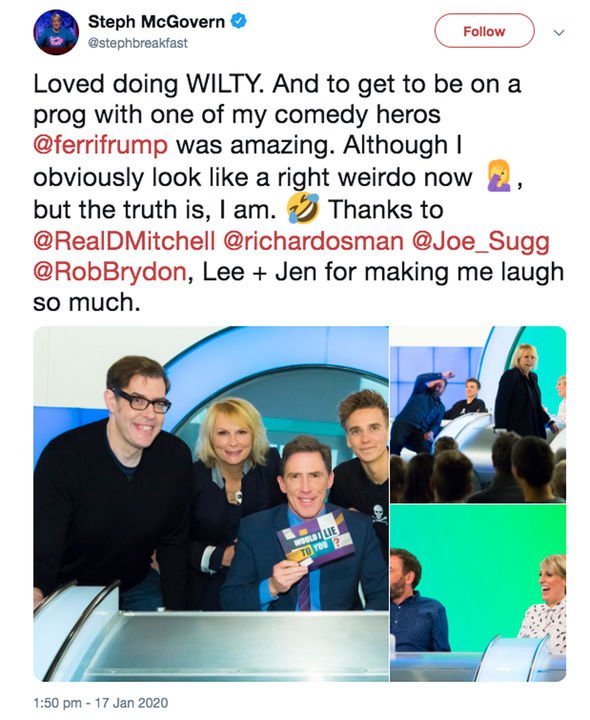 Jennifer bluntly stated: “No. I don’t remember that at all.”

Steph did not stop there as she continued the bizarre tale admitting something else caught the comedian’s attention instead.

“But the windmill got your attention,” the former BBC star chuckled.

“Pardon?” Jennifer said as she appeared somewhat disturbed by the hilarious story.

Steph continued: “So we decided – as a back up – we would also make windmills with your face on. So we made one of Dawn French and one of you.”

Lee joked: “Can I just say, is this going to end in a restraining order?”

The studio audience erupted into laughter at the cheeky swipe as the panel guessed whether Steph’s story was true or not.

It was later confirmed that the former BBC star was indeed telling the truth as her pal confirmed: “I’m Matt and together Steph and I threw knickers at Jennifer Saunders.”

Steph later took to Twitter to talk about the “weird moment”, saying she’d had an “amazing” time on the programme.

In view of her 36,000 followers, she tweeted: “Loved doing WILTY. And to get to be on a programme with one of my comedy heroes @ferrifrump was amazing. Although I obviously look like a right weirdo now , but the truth is, I am. Thanks to @RealDMitchell @richardosman @Joe_Sugg @RobBrydon, Lee + Jen for making me laugh so much.”(sic)

Fans flocked to comment on the post, as one person said: “Absolutely loved it, so much talent in that studio! This one’s for you, Steph!”

Another person commented: “Was very funny, but knew your story was true, which made it funnier for some reason.”

While a third person added: “We enjoyed it, especially your interaction with Jennifer Saunders.”