Sylvester Stallone may by 74, but he’s lifting weights like he’s still in his 30s and starring in ‘Rocky’ movies.

Sylvester Stallone‘s new workout video is the fitness motivation we didn’t know we needed. The legendary actor, who is 74 but doesn’t look a day over 40, shared a new video of himself lifting a pair of very “heavy” 45lb. plates and it’s incredible to watch.

“Good ‘heavy’ morning! Punching hard till the final bell…,” Sylvester captioned the video below, while showing off one of his insane workouts with Khloe Kardashian’s trainer Gunnar Peterson. And like us, one of Sylvester’s 13 million Instagram followers couldn’t believe the strength the actor still has to this day.

“Almost 75 yrs of age and still a beast going strong,” one commenter named Joseph Scaduto said. Another called him a “legend”, while one added, “You’re a superman, shows us all age is just a number but i sweated just watching that”.

If we’re being completely honest, Sylvester has always looked incredible, but we can’t get over how much he’s still in the amazing shape he was throughout the late 70s and early 80s, when he starred in the original Rocky movies. Like we said, Sylvester is nearly 75, and he still lifts like his much younger self. It’s so inspiring to see. 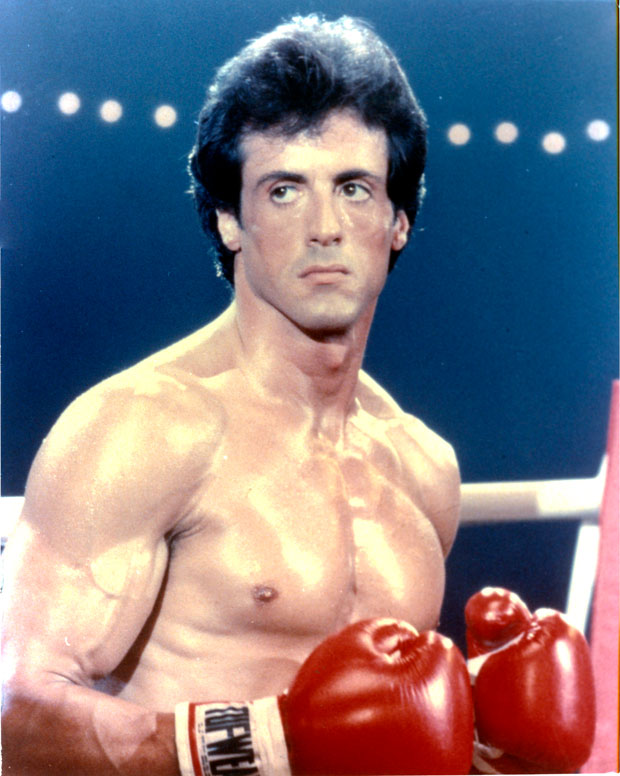 At the time that Sylvester starred in the first few Rocky movies, he was in his 30s, and now, he’s in his 70s and proving he’s still in true Rocky form, while inspiring people along the way — including Justin Bieber.

The singer recently served some Rocky Balboa vibes while running around in sweats and a headband on the set of one of his music videos. At one point, Justin was even seen practicing some boxing moves, which was totally reminiscent of the ’80s classic.

Who will be the next celebrity to channel the muscular actor? Only time will tell.