Ree Drummond has the perfect make-ahead holiday dessert that makes her nostalgic about her childhood. The Pioneer Woman star’s recipe for cinnamon apples is a beautiful Christmas dessert option that can be served with a store-bought pound cake and ice cream.

Ree Drummond said cinnamon apples reminds her of her childhood

Drummond demonstrated how to make her easy cinnamon apples recipe on an episode of The Pioneer Woman. “It’s a dessert I remember from my childhood,” she explained. “And you have to know about it, just in case they’ve never crossed your path.”

The recipe takes no time to make and can be served in a variety of ways. Drummond started making a syrup by combining water, brown sugar, and cinnamon candies in a saucepan. “Yes, the whole candies go in,” she confirmed about the unique ingredient that gives the dish its cinnamon flavor.

The Pioneer Woman star stirred the ingredients together and allowed the syrup mixture to “bubble up and cook for about 10 minutes until the candies are dissolved.” 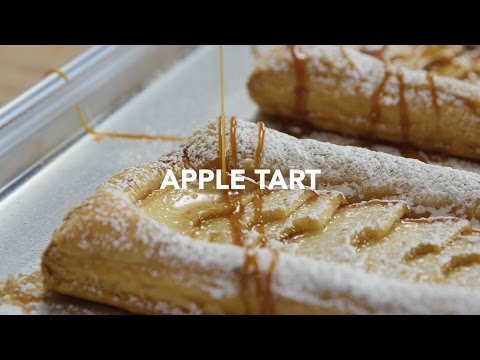 Drummond prepared the apples while the syrup cooked, peeling the fruit and cutting them into eighths. She placed the apples into the pan with the syrup and cooked everything together for 5 minutes, then removed the fruit from the pan.

She allowed the syrup to boil for 5 more minutes, explaining that the color and flavor “gets more intense” as it cooks.

Drummond poured the syrup over the apples in a bowl, then covered it with plastic wrap, and placed the fruit and syrup in the refrigerator for 4 hours. After chilling in the syrup, the apples turned a beautiful bright red color and absorbed the cinnamon flavor. 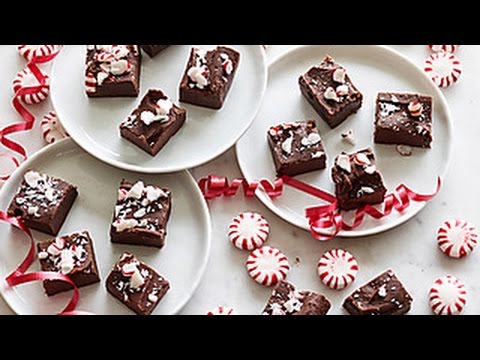 To assemble the dessert, Drummond first toasted an easy pre-made cake. “I took the easy route and used store-bought pound cake,” she explained. “Very, very easy. And I just spread the pieces with butter and put them on a griddle. They’re so crisp and golden and perfect.”

Drummond explained that the cinnamon apples can be served alone, as-is, but she likes to plate them with cake and ice cream with some of the syrup so it soaks into the cake. She placed the cake on a plate, scooped ice cream on top, and spooned the apples on the dessert.

“Now these are really delicious if you just cook them for a few minutes in the syrup and serve them but you won’t have this dark, beautiful red color unless you let them sit in that syrup,” The Pioneer Woman star explained. “Oh how pretty.”

Drummond spooned a bit of extra syrup over the dessert for extra sauciness and added a sprig of mint. “So pretty,” she said. “It is absolutely splendid.”

The full recipe is available on the Food Network website.

12/20/2021 Celebrities Comments Off on 'The Pioneer Woman': Ree Drummond's Cinnamon Apples Recipe Is a Perfect Make-Ahead Holiday Dessert From Her Childhood
Recent Posts